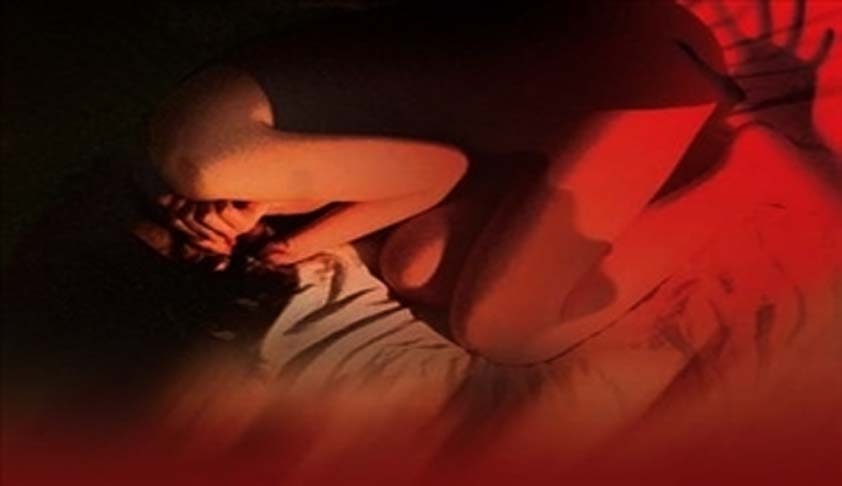 In a significant judgment rendered on September 22, 2020, the Delhi High Court has discussed in detail the legislative intent and applicability of "reverse burden" under Section 29 of the Protection of Children from Sexual Offences Act 2012 (POCSO). The single Bench of Justice Anup Jairam Bhambhani was considering the bail application of a 24-yr-old man, accused of coercing a...

In a significant judgment rendered on September 22, 2020, the Delhi High Court has discussed in detail the legislative intent and applicability of "reverse burden" under Section 29 of the Protection of Children from Sexual Offences Act 2012 (POCSO).

The single Bench of Justice Anup Jairam Bhambhani was considering the bail application of a 24-yr-old man, accused of coercing a 17 yr-old girl to have sexual intercourse with him, at the threat of publicizing her private pictures, taken against her consent.

The High Court has held that the presumption under Section 29 of POCSO Act is triggered only after commencement of trial, i.e. not before framing of charges

Whereas the bail applicant had contended that he should be enlarged on bail since the investigation is complete and the charge-sheet in the matter has been filed, the prosecution had pleaded the application of Section 29 of POCSO to contest bail.

Section 29 of the POCSO Act creates a 'presumption of guilt' on the part of the accused if he is prosecuted for committing, abetting or attempting offences under Sections 3, 5, 7 and 9 of the Act.

The prosecution argued that since charges have already been framed in the matter, section 29 of the POCSO Act will apply with full vigour, whereby the court must presume the applicant to be guilty of the offences charged till he proves otherwise; and bail must not be given.

The Court observed that while hearing a bail application for offences alleged under the POCSO Act, certain very significant factor requires to be addressed, in addition to general principles of granting bail.

It noted that while ordinarily there is a 'presumption of innocence' vis-a-vis an accused, Section 29 of the POCSO Act reverses this position. Therefore, the Court proceeded to examine whether the reverse burden of proof shall be factored in while granting bail, or not.

To this end, the Court has considered the following questions:

1. Since section 29 says "(w)here a person is prosecuted" for committing an offence inter alia under sections 3, 5, 7 and 9, the special court "shall presume" an accused to be guilty, when can a person be said to be prosecuted?

Since the terms 'prosecution' or 'prosecuted' have neither been defined in the POCSO Act nor in the CrPC, the Bench referred to the Black's Law Dictionary 8th Ed. which defines it as "a criminal proceeding in which an accused person is tried."

Emphasizing on the word "tried", the Court observed that the phrase "person is prosecuted" appearing in Section 29 actually refers to the stage when "trial commences". To that extent, it held, the word "prosecuted" has been used in the sense of "tried".

The Court clarified that at the stage of taking cognizance, "it is the offence and not the offender" that is subject matter of proceedings before the court. Thus, it cannot be said that upto the stage of cognizance, an accused is being prosecuted.

As a sequitur therefore, the Court held that a person must be deemed to be prosecuted "only when trial commences" against him.

Reliance was placed on Hardeep Singh v. State of Punjab & Ors., whereby the Supreme Court categorically held that the "trial" commences only on charges being framed.

Conclusion: a person can be said to be prosecuted only after commencement of trial, i.e. after framing of charges.

When and at what stage does the 'presumption of guilt' as engrafted in section 29 get triggered?

To answer this question as to when the presumption of guilt gets triggered, the Bench referred to judgments of various High Courts in POCSO cases, holding that "such presumption comes into play only when the prosecution has established facts that form the basis of the presumption."

Notably, in Sahid Hossain Biswas v. State of West Bengal, the Calcutta High Court held that before reverse burden is triggered, the prosecution must first establish the "foundational facts" constituting the charge. It said,

"In order to prove a contrary fact, the fact whose opposite is sought to be established must be proposed first. It is, therefore, an essential prerequisite that the foundational facts of the prosecution case must be established by leading evidence before the aforesaid statutory presumption is triggered in to shift the onus on the accused to prove the contrary.

Once the foundation of the prosecution case is laid by leading legally admissible evidence, it becomes incumbent on the accused to establish from the evidence on record that he has not committed the offence or to show from the circumstances of a particular case that a man of ordinary prudence would most probably draw an inference of innocence in his favour."

Similar views were expressed by the High Courts of Bombay and Kerala.

"the presumption of guilt engrafted in section 29 gets triggered and applies only once trial begins, that is after charges are framed against the accused but not before that."

It added that if a bail plea is considered at any stage "prior to framing of charges", then Section 29 has no application since upto that stage an accused is not being prosecuted.

"If a bail plea is being considered before charges have been framed, section 29 has no application; and the grant or refusal of bail is to be decided on the usual and ordinary settled principles," it emphasized.

Does the presumption apply only at the stage of trial or does it also apply when a bail plea is being considered?

The Court was of the opinion that applying Section 29 to bail proceedings at a stage before charges are framed, would in effect mean that the accused must prove that he has not committed the offence "even before he is told the precise offence he is charged with".

Stating that the same shall do "violence to all legal rationality," the Court opined that the presumption under Section 29 cannot arise before charges are framed.

"Only when the trial court frames charges, does it form a prima facie opinion that there is a case for the accused to answer and defend. At the stage of framing charges, the trial court may decide not to frame charges against an accused under any of the sections mentioned in section but under some other provision; or, it may not frame charges against all accused persons under those sections."

"If the presumption of guilt is taken to arise even before charges are framed, say when a court is considering a bail application, then the court will have to afford to the accused an opportunity to prove that he has not committed the offence; which would require the court to conduct a mini-trial, even when it is only considering a bail plea. What then would remain to be done during the trial itself ?" the Court remarked rhetorically.

It proceeded to opine,

"It is not the purport of section 29 that a mini-trial should be conducted at the stage of deciding a bail application. No such concept is known to law. Requiring production and analysis of evidence to form an opinion on the merits of the allegations; and to express a view on such evidence, is certainly not within the remit of a court considering a bail plea."

"Since reasoning is the soul of every adjudicatory process, if a court were to give reasons and express an opinion as to whether an accused had succeeded or failed to rebut the presumption of guilt when hearing a bail plea, even if on a prima facie consideration, it would prejudice the trial itself."

Nevertheless, the Court examined the position on an assumption that the presumption of guilt contained in Section 29 applies from the stage of registration of the FIR itself.

The Court examined that if an accused is presumed guilty as early as a FIR is lodged, will the accused be permitted to marshal defence evidence even before charges are framed at the stage of considering his bail plea?

Expressing its variance over such an interpretation, the Court said,

This, the Court said, shall amount to depriving a person of his life or personal liberty in an unjust manner. Reliance was placed on Maneka Gandhi v. Union of India & Anr., (1978) 1 SCC 248.

"Section 29 has been engrafted in the POCSO Act does not mean that the presumption of innocence, which is a foundational tenet of criminal jurisprudence, is to be thrown to the winds. If section 29 is so interpreted as to apply it to the stage even before charges are framed, it would not pass constitutional muster since Article 21 of our Constitution requires that all substantive as well as procedural provisions must be reasonable, just and fair, as held inter alia in Maneka Gandhi (supra). Such interpretation of section 29 would also render the right of the accused to a fair trial nugatory and dead letter, which would again do violence to the constitutional guarantee contained in Article 21."

The Court emphasized that a very important consideration for grant of bail is to allow an accused the liberty to prepare his defence, so that this right guaranteed under Article 21 is real and not merely chimerical.

"However, if at the stage of considering a bail plea even before charges are framed, a court is to form an opinion on the merits of the evidence, what then would be the purpose of granting bail to an accused to prepare his defence for a fair trial?", the Court remarked.

Does the applicability or rigour of section 29 depend on whether a bail plea is being considered before or after charges have been framed?

As mentioned above, the Court held that the presumption under Section 29 is triggered only after commencement of trial, i.e. framing of charges.

However, a dilemma that the Court faced was:

Justice Bhambhani was of the opinion that if the accused is asked to disclose his defence or to adduce evidence in his defence even before the prosecution has marshalled its evidence, the same would be "anathema to fundamental criminal jurisprudence".

He remarked that even for a stage after charges have been framed, Section 29 cannot be applied in absolute terms to a bail plea without doing violence to the 'due process' and 'fair trial' tenets read into Article 21 of our Constitution.

To remedy the same, he opined that the impact of Section 29, even after charges are framed, would only be to "raise the threshold of satisfaction" required before a court grants bail.

If the court finds that the evidence adduced by the prosecution is admissible and ex facie credible, and proving it during trial is more a matter of legal formality, it may decide not to grant bail. If, on the other hand, the court finds that the evidence before it, is either inadmissible or, is such that even if proved, it will not bring home guilt upon the accused, it would grant bail."

The Bench further held that the court would also factor in certain real life considerations, illustrated below, which would tilt the balance against or in favour of the accused:

In the case at hand, even though trial had commenced and charges had been framed against the accused, the Court allowed the bail plea. It noted inter alia, that the complainant and the bail applicant were at an age when a reciprocal physical relationship between them was not so young. Further, there was no element of brutality in the allegations and it was not a case where the accused had tried to threaten the complainant between the registration of FIR.