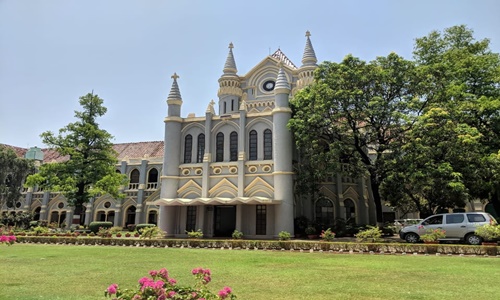 The Madhya Pradesh High Court has held that a charge of Bank on the leasehold plot mortgaged as security towards loan will have priority over other charges of third party, including the State. The observation has been made in reference to SARFAESI Act 2002 and Recovery of Debts and Bankruptcy Act, 1993. The order states, "Since Sections 26-E of Act of 2002 and 31-B of...

The Madhya Pradesh High Court has held that a charge of Bank on the leasehold plot mortgaged as security towards loan will have priority over other charges of third party, including the State.

The observation has been made in reference to SARFAESI Act 2002 and Recovery of Debts and Bankruptcy Act, 1993.

The observation was made by a Division Bench of Acting Chief Justice Sanjay Yadav and Justice Rajeev Kumar Dubey, in a writ petition filed by the Bank of Baroda, asserting that Banks have a priority right for recovery of their dues.

As per the facts of the case, M/s Anmol Agro Pvt. Ltd. had availed the credit facilities from the Bank and for securing the repayment thereof, it sought to create mortgage of various immovable proprieties in favour of the Bank, including lease hold rights of the property in question.

Upon failure of the firm to repay the loan, the Bank auctioned the property and sought transfer of its leasehold rights in favour of the successful bidder.

The District Industrial Centre refused such permission on the ground that M/s Anmol Agro Pvt. Ltd. has not repaid the subsidy amount received by it from the Department and has not paid lease rent.

Aggrieved by this, the Bank approached the High Court seeking transfer of lease-hold right in favour of auction purchaser, on the ground that the mortgage deed was executed after obtaining NOC and that the auction proceedings were under the SARFAESI Act, for recovery of outstanding dues against the Bank.

The District Industrial Centre had urged that Clause 41 of the lease agreement covenanted that "on the request of bank/financial institution and the lessee, permission in favour of the concerned bank/financial institution, as referred to in the rules, will be granted as per prescribed format, by the lessor regarding assignment of lease hold rights. In all circumstances, the charge of the Department of Commerce, Industry and Employment on land/shed shall be over and above any subsequent charges to be created".

Thus, it was argued that as per stipulation in Clause 41, the State Government has first charge, over and above any financial institution. It was urged that even while granting NOC for creating mortgage in favour of the petitioner-Bank, it was the condition of NOC that the Department will have priority right.

It was further submitted that the execution of lease in favour of the auction purchaser can only be after the dues of erstwhile lessee are cleared.

The Bench perused Section 26 of the SARFAESI Act which gives priority to secured creditors. It provides that after the registration of security interest, the debts due to any secured creditor shall be paid in priority over all other debts and all revenues, taxes, cesses and other rates payable to the Central Government or State Government or local authority.

A similar stipulation is made under Section 31-B of the Recovery of Debts and Bankruptcy Act, 1993.

"These Sections start with non-obstante clause, thus giving an overriding effect over any other law in case of a conflict," the Bench noted.

So far as a direction to the District Industrial Centre to execute a lease in favour of the auction purchaser is concerned, the Court concurred with the Respondent that it can be done only after its dues are cleared.

"While holding that the petitioner-Bank has the priority right to recover its dues from the secured assets, cannot however insist upon to execute the lease deed in favour of the third party without settling the dues of the District Industrial Centre," the Court ordered.

It reasoned that the NOC merely granted permission for conveyance of leasehold right in favour of Bank on satisfying the conditions stipulated therein. However, there was no instrument/ order empowering the Bank to further assign the leasehold right of the land in question in favour of the auction purchaser.

"It must be remembered that a mortgage is a transfer of an interest in a specific immovable property as security for the repayment of a debt. In case where the property in question is a leasehold property, as in the case at hand, and the lessor is not a privity to the credit facility/debt and has only consented for conveying such property in favour of creditor on express terms, then the creditor, in our considered opinion, will be bound by these express terms irrespective whether the creditor is a Bank/Financial Institution or the private person," the Court held.

"Since the permission of conveyance of leasehold right in favour of Bank is granted with express terms and conditions, it is reiterated that the Bank if they desire for execution of lease deed are bound to pay the arrears of rent."