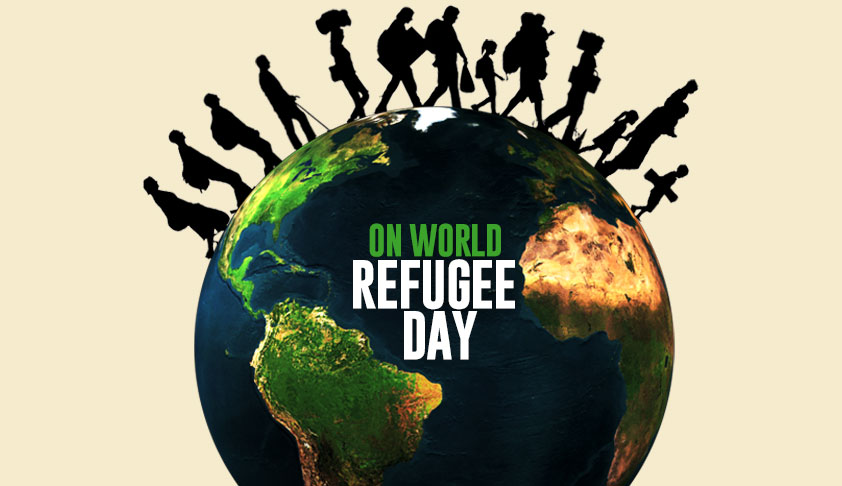 The notion of a ‘refugee crisis’, so heavily judgment-driven and emotionally charged, has, through its continuous replication, achieved so far three objectives: the impression of consensus, the reproduction of societal norms and stereotypes, and the evasion of political and social critique. In India, the challenge took a toll last year when the Central Government announced the deportation...

The notion of a ‘refugee crisis’, so heavily judgment-driven and emotionally charged, has, through its continuous replication, achieved so far three objectives: the impression of consensus, the reproduction of societal norms and stereotypes, and the evasion of political and social critique. In India, the challenge took a toll last year when the Central Government announced the deportation of 40,000 Rohingya refugees. Growing alongside the rise in populism is the opposition ‘between insiders and outsiders’. People who arrive in India from different cultural backgrounds are perceived as threatening ‘our way of life’ and diminishing or replacing Indian culture. The core of our article is surely not at all advocating for refugee rights or talk on some angles from international law perspectives. The point we are trying to draw here is what could be the best possible practice available. How to strike a balance between international comity and norms in contrast to the national security issues of the receiving state? And what could possibly be the issue which we, as an individual, need a clear understanding of?

The Intricate Issue- Politics of Numbers

According to a report sent to the Ministry of Home Affairs (MHA), nearly 40,000 Rohingyas are currently staying in various parts of the country. The intelligence report, accessed by Zee Media, claims that as many as 40 organisations have been identified, which are allegedly involved in the business of settling down these Rohingyas illegally and are even collecting money from all over the country.

The core issue that inventive methodologies dealing with refugees in India are unlikely to solve is the so-called ‘politics of numbers’. This politics concerns how institutional interests and agendas of the actors of a particular policy field shape decisions about how migrants are counted and what kind of numbers are ultimately disseminated in the public sphere.  This is interrelated with the politics of numbers insofar as different methods produce different numbers of the object to be quantified. In brief, methodological heterogeneity – the usage of different definitions, methods and data sources by different Institutions and other producers of migration statistics – makes cross-country comparison of migration data ‘difficult and confusing’.  The same is witnessed worldwide as well as in India. For example, according to Eurostat figures, the UK reported 42,403 immigrants from Poland in 2015, while Poland reported sending only 11,682 emigrants to the UK. One reason for this divergence lies in the usage of different methods for the production of migration statistics across countries.

The accessibility of established methodologies for assessing the results of ground-breaking methods is particularly important in the context of data since these data sources have usually been generated for different purposes than the production of migration statistics. Consequently, the usage of alternative data sources like mobile phone or Twitter data raises several methodological issues, such as selection bias. Mobile phones and Twitter are, for instance, not used equally by all groups of migrants.

Showing what the numbers actually mean is important, as the media often gives information without any real perspective. While the media often uses the correct statistics, merely saying that there are some hundreds of thousands of refugees set to arrive in India in any given year gives people the wrong impression. Furthermore, labelling the amplified influx a ‘crisis’ already adds extra weight to it, whether it deserves it or not. From a political perspective, it does make sense, as calling something a crisis usually denotes a call for action. While this was and is still definitely needed, the genuine sense of concern came coupled with fear and xenophobia. The rise of political parties throughout India opposed to migration, depicting the ‘hordes of migrants’ as bad for society, can lead to the argument that the ‘crisis’ is rooted in fear of the unknown, driven forward by xenophobia. If it is not a ‘refugee crisis’ in numbers, as the above-mentioned arguments show, why then can one still speak of a ‘crisis’?

A Pioneering Solution - Therapeutic Jurisprudence (TJ) and Role of NGOs

Being a member of the International Society for Therapeutic Jurisprudence, we can safely say that Therapeutic Jurisprudence (TJ) is the “study of the role of law as a therapeutic agent”. We have been working on the refugee crisis for some time now. We have been reading extensively about the on-going discussions pertaining to refugees. We feel there is a need to view the same, through the lens of TJ. Probably, the definition which we learnt and stated at the beginning of our discussion would perfectly be deployed to squeeze out some solution-based policy structures to deal with the ongoing refugee crisis in Myanmar. Talking of the jurisprudential angle here, we have certain peacekeeping obligations that international law creates for mutual co-operation between states. And, then we have these municipal laws which correspond to a state’s approach to the governance and laws in the said ambit.

Speaking in the Indian context, we have Article 21 of the Indian Constitution, which enshrines on all persons the right to life and personal liberty, which could be curtailed by the procedure established by law. So, we have the law, we have the subject matter of the law, i.e., the designated group of people and a problem worth working upon. With the given structure, we need to employ TJ and tackle the same in a modern yet accommodative fashion.

In India, the whole issue of refugee crisis has taken a purely political colour with the advent of time. The present government seems to find these refugees as potential fodder to radical groups present in the country. Apart from the national threat angle, the pressing religious colour to the whole issue has also polarized the views when advocating human rights for all. The question worth pondering upon would be: could local secular organisations (LSOs) be worthy enough to tackle a part of the problem, if not in totality?

Our TJ research has made us realize the fact of a possibility, and one such model could be the predominance of LSOs over faith-based organisations (FBOs) in India. For example, in Hyderabad, the Confederation of Voluntary Associations (COVA), a non-governmental organization (NGO), helps the Rohingyas obtain UNHCR cards, which are valid for two years. COVA monitors the refugees in getting them the UNHCR card. They also coordinate with the police to give them records about the refugees. The refugee card comes in slots after the interview has been taken and it has a validity of two years. Some benefits of LSOs would generally be: they have a local viewpoint, knowledge and skill base.

Another such example could be the Khudai Khidmatgaar established in Delhi. Its national convener Faisal Khan has been awarded Rashtriya Sadbhavana award 2018 by Morari Bapuji. Morari Bapuji is a renowned exponent of the Ram Charit Manas and has been reciting Ram Kathas for over 50 years throughout the world. Indeed this is an acceptance of ideology and work of Khudai Khidmatgaar in nation building as well as social harmony. A secular organisation over faith-based organisations is doing marvels in Delhi by organising many donation drives and also understanding the grassroots issues pertaining to refugees in Delhi precisely.

LSOs have been a powerful tool for advocacy work both at local and national levels, making known the plight of the forgotten displaced and untouched refugees. The ‘faith label’ of an NGO can also act as a barrier rather than a bridge. In contexts where religious identity has been conflated with a political position, being identified as a ‘Muslim organisation’ has made the situation more complicated.  But, the same is not the case with local secular organisations.

There is an association between Islamic terrorism and exaggerations of cultural differences akin to regional superiority.  This creation of a threatening migrant, through public and political discourse, has framed refugees as a security issue. Instead of seeing the humanitarian disaster, the actions of a few migrants have led to a causal link between migration and criminal activities.

But it is also important to recognize that local demands for rights are not uncomplicated.  They can sometimes heighten conflict between social groups. Local action can also result in significant push-back and repression from the nation-state. At the same time, social conflict and the punitive actions of nation-states can also work to facilitate legal scrutiny of rights claims in the courts, sometimes to the advantage of those seeking expanded protections for migrants. Indeed, it is within the context of such ongoing struggles that significant social change is most likely to occur. Unfortunately, populism, region-centralism and the state-sensitive nature of migration policy all are contributing to the increasing view of a threatening migrant and an uneven distribution of refugees.

Nabeela Siddiqui has recently completed her Masters in Law (Constitutional Law and Legal Order) from the University of Madras, Chennai. She is the gold medal recipient for the session 2016-2018. She is a member of All India Democratic Women’s Association (AIDWA) and the International Society of Therapeutic Jurisprudence.

Shabin Oruppakkil Shamsudheen is currently a Research Scholar in the University of Madras, Chennai. He is pursuing his PhD in Criminology. His thesis is on Terrorism and his study is primarily on ‘Ex-Militants of Indian Administered Kashmir Valley’.