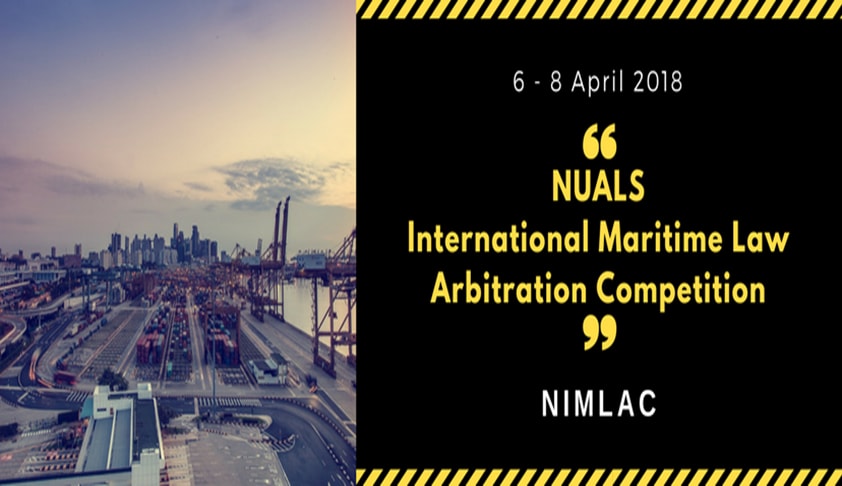 The National University of Advanced Legal Studies (NUALS) has extended an invitation to participate in the 5th edition of the NUALS International Maritime Law Arbitration Competition (NIMLAC 2018) to be held from April 6 to April 8. NIMLAC is one of the few moot court competitions focusing exclusively on the emerging area of maritime arbitration.

The prime objective of organising this moot court competition is to expose law students to the developing frontiers of maritime law, both national and international, while nurturing in them a nuanced understanding of the complex and emerging issues involved therein.

The case study for this year's competition deals with the area of multi-party arbitrations and influence of courts on arbitral tribunal with some cutting-edge maritime issues identified for the teams to base their arguments upon.

The drafting committee for the case-study includes Prof. Robert Merkin QC, who is Lloyd's Professor of Commercial Law at the University of Exeter, and Special Counsel to DLA Piper; Dr. Steven Hazelwood who was a partner in a leading city shipping and insurance law firm and he has taught law at various universities, in England, and around the world.

Participation in the competition is limited to 24 teams. This will be done on the basis of a process of ‘Memorial Elimination’. It is further explained in the rules and regulations of the competition.

The registrations for the moot court competition are now open and teams can register by filling the registration form available on the website.

The pre-invite can be found here.

LiveLaw is the media partner for the competition.