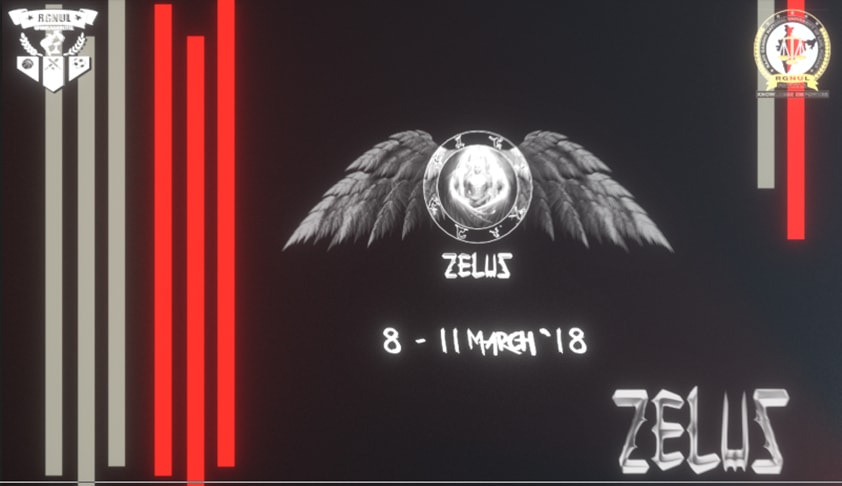 The Sports Committee of Rajiv Gandhi National University of Law, Punjab, has announced its flagship sports fest, Zelus 2018, to be held from March 8 to 11.

RGNUL invites and welcomes you to be a part of the spirit of sportsmanship in the royal city of Patiala by experiencing a fest which is the first of its kind and be one with the rich heritage, lush greens and colourful culture of Punjab.

With a world class infrastructure spanning over 50 acres, smiling faces and unstoppable beats of the music, RGNUL is putting a never before witnessed Punjabi ‘tadka’ to your usual take on sports! The first edition of the event promises unadulterated and unbridled love for the game.

RGNUL endeavours to instil a true a feeling of friendship, camaraderie and brotherhood between the athletes. No matter where you come from, feel the sense of belongingness with the RGNUL family. This sports fest, through the various events, aims to capture the magnetism of sports bringing together students of different universities and diverse fields to give you the ride of your life.

The highlight of the sports fest will be the pre-party, which would officially kick off the fest, planned in the most lavish manner possible which will truly give you a glimpse into the upcoming days of unlimited fun. The driving force behind this party is the belief that breaking off the ice right at the offset would enable every single individual to perform his best and bask in the glory of his true potential and achievements.

Zelus has got a plethora of indoor and outdoor games which is supported by the great infrastructure in the form of an athletics track, volleyball court, tennis court, badminton courts, a football field, basketball courts, a cemented cricket pitch and a well-equipped gymnasium, so there’s something for everyone. Go ahead! Block the dates and get with the spirit of competing and winning like you have never done before and make the event a roaring success.

The formal Pre-invites for the same have been sent out to all the colleges. But first, teams need to send confirmation of their participation to help RGNUL prepare for their arrival. A confirmation email can be sent to zelussportsfest@gmail.com.

The pre-invite can be accessed here.