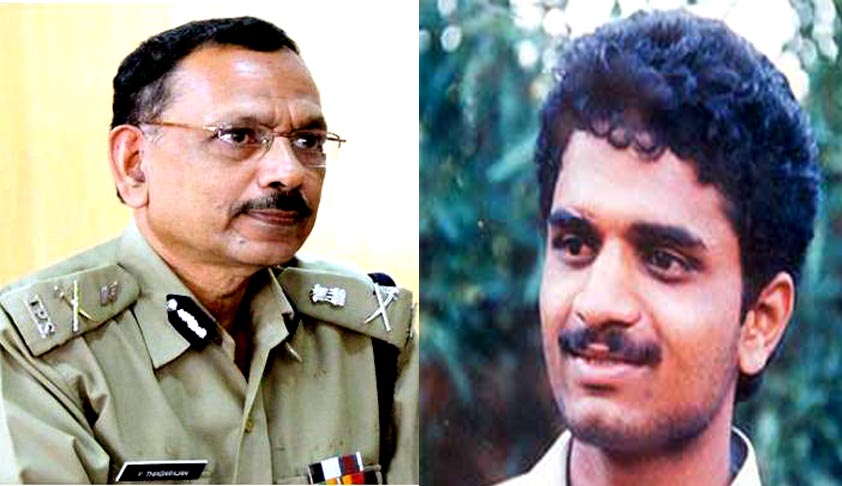 The media on 24th Nov 2013 reported under the caption ‘Former CBI official says he did not record Perarivalan’s confession verbatim’.Mr. V. Thiagarajan, IPS(retired), who was the then CBI Superintendent of Police of the Kerala Branch said that he was assigned the task of recording the statement of accused persons in the Rajiv Gandhi assassination case in 1991. The Hindu reported,...

The media on 24th Nov 2013 reported under the caption ‘Former CBI official says he did not record Perarivalan’s confession verbatim’.

Mr. V. Thiagarajan, IPS(retired), who was the then CBI Superintendent of Police of the Kerala Branch said that he was assigned the task of recording the statement of accused persons in the Rajiv Gandhi assassination case in 1991. The Hindu reported, “A documentary released by the People’s Movement Against Death Penalty (PMADP) claimed that the CBI had failed to record verbatim the confessional statement of A.G. Perarivalan @ Arivu, the convict facing death penalty in the Rajiv Gandhi Assassination Case. Mr. V. Thiagarajan was quoted saying that “Arivu told me he did not know why they asked him to buy that (battery). But I did not record that in the confessional statement. Then the investigation was in progress, so that particular statement I did not record. Strictly speaking, law expects you to record a statement verbatim…... we don’t do that in practice”.

It was also reported that he said, “if he did not know that there was going to be a killing, how can you make him party to the killing. It is illogical; it is against the evidence on record. Therefore, you look at it from any angle it will be miscarriage of justice if the extreme penalty is carried out”. It appears that Mr. Thiagarajan’s concern is confined, i.e. only when the accused is visited with extreme penalty. What about the prolonged incarceration and the ordeal, not to live but merely exist as candidate of death.

On 25th Nov 2013, The Hindu daily reported  quoting former CBI Director D.R. Karthikeyan, who headed the Special Investigation Team (SIT), said that “the investigation was perhaps one of the fairest ever done and our work was applauded by the Court and the Interpol as a model investigation. But he refused to comment further about the case as he is tired of answering doubts over the probe”. But in the same news item, Perarivalan’s mother Arputhammal was quoted saying that “the imprisonment of Perarivalan @ Arivu for over 22 years was unjustified since the conviction was based on a confession statement that lacked clarity and facts”. She was also quoted saying, “we finally see a ray of hope, my family is happy. We welcome the statement of Mr. Thiagarajan”. On the next day, 26th Nov 2013, The Hindu newspaper reported that Perarivalan’s counsel Advocate N. Chandrasekaran that he will move the Court soon seeking to examine the former official again. It was also quoted him saying, “We are not going to leave the matter at this. I will file a petition before the Supreme Court seeking reopening of the evidence. Mr. Thiagarajan should be brought to the box (witness box) again. They designed the charge sheet according to their convenience.”

The above said revelations of former CBI official, Mr. Thiagarajan is an admission of guilt by the officer concerned about his intentional omission and commission, which would attract various offences enumerated in Chapter IX and XI of the Indian Penal Code, viz. Sections 166, 167, 193, 194, 195, 196 etc.  Section 194 says, “Whoever gives or fabricates false evidence intending thereby to cause or knowing it to be likely that he will thereby cause, any person to be convicted of an offence which is capital by the law for the time being in force in India, shall be punished with imprisonment for life or with rigorous imprisonment for a term which may extend to ten years and shall also be liable to fine”.

It is worth mentioning two similar confessions at this juncture. The first incident of revelations by the former Kerala Police Constable Mr. P.Ramachandran Nair that he shot dead Naxal Leader Mr. Varghese on the orders of the then S.P. Vijayan and Deputy Superintendent of Police Lakshmana. It was 28 years after the death of Mr. Varghese, Mr. Ramachandran Nair’s revelations came out and the CBI Court on 28th Oct 2010 sentenced former I.G. of Police in Kerala, Mr. Lakshmana to life Imprisonment in the said case relating to the killing of Naxal Leader Mr. Varghese in a fake encounter case.

The second incident of revelations came out recently from the CPI(M) leader Mr. M.M.Moni, the Idukki District Secretary. Mr. Moni sent shock waves when he declared in a public rally in May 2012 that CPI(M) has resorted to killings political foes and  he listed four such murders which took place in Idukki District in the 1980s. As per his own revelations Police registered 3 cases of murder and conspiracy against him, which are still pending before the Courts.

In the above two incidents, revelations came out after several years of the incident.  Just like the case of Mr. Moni, Mr. Thiagarajan’s self incriminating revelations and remarks also came out with his own confession 22 years after the assassination of former Indian Prime Minister Rajiv Gandhi by an LTTE suicide bomber. The only difference between the former incidents and the incident in hand is that in the former cases the confession related to the commission of the murder itself but in the present one, it relates to the recording of the confession statement of the accused involved in the assassination case. It assumes great importance especially when the said incriminating fact is quite admissible in the said trial since the offence under TADA was involved in that case. Besides during trial he was tendered evidence on oath and if he deflects from the said stand, he could now be prosecuted for perjury also.

Mr. Thiagarajan’s reported statement that, “Arivu said he did not know why they asked him to buy this (battery). I did not record this statement that he did not know (about the batteries), investigation was in progress, so I did not write it. Though strictly speaking, law expects you to record the statement verbatim. But in practice we don’t do that”, is sufficient to prosecute him for an offence under section 194 IPC read with other penal provisions.

These days it has become fashion for retiree public servants to lament with audacity about their omissions and commissions with impunity, the trend has to be checked legally by taking cognizance of the offences committed by them.

Hence criminal prosecution should be initiated against the former CBI official at the earliest by the authority concerned on the basis of his incriminating admission implicating himself.

*Dr. Mariamma.A.K is the Principal of Balaji Law College, Pune