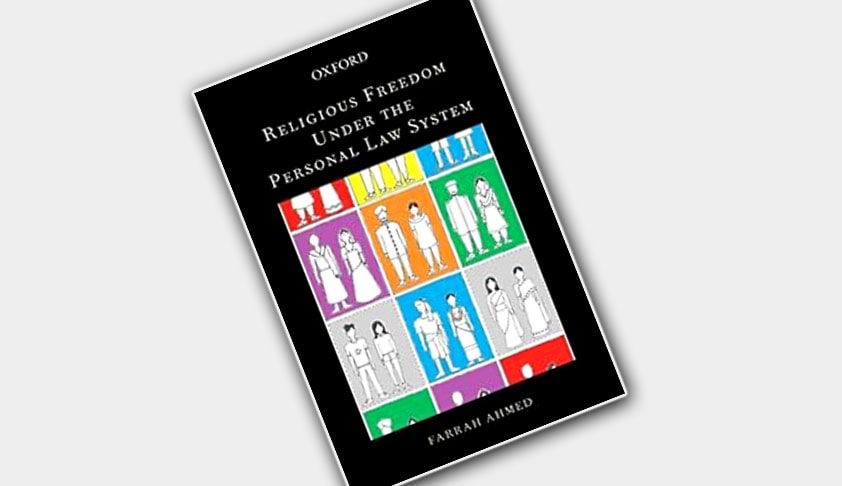 As one reads this book, it is tempting to refer to the two cases currently heard by the Supreme Court together, on the Muslim Personal Law.  In Shayara Bano v Union of India, the petitioner seeks mandamus declaring the practices of Talaq-E-Bidat, Nikah-Halala, and polygamy under Muslim Personal Laws as illegal, and unconstitutional for being violative of Articles 14, 15, 21 and 25 of...

As one reads this book, it is tempting to refer to the two cases currently heard by the Supreme Court together, on the Muslim Personal Law.  In Shayara Bano v Union of India, the petitioner seeks mandamus declaring the practices of Talaq-E-Bidat, Nikah-Halala, and polygamy under Muslim Personal Laws as illegal, and unconstitutional for being violative of Articles 14, 15, 21 and 25 of the Constitution, and to pass such further orders to provide a life of dignity unmarred by any discrimination to Muslim women.

If one reads Chapter 2 of this book, it would suggest that a legal challenge to a practice under Muslim Personal Law can become successful, if it is shown that such a practice has been codified. It is because, as the author notes, the Bombay High court ruling in 1952, in State of Bombay v Narasu Appa Mali still holds the field. In this judgment, the high court held that uncodified personal laws were not ‘laws in force’ within the meaning of Article 13 of the Constitution and, therefore, need not be tested against its provisions.

In Shayara Bano, the petitioner challenges aspects of Muslim Personal Law which are customs or usages, which have not been codified, and therefore are deviations from personal law, and that is why her lawyers feel that the prospects of her succeeding in her petition are bright.

The AIMPLB has, in its interlocutory application, cited the Supreme Court’s judgment in Ahmedabad Women Action Group (AWAG) v Union of India, (1997) which the Court did not consider on merits, because it involves issues of State policies with which the Court will not ordinarily have any concern, and that these issues ought to be dealt with by the legislature.  In AWAG, a number of provisions of both codified and uncodified Hindu, Muslim, and Christian personal laws were challenged based on their inconsistency with the Constitution.

In AWAG, the victims of customs, which are deviations from the Personal Laws, were not before the Court. However, in Bano, not only the petitioner herself is a victim, but many other victims apparently want to join the case lending support to her grievances.

The outcome of Shayara Bano will surely have a profound impact on the discourse on Personal Laws.  While students and scholars of Personal Laws closely the watch the proceedings in this case, this book is a lucid elucidation of the implications that the personal law system has for religious autonomy. The book focuses on three broad conditions and factors that have implications for religious autonomy – group life, self-respect and adequate religious options. The author demonstrates that all the three defences have failed to justify personal law system.

The question whether Uniform Civil Code is an answer to the problem has been answered by the author, under the Chapter, Reform Proposals. The author is of the view that as there are fears that any UCC would essentially incorporate Hindu norms to the exclusion of others, it seems unlikely that it would address our concerns for religious options, self-respect, or enhance group life.  It is possible that such a code would exacerbate our concerns relating to religious autonomy, the author feels.

The author adds that a secular code could just as easily interfere with the option of religious practice. Such a code could – by insisting that people organise their lives according to certain rules – prevent or make it very difficult for them to live according to the religious norms that they would like to follow.

The author also subscribes to the fear that if the UCC is to be made optional, it will not genuinely be an option for many vulnerable persons. If it were made compulsory, there would be the concern that vulnerable persons who are in danger of being coerced into following personal law, will, instead, be coerced into unofficial dispute settlement that might harm their religious autonomy even more than the personal law system would, the author suggests.

In other words, if personal law is abolished, secular law is not the only option.  As the author explains, there are worrying signs that some vulnerable people would, in the absence of personal law, have to accept the verdict of their husbands, families or communities. The unofficial dispute settlement arrangements, according to the author, lack some important (though minimal) safeguards – access to courts, natural justice, and prospective rules – available to those governed by personal law.

The author is a Senior Lecturer at Melbourne Law School, University of Melbourne.