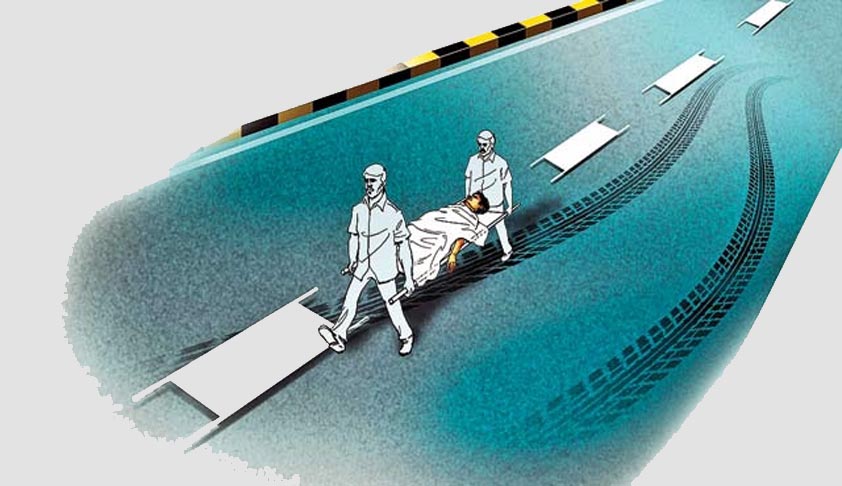 Supreme Court of India in Savelife Foundation & Anr Vs. Union of India & Anr has approved the Centre’s guidelines to protect Good Samaritans, who help road accident victims, from being hassled or harassed at hospitals, police stations or courts.The Ministry of Road Transport and Highways has issued a notification containing guidelines on 12.5.2015 published in the Gazette of India...

Supreme Court of India in Savelife Foundation & Anr Vs. Union of India & Anr has approved the Centre’s guidelines to protect Good Samaritans, who help road accident victims, from being hassled or harassed at hospitals, police stations or courts.

The Ministry of Road Transport and Highways has issued a notification containing guidelines on 12.5.2015 published in the Gazette of India para 1 of Section 1 of the Notification dated 12.5.2015 for protection of good Samaritans and a further Notification has been issued on 21.1.2016 in accordance with para 1(7) and 1(8) of the guidelines dated 12.5.2015 which required standard operating procedures to be framed and issued for examination of good Samaritans by the police or during trial. It has been mentioned in the affidavit filed by Ministry of Road Transport and Highways, Government of India that in the absence of any statutory backing, it is felt that it will be difficult to enforce these guidelines issued on 12.5.2015 and standard operating procedures as notified on 21.1.2016. It has also been mentioned that the notified guidelines in relation to protection of a bystander or good Samaritan are without prejudice to the liability of the driver of a motor vehicle involved in the road accident, as specified under section 134 of the Motor Vehicles Act, 1988.

Notification dated 12.5.2015 issued by the Ministry of Road Transport and Highways containing guidelines for protection of good Samaritans to be in force till appropriate legislation is framed by Union Legislature, is extracted hereunder:

“No.25035/101/2014-RS.—Whereas the Hon'ble Supreme Court in the case of Savelife Foundation and another V/s. Union Of India and another in Writ Petition (Civil) No. 235 of 2012 vide its order dated 29th October, 2014, interalia, directed the Central Government to issue necessary directions with regard to the protection of Good Samaritans until appropriate legislation is made by the Union Legislature; And whereas, the Central Government considers it necessary to protect the Good Samaritans from harassment on the actions being taken by them to save the life of the road accident victims and, therefore, the Central Government hereby issues the following guidelines to be followed by hospitals, police and all other authorities for the protection of Good Samaritans, namely:-

(2) The bystander or good Samaritan shall be suitably rewarded or compensated to encourage other citizens to come forward to help the road accident victims by the authorities in the manner as may be specified by the State Governments.

(3) The bystander or good Samaritan shall not be liable for any civil and criminal liability.

(4) A bystander or good Samaritan, who makes a phone call to inform the police or emergency services for the person lying injured on the road, shall not be compelled to reveal his name and personal details on the phone or in person.

(5) The disclosure of personal information, such as name and contact details of the good Samaritan shall be made voluntary and optional including in the Medico Legal Case (MLC) Form provided by hospitals. (6) The disciplinary or departmental action shall be initiated by the Government concerned against public officials who coerce or intimidate a bystander or good Samaritan for revealing his name or personal details.

(8) The methods of examination may either be by way of a commission under section 284, of the Code of Criminal Procedure 1973 or formally on affidavit as per section 296, of the said Code and Standard Operating Procedures shall be developed within a period of thirty days from the date when this notification is issued.

(9) Video conferencing may be used extensively during examination of bystander or good Samaritan including the persons referred to in guideline (1) above,who are eye witnesses in order to prevent harassment and inconvenience to good Samaritans.

(10) The Ministry of Health and Family Welfare shall issue guidelines stating that all registered public and private hospitals are not to detain bystander or good Samaritan or demand payment for registration and admission costs, unless the good Samaritan is a family member or relative of the injured and the injured is to be treated immediately in pursuance of the order of the Hon’ble Supreme Court in Pt. Parmanand Katara vs Union of India & Ors [1989] 4 SCC 286.

(11) Lack of response by a doctor in an emergency situation pertaining to road accidents, where he is expected to provide care, shall constitute “Professional Misconduct”, under Chapter 7 of the Indian Medical Council (Professional Conduct, Etiquette and Ethics) Regulation, 2002 and disciplinary action shall be taken against such doctor under Chapter 8 of the said Regulations.

(12) All hospitals shall publish a charter in Hindi, English and the vernacular language of the State or Union territory at their entrance to the effect that they shall not detain bystander or good Samaritan or ask depositing money from them for the treatment of a victim.

(14) All public and private hospitals shall implement these guidelines immediately and in case of noncompliance or violation of these guidelines appropriate action shall be taken by the concerned authorities.

(15) A letter containing these guidelines shall be issued by the Central Government and the State Government to all Hospitals and Institutes under their respective jurisdiction, enclosing a Gazette copy of this notification and ensure compliance and the Ministry of Health and Family Welfare and Ministry of Road Transport and Highways shall publish advertisements in all national and one regional newspaper including electronic media informing the general public of these guidelines.

The above guidelines in relation to protection of bystander or good Samaritan are without prejudice to the liability of the driver of a motor vehicle in the road accident, as specified under section 134 of the Motor Vehicles Act, 1988 (59 of 1988).

Para 1(7) and 1(8) of the guidelines dated 12.5.2015 required standard operating procedure to be framed for the examination of the good Samaritans. The Central Government, Ministry of Road Transport and Highways has issued notification on 21.1.2016 which is as under:

1. 1. The Good Samaritan shall be treated respectfully and without any discrimination on the grounds of gender, religion, nationality, caste or any other grounds.

2. Any person who makes a phone call to the Police control room or Police station to give information about any accidental injury or death, except an eyewitness may not reveal personal details such as full name, address, phone number etc.

3. Any Police official, on arrival at the scene, shall not compel the Good Samaritan to disclose his / her name, identity, address and other such details in the Record Form or Log Register.

5. The concerned Police official(s) shall allow the Good Samaritan to leave after having informed the Police about an injured person on the road, and no further questions shall be asked if the Good Samaritan does not desire to be a witness in the matter.

2.  Examination of Good Samaritan by the Police

3. The Superintendent of Police or Deputy Commissioner of Police or any other Police official of corresponding seniority heading the Police force of a District, as the case may be, shall be responsible to ensure that all the above mentioned procedures are implemented throughout their respective jurisdictions with immediate effect.

The Bench has clarified that Guidelines and directions can be issued by the Court including a command for compliance of guidelines and standard operating procedure issued by Government of India, Ministry of Road Transport and Highways, till such time as the legislature steps in to substitute them by proper legislation. The Court can issue such directions under Article 32 read with Article 142 to implement and enforce the guidelines which are necessary for protection of rights under Article 21 read with Article 14. of the Constitution of India so as to provide immediate help to the victims of the accident and at the same time to provide protection to Good Samaritans. The guidelines will have the force of law under Article 141. By virtue of Article 144, it is the duty of all authorities – judicial and civil – in the territory of India to act in aid of this Court by implementing them.

Changes made by the Court;

After examining the Guidelines issued by the Government the Supreme Court made the following changes. It is held that

“We have carefully gone through the notification dated 12.5.2015. However, as per the guidelines contained in para 13, the ‘acknowledgement’ if so desired by Good Samaritans, has to be issued as may be prescribed in a standard format by the State Government. In our opinion, till such time the format is prescribed, there should be no vacuum hence we direct that acknowledgement be issued on official letter-pad etc. and in the interregnum period, if so desired by Good Samaritan, mentioning the name of Samaritan, address, time, date, place of occurrence and confirming that the injured person was brought by the said Samaritan.

We have also gone through the notification dated 21.1.2016 with respect to the examination of Good Samaritan by the Police as contained in para 2(vii) which we modify and be read in the following manner : “The affidavit of Good Samaritan if filed, shall be treated as complete statement by the Police official while conducting the investigation. In case statement is to be recorded, complete statement shall be recorded in a single examination.”

Remaining guidelines in the notifications dated 12.5.2015 and 21.1.2016 are approved and it is ordered that guidelines with aforesaid modifications made by us be complied with by the Union Territories and all the functionaries of the State Governments as law laid down by this Court under Article 32 read with Article 142 of the Constitution of India and the same be treated as binding as per the mandate of Article 141. 20. We also direct that the court should not normally insist on appearance of Good Samaritans as that causes delay, expenses and inconvenience. The concerned court should exercise the power to appoint the Commission for examination of Good Samaritans in accordance with the provisions contained in section 284 of the Code of Criminal Procedure, 1973 suo motu or on an application moved for that purpose, unless for the reasons to be recorded personal presence of good Samaritan in court is considered necessary.”

It is also directed that the scheme framed by the Central Government and the Supreme Court order be widely published through electronic media and print media for the benefit of public so that public is made aware and that serves as impetus to good Samaritans to extend timely help and protection conferred upon them without incurring the risk of harassment.