Rule 49 & The Fate Of Lawyers In Law Firms 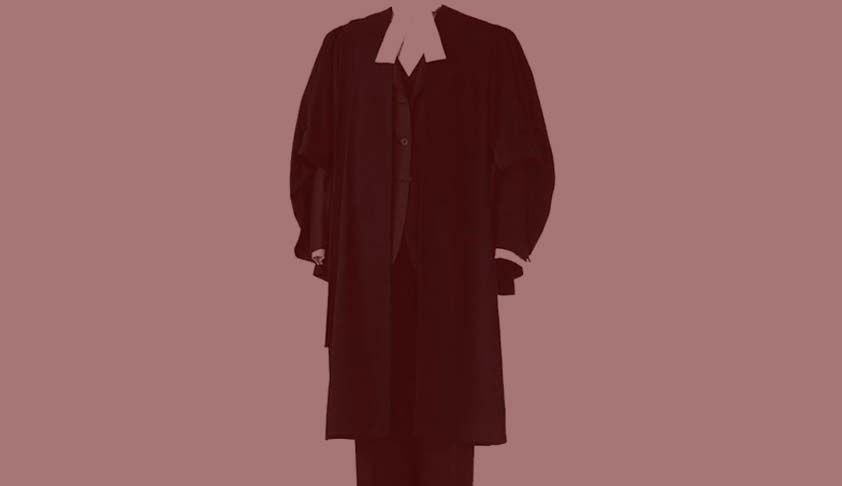 Rule 49 of Chapter II, Part VI of the Bar Council of India Rules, which lay down rules on Standards of Professional Conduct and Etiquette, reads as under:“49. An advocate shall not be a full-time salaried employee of any person, government, firm, corporation or concern, so long as he continues to practise, and shall, on taking up any such employment, intimate the fact to the Bar Council...

Rule 49 of Chapter II, Part VI of the Bar Council of India Rules, which lay down rules on Standards of Professional Conduct and Etiquette, reads as under:

Nothing in this rule shall apply to a Law Officer of the Central Government of a State or of any Public Corporation or body constituted by statute who is entitled to be enrolled under the rules of his State Bar Council made under Section 28 (2) (d) read with Section 24 (1) (e) of the Act despite his being a full time salaried employee.

Law Officer for the purpose of these Rules means a person who is so designated by the terms of his appointment and who, by the said terms, is required to act and/or plead in Courts on behalf of his employer.”

As per the aforesaid Rule, an advocate shall not be a full-time salaried employee of any person, government, firm, corporation or concern, so long as he continues to practise.

By a resolution dated June 22, 2001, the Bar Council of India deleted the second and third paragraphs of the above Rule. The said resolution was published in the Government Gazette on October 13, 2001, and the Chief Justice of India gave his consent to the said deletion on April 23, 2008.This rule has been the subject matter of great controversy. One of the most serious implications of this rule is its applicability to lawyers employed by law firms.

In Deepak Aggarwal vs Keshav Kaushik[1], the Supreme Court laid down a test to determine the circumstances under which rule 49 may be held applicable.

The court held that what Rule 49 of the BCI Rules provides is that an advocate shall not be a full-time salaried employee of any person, government, firm, corporation or concern so long as he continues to practise. The "employment" spoken of in Rule 49 does not cover the employment of an advocate who has been solely or, in any case, predominantly employed to act and/or plead on behalf of his client in courts of law. If a person has been engaged to act and/or plead in court of law as an advocate although by way of employment on terms of salary and other service conditions, such employment is not what is covered by Rule 49 as he continues to practise law but, on the other hand, if he is employed not mainly to act and/or plead in a court of law, but to do other kinds of legal work, the prohibition in Rule 49 immediately comes into play and then he becomes a mere employee and ceases to be an advocate. The bar contained in Rule 49 applies to an employment for work other than conduct of cases in courts as an advocate.

In deciding the applicability of this rule to lawyers employed by law firms to determine whether such lawyers are entitled to practice as advocates, the abovementioned test can be applied. If one were to go strictly by this test, then one would come to the conclusion than rule 49 does not hit such lawyers as such lawyers cannot be said to be in full-time employment of the firm as long as he has been employed to act or plead in a court of law on behalf of the firm.

This essential question was addressed in the case of Souvik Mukherjee vs State Of West Bengal & Ors[2], wherein the High Court of Calcutta, in determining whether the petitioner-appellant, who was in full time engagement in a law firm as an associate, was eligible candidate for participating in the West Bengal Judicial Service Examination, 2013. The Public Service Commission declared the appellant ineligible for the same.

The court in this case, apart from applying the test laid down in the case of Deepak Aggarwal vs Keshav Kaushik[3], also laid strong emphasis on the fact that the appellant, in fact, was employed by the firm on a retainership agreement.

It was held that the employment of the appellant on a retainership agreement does not amount to a “full-time salaried employment” within the purview of rule 49.

Furthermore, the court held that the retainership of a firm cannot be part-time or full-time since during the period of retainership, a retainer cannot entertain any client prejudicing or affecting the interests of the law firm.

The Public Service Commission was, therefore, held wrong in coming to the conclusion that the appellant herein had ceased to be an advocate in view of accepting the retainership in a law firm since the Bar Council of West Bengal never took any such decision in respect of the appellant herein under the Advocates Act, 1961, and that the Bar Council is the competent authority to take any decision in respect of an enrolled advocate and not the Public Service Commission.

However, in a recent judgment[4], the Gujarat High Court has adopted a conflicting view in the interpretation of rule 49.

It held that a lawyer employed by the Gujarat Industrial Development Corporation as a legal consultant is not eligible for enrolment into the Bar Council. The petitioner was employed by the corporation on a contract, which was renewable on a year to year basis, and she was entitled to a remuneration of Rs. 25,000 a month.

The high court interpreted the term “salary” as a fixed regular payment made by an employer to an employee in return of work. The term “full time” used in Rule 49 of the Rules was interpreted as full-time office standard number of hours, in this case the employment of the petitioner from 11 am to 5 pm.

One of the most serious implications of this judgment is that if a lawyer’s employment could be brought within the definition of a “full-time salaried employee”, as interpreted by the high court, irrespective of the nature of his contract of service with his employer, then he may not be allowed to be enrolled with the Bar Council, or alternatively his existing licence could be struck down. Therefore, lawyers employed by law firms are likely to be affected adversely by this interpretation because the nature of their contract of service, whether retainership or not, would not weigh in their favour. What would matter is the number of hours of service and the nature of remuneration involved.