Rule of Agamas & A Verdict Oxymoron 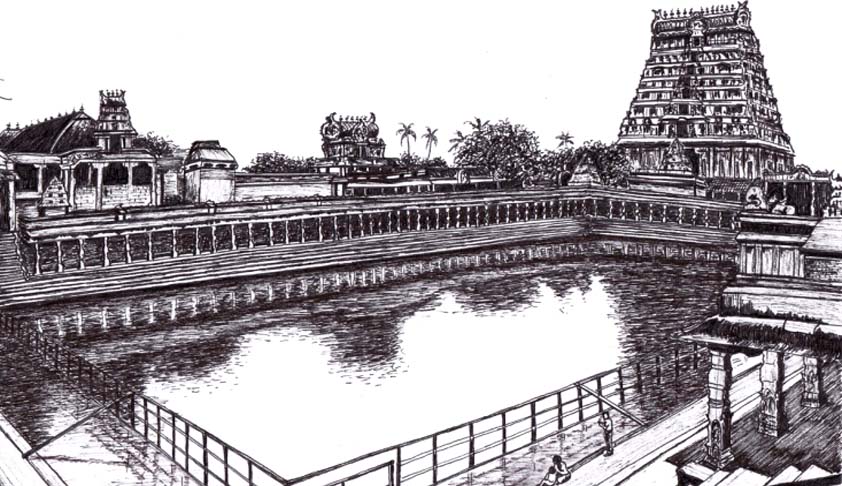 16th of December 2015 saw dashing headlines which made anyone who believes in equality and fraternity, smile with awe at the miraculous judgment of the Supreme Court. I read it too and thought – “Wow! this is a social revolution! All qualified Hindus irrespective of caste can now become Archakas in temples in Tamil Nadu.” I remembered my Professor who told us in our LL.M class that...

16th of December 2015 saw dashing headlines which made anyone who believes in equality and fraternity, smile with awe at the miraculous judgment of the Supreme Court. I read it too and thought – “Wow! this is a social revolution! All qualified Hindus irrespective of caste can now become Archakas in temples in Tamil Nadu.” I remembered my Professor who told us in our LL.M class that India had a caste based closed hierarchical system of society. Constitution of India strives to do away with all this and create an egalitarian society. How I had breathed in that wonderful feeling of egalitarianism. In short, I was glad that Supreme Court laid another egalitarian brick.

Thereafter as I read the judgment, dawned the realization of the magic drawn in the air with the judicial wand. Caste is not a basis for selection of Archakas. Hence the impugned Government Order which states that any qualified and trained Hindu can be appointed as Archakas in Hindu temples, is valid or not valid, based on the facts of each case. The Court did not declare it to be valid perse, But then it did not declare it invalid also. Moreover the dictum was iced with quotable statements like “The Constitutional legacy, naturally, must supersede all religious beliefs or practices.” That’s good enough. Any good package comes with riders. The only rider here is that the qualification of Archakas will vary from case to case depending on the Rule of Agamas. Therefore if the Agamas insist on appointments from a certain denomination only, the Agamas prevail. Article 14 ensouling equality and Rule of Law will keep shining with all its glory as there is no discrimination based on caste. Denomination is after all not a caste. It is much less than a caste, it is those gems whose origin can be traced to certain x, y and z Rishis. Incidentally, these Rishi descendants all happen to be Brahmins. But since all Brahmins are not x, y and z, all Brahmins cannot be Archakas. Hence confining appointments to x, y and z is the epitome of zero-discrimination on the basis of caste. It is but natural that one applauds to the Archaka judgment and media headlines stand faultless.After all, is it not negligible that denomination is birth-based, is a closed group to which there is no inward mobility by choice!

Ofcourse a priest in a Hindu temple has to be a Hindu, as much as the Rabbi in a synagogue needs to be a Jew. Segmenting Hindus into denominations like Saiva and Vaishnava is atleast agreeable. Because the classification is based on the tenets and beliefs they specifically follow. Tracing out the Rishi origin of any person to include or exclude him from the elite denomination is atrocious, the left-out may mumble. After all they do not know the Agamas, written by the breath of holy scholars. They do not know that they were written to usurp, monopolise and mystify God and matters of God, and thereby of power over masses. They do not know that any attempt to discard Agama prescription of Archaka, would make their idols impure, as it used to impure the Brahmins when a dalit crossed his path or drew water from a well. Moreover the plea of untouchability is rootless as Agama was well rooted in “denominations” and not “caste”. It is after all a play of words. To disown the stigma of the family name, Shakespeare’s Juliet said to Romeo – “What’s in a name? That which we call a rose,by any other name would smell as sweet”, or maybe stale too.

The judgment by allowing exclusivity to denomination based appointment, has ordained non-discriminationin the same way, as if by picking solely green apples from among the apples, the King dictates to the other fruits, “You have not been discriminated on the basis of the type of fruit you are. See, even all applesare not chosen to adorn the golden basket. So, You, Shri Papaya and You, Shri Gooseberry are equally placed as Shri Shri Apples. Who is chosen are only those who come from a certain tree species. Don’t you understand that tree is not the same as fruit.The Rule of Equality among Fruits insists that one should not choose based on the type of fruits, Tree type is a mere denomination. And, Thiru Shree Green Apples originate from Green Apple Tree, hence when they alone are chosen it is merely following the essential tenets and not discrimination at all. And finally, we hold that all fruits of quality and standard can be chosen to adorn the golden imperial basket.” What a beautiful unattainable dream, equality in our country has turned out to be!Like how the pigs in the Animal Farm say, “All animals are equal, some are more equal than others.”

For Sri Shankara to realize his own misconception of caste and divinity, Lord Siva himself had to appear before him as a Chandala. Time has ripened when all good minded Hindus, all who believe in fraternity of mankind, stand in one foot and engage in thapas, so that The Lord appears before My Lords, if not before  the Agama carriers.

Sandhya Ram is an Asst. Professor at V.M.Salgaoacar College of Law, Goa.