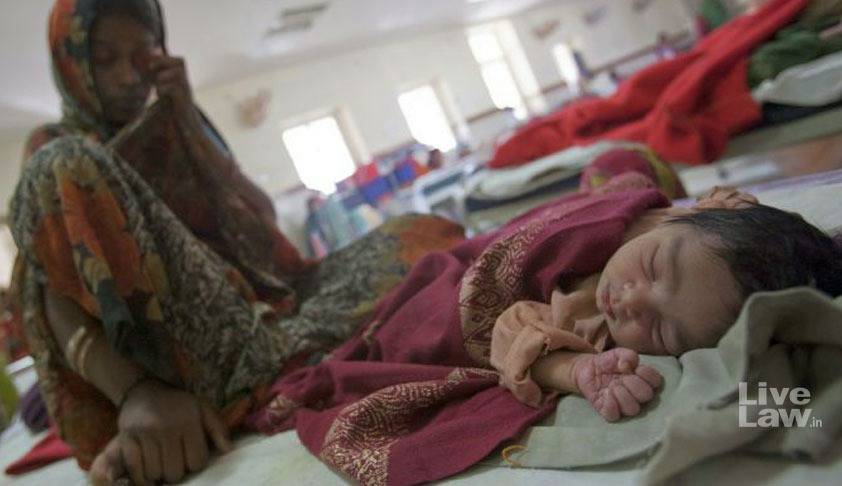 Dear Honourable Chief Justice of India and his brother judges,I am writing you this letter seeking the urgent intervention of the Honourable Supreme Court of India to protect the right to health under Article 21 of the Constitution of India. As a guardian of the fundamental rights, I believe that the Supreme Court should not wait for a petition to intervene in the gross violation of the right...

Dear Honourable Chief Justice of India and his brother judges,

While declaring right to health as a fundamental rights under Article 21 of the Constitution, the Supreme Court observed in Consumer Education and Resource Centre v. Union of India: “The right to health and medical care is a fundamental right under Article 21 of the constitution as it is essential for making the life of the workman meaningful and purposeful with dignity of person. "Right to life" in Article 21 includes protection of the health. The expression ‘life’ in Article 21 does not connote mere animal existence. It has a much wider meaning which includes the right to livelihood, better standard of life, hygienic conditions on workplace and leisure.”

Since then through various judgments, the Supreme Court and the High Court ensured the enjoyment of the right to health to many citizens. In some cases, the courts ordered the government to provide expensive life saving or critical medicines affordable to patients. While there is a robust jurisprudence on the right to health majority of citizens of the country it is denied every day due to lack of public health spending.

According to national health accounts, India’s total health expenditure (THE) during 2014-15 is estimated at 3.89 percent of the country’s Gross Domestic Product (GDP). The share of government in THE is 1.13 percent. As a result, India is short of 3,469 community health centres (CHC) for 1,00,000 persons, 5,887 primary health centres (PHC) for every 30,000 persons and 27,430 sub-centres for every 5,000 persons. Household out-of-pocket expenditure finances 67 percent of the health finance. This has led to a situation wherein almost 80 percent of tertiary care and 60 percent of primary care is catered by the private sector.

In the absence of sufficient public health infrastructure and healthcare services, citizens of this country are forced to go to the private sector to meet their healthcare needs. There is no regulation in this country on private hospitals in general, and healthcare charges in particular. As a result, private hospitals are at liberty to continue the exploitation of patients and their families to maximize their profit. Unlike luxury hotels, patients are going to private healthcare facilities not by choice but by compulsion.

The catastrophic healthcare expenditure has increased from 15 percent (2004-05) to 18 percent (2011-12) As a result, every year nearly 63 million people are pushed below the poverty line for paying the healthcare bills.

Recently three cases of such over-billing came into public domain. Two cases of billing around Rs. 16 lakhs were for the treatment of dengue. In another incident, the son of a patient who died due to botched-up surgery was handed a final bill of Rs. 17 lakh. On February 20, data released by the National Pharmaceutical Pricing Authority (NPPA) showing the huge mark-up charged by the hospitals. Hospitals procure medicines, consumables and devices at a very cheap price and charge the patient at the printed maximum retail price, which is as high as 1700 percent of the procurement price. In the past, when prices were regulated, then hospitals increased the charges for the procedure. The lack of a ceiling on healthcare charges allows the private sector healthcare providers to hold people’s health at ransom for profits.

Of late, there is the Central Clinical Establishment Act (CEA), which was adopted by 12 states, and a few states such Kerala, Karnataka, West Bengal etc., adopted their own version of the CEA. However, these clinical establishment legislations are silent on the regulation of healthcare charges. However, the rule framed by the Central Government to implement the CEA states: “Charge the rates for each type of procedures and services within the range of rates determined and issued by the Central Government from time to time, in consultation with the State Governments.” Till date, the Central Government has not made any determination of rates under this provision. In the light of the failure of the executive to curb the exploitation of the patients and their families, judicial intervention is warranted to regulate hospitals bills through ceiling on prices of procedure, consultation charges, diagnostic tests, all essential and life-saving medicines, consumables and diagnostics.

The Committee on Economic Social Cultural Rights(CESCR), the independent body overseeing the implementation of  the International Covenant on Economic, Social and Cultural Rights (ICESCR), in its general comment on right to health states that “State to adopt legislation or to take other measures ensuring equal access to health care and health-related services provided by third parties; to ensure that privatisation of the health sector does not constitute a threat to the availability, accessibility, acceptability and quality of health facilities, goods and services; to control the marketing of medical equipment and medicines by third parties”. India, as a party to the ICESCR, has an international obligation to put an end to this exploitation.

Further, in 1984, the Supreme Court in Bandhu Mukti Morcha unequivocally held: "It is the fundamental right of every one in this country, assured under the interpretation given to Article 21  by this Court in Francis Mullen's case, to live with human dignity, free from exploitation.”Due to lack of price regulation on the healthcare charges of private hospitals, people are subject to financial exploitation and their right to life with dignity and right to life becomes meaningless. The Supreme Court’s intervention is urgently required to put an end to the exploitation of patients and their families by private hospitals and to ensure health and justice.

Therefore, I request the Supreme Court of India, the guardian of fundamental rights, to intervene to fulfil the constitutional obligation of the right to health made decades ago.