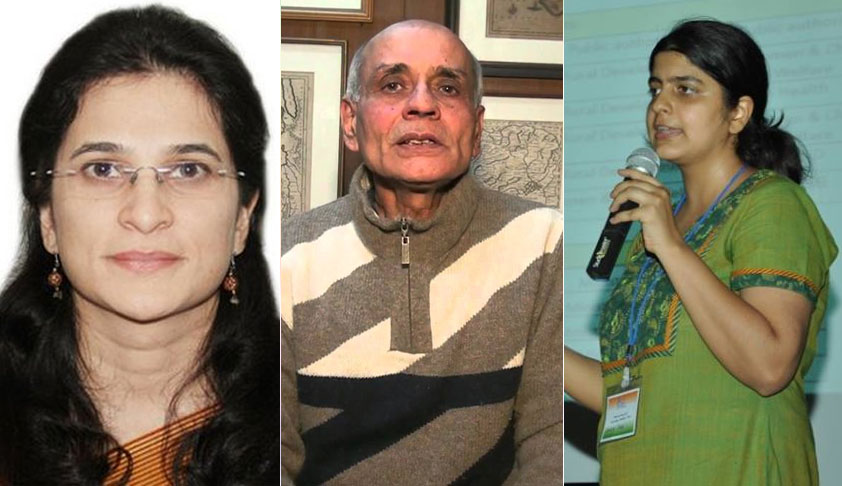 The Supreme Court has issued notice to Central and State Governments in the Public Interest Litigation filed seeking the filling up of vacancies of Information Commissioners under the Right to Information Act.A Two Judge bench of Justice A.K Sikri and Justice Ashok Bhushan told ASG Pinky Amamd that it is a very serious issue."This is the situation in all institutions in the...

The Supreme Court has issued notice to Central and State Governments in the Public Interest Litigation filed seeking the filling up of vacancies of Information Commissioners under the Right to Information Act.

A Two Judge bench of Justice A.K Sikri and Justice Ashok Bhushan told ASG Pinky Amamd that it is a very serious issue.

"This is the situation in all institutions in the country"

The petitioners were represented by Advocates Kamini Jaiswal and Pranav Sachdeva

The petition was filed by three transparency campaigners, in the light of the fact that thousands of complaints and appeals under the RTI Act pending before the Central Information Commission and the functioning of Commissions in various states were paralysed by unfilled vacancies. They sought directions to immediately fill up all vacant posts through a transparent and time-bound manner.

Petitioners Anjali Bhardwaj, co-convenor of the National Campaign for Peoples’ Right to Information (NCPRI); Commodore Lokesh K Batra (Retd); and Amrita Johri, a member of NCPRI; moved the apex court ruing how “the Government of India and state governments have attempted to stifle the functioning of the RTI Act by failing to do their statutory duty of ensuring appointment of commissioners in the Central Information Commission and State Information Commissions, in a timely manner”.

Some of the shortcomings which the petition highlighted are:

· The State Information Commission (SIC) of Andhra Pradesh is completely non-functional as not a single information commissioner has been appointed to the commission.

· The SIC of Maharashtra, which has a backlog of more than 40,000 appeals and complaints, has four vacancies.

· The SIC of Kerala is functioning with only a single commissioner and has more than 14,000 pending appeals and complaints.

· There are six vacancies in the SIC of Karnataka even though nearly 33,000 appeals and complaints are pending.

· The SIC of West Bengal is functioning with only two commissioners and is hearing appeals/complaints which were filed 10 years ago.

· Further, several information commissions like that of Gujarat, Nagaland and Maharashtra are functioning without the Chief Information Commissioner, even though the RTI Act envisages a crucial role for the chief commissioner, with the administration and superintendence of the commission vesting with the chief.

It is to be noted that on June 5, 2017, petitioners had also signed a letter by the NCPRI addressed to the Prime Minister urging him to fill the vacancies in the Central Information Commission by appointing information commissioners.

In September 2017, a response to an RTI application revealed that the Prime Minister’s Office had treated the letter as a grievance and registered it on the online grievance portal of the Central government. Upon tracking the grievance on the online portal, the status showed that the case was closed as the matter was pending.

The petition impleaded the Centre, governments of West Bengal, Andhra Pradesh, Kerala, Maharashtra, Gujarat, Odisha, Karnataka, Telangana and Nagaland, and is listed for hearing on July 2.

It also urged that the government should be directed to commence the selection process for information commissioners, including the chief, at least three months prior to the occurrence of vacancy and all records of deliberations and rational criteria related to shortlisting and selection of the Chief Information Commissioner and other Information Commissioners be properly recorded and made available to citizens in consonance with the provisions of the RTI Act.

Besides, it seeks transparency in the selection process by the publication of advertisements for inviting applications, publicly disclosing, including through the website, the procedure and rational criteria for shortlisting candidates, if any shortlisting is done.