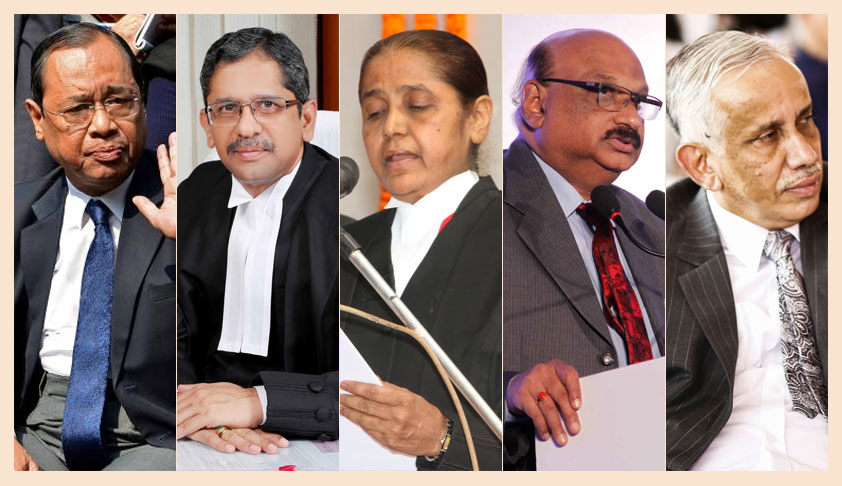 A “Constitution Bench” (five Judges) of the Hon’ble Supreme Court of India set up via a reference in the recently decided matter of Commissioner of Customs (Import), Mumbai v. M/S. Dilip Kumar And Company , dated 30 July 2018, has emphatically adjudicated in revenue’s favor, with respect to the applicable principles of law for statutory interpretation of (taxation)...

A “Constitution Bench” (five Judges) of the Hon’ble Supreme Court of India set up via a reference in the recently decided matter of Commissioner of Customs (Import), Mumbai v. M/S. Dilip Kumar And Company , dated 30 July 2018, has emphatically adjudicated in revenue’s favor, with respect to the applicable principles of law for statutory interpretation of (taxation) exemption notifications/clauses after framing the terms of reference as follows -

“what is the interpretative rule to be applied while interpreting a tax exemption provision/notification when there is an ambiguity as to its applicability with reference to the entitlement of the assessee or the rate of tax to be applied?”

Till the present judgement was pronounced, there were conflicting views on the issue held by the Hon’ble Supreme Court, in the form of past judgements by various Benches of differing but lesser strength. This includes the three-Judge Bench judgement of the Hon’ble Supreme Court in Sun Export Corporation, Bombay v. Collector of Customs, Bombay (1997) 6 SCC 564 (“Sun Export case”), the chief reason for the reference to the Constitution Bench, as the initially assembled two-Judge and then a three-Judge Bench were of the view that the dicta in Sun Export Case (supra) required reconsideration.

The Sun Export case was being cited profitably by various taxpayers to lawfully entitle them to the benefits of ambiguously drafted and worded “exemption notifications/clauses” issued under various taxation statutes, mostly in the field of indirect taxation. The need for the reference by the initially assembled two-Judge Bench has been articulated by the Hon’ble Court as follows-

“……..in view of the catena of judgments of this Court which have held that an exemption Notification has to be strictly construed (that is, if the person claiming exemption does not fall strictly within the letter of the Notification, he cannot claim exemption), have also been ignored by this Court in Sun Export Corporation’s case in paragraph 13 thereof. Apart from this, the view of this Court in paragraph 13 that it is well settled that if two views are possible, one favourable to the assessee in matters of taxation has to be preferred is unexceptionable. However, this Court was not concerned in that case with the charging Section of a taxation statute. It was concerned with the interpretation of an Exemption Notification which, as has been stated above, would require the exactly opposite test to be fulfilled. ……………”

The Constitution Bench held that every taxing statue “including, charging, computation and exemption clause (at the threshold stage) should be interpreted strictly”, however in case of ambiguity in a “charging provision”, the benefit would necessarily go in favour of subject/assessee, unlike an exemption notification, where the benefit of ambiguity must be strictly interpreted in favour of the Revenue/State. (see paragraph 41) The benefit of this ambiguity in a “charging provision” was reasoned by the Constitution Bench as follows –

“21. In construing penal statutes and taxation statutes, the Court has to apply strict rule of interpretation. The penal statute which tends to deprive a person of right to life and liberty has to be given strict interpretation or else many innocent might become victims of discretionary decision making. Insofar as taxation statutes are concerned, Article 265 of the Constitution prohibits the State from extracting tax from the citizens without authority of law. It is axiomatic that taxation statute has to be interpreted strictly because State cannot at their whims and fancies burden the citizens without authority of law. In other words, when competent Legislature mandates taxing certain persons/certain objects in certain circumstances, it cannot be expanded/interpreted to include those, which were not intended by the Legislature.

42.In Govind Saran Ganga Saran v. Commissioner of Sales Tax, 1985 Supp (SCC) 205, this Court pointed out three components of a taxing statute, namely subject of the tax; person liable to pay tax; and the rate at which the tax is to be levied. If there is any ambiguity in understanding any of the components, no tax can be levied till the ambiguity or defect is removed by the legislature…………”

Object and purpose for granting exemption irrelevant and immaterial

The Constitution Bench cited the ratio of a previous decision by another Constitution Bench in the matter of Hansraj Gordhandas v. H.H. Dave, Asst. Collector of Central Excise & Customs, Surat and Ors. (1969) 2 SCR 253 to restate the principle of statutory interpretation of such exemption notification/clauses as follows –

“44. …………….. an exemption from taxation is to be allowed based wholly by the language of the notification and exemption cannot be gathered by necessary implication or by construction of words; in other words, one has to look to the language alone and the object and purpose for granting exemption is irrelevant and immaterial.”

In the present matter, the Constitution Bench’s previous decision in Commissioner of Central Excise, New Delhi v. Hari Chand Shri Gopal(2011) 1 SCC 236 (the “Hari Chand case”) was cited and the issues decided therein was expressed as not being before the present Bench for re-consideration, the ratio of the Hari Chand case thus continues to hold the field on these issues as determined, including the question whether a person claiming exemption is required to comply with the procedure strictly to avail the benefit. On this issue, the Constitution Bench in Hari Chand case held as follows –

“23. Of course, some of the provisions of an exemption notification may be directory in nature and some are of mandatory in nature. A distinction between provisions of statute which are of substantive character and were built in with certain specific objectives of policy, on the one hand, and those which are merely procedural and technical in their nature, on the other, must be kept clearly distinguished. In Tata Iron and Steel Co. Ltd. (supra), this Court held that the principles as regard construction of an exemption notification are no longer res integra; whereas the eligibility clause in relation to an exemption notification is given strict meaning wherefor the notification has to be interpreted in terms of its language, once an assessee satisfies the eligibility clause, the exemption clause therein may be construed literally. An eligibility criteria, therefore, deserves a strict construction, although construction of a condition thereof may be given a liberal meaning if the same is directory in nature.

DOCTRINE OF SUBSTANTIAL COMPLIANCE AND `INTENDED USE’:

The Constitution Bench, after its intellectually stimulating discussion, more a treatise on the principles of statutory interpretation with a focus on fiscal or taxation statutes, emphatically expressed the law under the terms of reference as follows –

“52. To sum up, we answer the reference holding as under ­

(2) When there is ambiguity in exemption notification which is subject to strict interpretation, the benefit of such ambiguity cannot be claimed by the subject/assessee and it must be interpreted in favour of the revenue.

That the above discussed Constitution Bench judgment will have a significant impact on tax disputes with revenue authorities here onwards, including the outcome of pending litigation before various tax appellate fora, is a mild understatement. Arguably this decision will impact indirect tax matters (GST and Customs) more than direct tax (Income Tax), as exemption notifications/clauses are more frequently deployed or issued in the former, and much rests on the appropriate classification of goods/services for application of a suitable tax rate/duty or exemption therefrom. To make the situation worse still from the taxpayer’s perspective, is the confirmation that the burden to establish entitlement to any such exemption rests on the claimant/taxpayer, much like the burden on an accused of proving that the defence’s case falls within “General Exceptions” of the Indian Penal Code 1860 etc. under the Evidence Act 1872.

Ambiguity in revenue instruments and documents is fertile ground for the tax litigator, as precedent tends to lean in the taxpayer’s favor in such circumstances. The present decision turns this advantage on its head, at least as far as exemption notification/clauses are involved, expected to send many back to the drawing board. Further, how this decision will be used/interpreted in other revenue challenges on ancillary issues will also require a close watch. Advantage revenue.