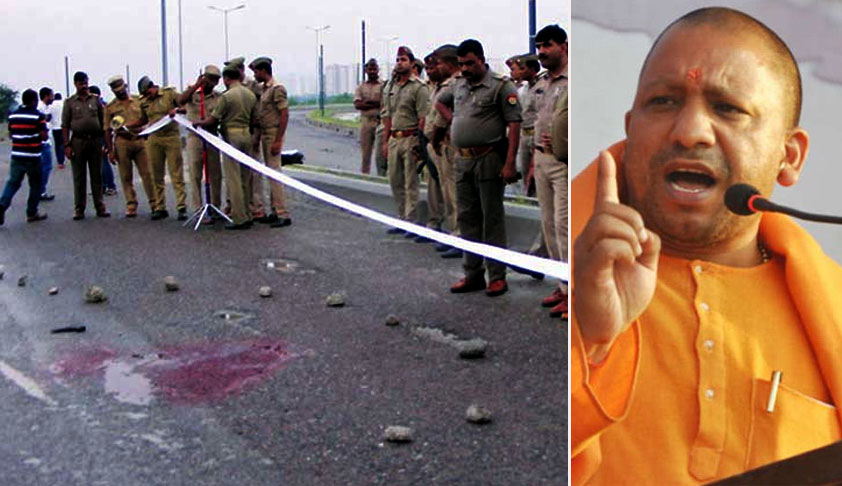 A Supreme Court Bench headed by Chief Justice of India (CJI) Dipak Misra on Monday sought response in two weeks from Uttar Pradesh Government on a  petition seeking CBI or SIT probe into all the encounter killings in the state so far. The plea also sought compensation to victims’ families. The petition was filed by People’s Union for Civil Liberties (PUCL) through counsel...

A Supreme Court Bench headed by Chief Justice of India (CJI) Dipak Misra on Monday sought response in two weeks from Uttar Pradesh Government on a  petition seeking CBI or SIT probe into all the encounter killings in the state so far.

The petition was filed by People’s Union for Civil Liberties (PUCL) through counsel Advocate Pukhrambam Ramesh Kumar alleging that the incidents of encounter killings taking place in the State in blatant violation of Rule of Law, legal and constitutional protection available to the citizens, under Article 21 of the Constitution.

Appearing for the petitioner NGO, Senior Advocate Sanjay Parekh argued that as per the National Human Rights Commission (NHRC) data, more than 1100 encounters have taken place during the current government and the human rights body has intervened in several cases.

He also prayed to make NHRC to be made as a party in the case. The bench also comprising justices  AM Khanwilkar and D Y Chanfrachud, however refused to make the NHRC as party in the plea.

Advocate Aishwariya Bhati, who appeared for the state accepted the copy of the petition. The bench posted the matter for hearing after three weeks.

“Each such encounter is required to be investigated on the basis of FIR, followed by a Magisterial Inquiry and thereafter, a criminal trial in accordance with law” the plea referred to the guidelines and directions laid down by the Apex Court in PUCL v. Maharashtra case in 2014.

“In view of the legal position, the statements which have been made by the Chief Minister of Uttar Pradesh endorsing the encounters, such as his statement on 19.11.2017 that "Criminals will be jailed or killed in encounters” and on 09.02.2018 that-Everyone should be guaranteed security, but those who want to disturb peace of the society and believe in the gun, should be given the answer in the language of the gun itself. clearly show that the State is supporting/encouraging the acts of commission of police encounters which as mentioned above has shaken the faith of people in the rule of law.”,

“The Commission has observed that it seems that the police personnel in the State of Uttar Pradesh are feeling free, misusing their power in the light of an undeclared endorsement given by the higher ups. They are using their privileges to settle scores with the people. The police force is to protect the people, these kind of incidents would send a wrong message to the society. Creating an atmosphere of fear is not the correct way to deal with the crime. In this particular case, the injured man is not an offender. He was travelling with his friends when the rowdy act done by the delinquent SI has gravely violated his right to life and liberty.”

According to the petitioner the above response of the NHRC makes it clear that the endorsement of police encounters by the Chief Minister who controls the law and order machinery in the State is not only in violation of provisions of law but also the protection to life offered by the Constitution. The above mentioned statements openly defy the Rule of Law and violate the directions given by the Supreme Court.

The petition also seeks a direction for Court monitored investigation or investigation under a monitoring committee headed by a retired Supreme Court judge.