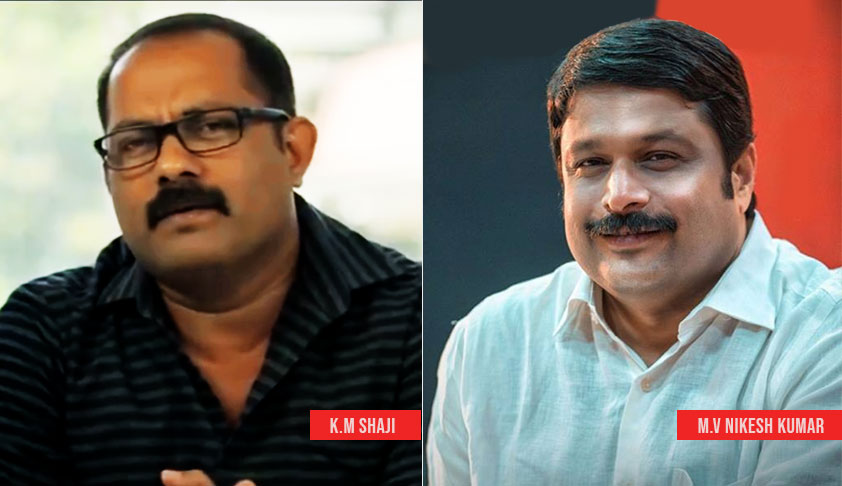 The Court has made it clear that though Shaji can attend the assembly, he cannot cast vote in the proceedings and draw remunerationThe Supreme Court today granted conditional stay of the judgment of the High Court of Kerala which had invalidated the election of K M Shaji from Azhikode constituency and disqualified him for six years on the ground that he made communal remarks in the run-up to...

The Court has made it clear that though Shaji can attend the assembly, he cannot cast vote in the proceedings and draw remuneration

The Supreme Court today granted conditional stay of the judgment of the High Court of Kerala which had invalidated the election of K M Shaji from Azhikode constituency and disqualified him for six years on the ground that he made communal remarks in the run-up to the assembly polls in the state in 2016.

The three judges bench comprising Justices A K Sikri, Ashok Bhushan and M R Shah admitted his appeal and fixed a time in the last week of January 2019 for hearing. The Court however made it clear that though he can attend the assembly, he cannot cast vote in the proceedings and draw remuneration.

This means that Shaji will be able to attend the assembly proceedings, which will commence from tomorrow.

The High Court on November 9 disqualified Shaji for six years and directed the Kerala Assembly speaker and the Election Commission to take appropriate action.

The High Court had delivered the judgement on a plea filed by LDF candidate M V Nikesh Kumar, who contested the election against Shaji.

The IUML is a partner of the opposition United Democratic Front that is led by the Congress party in the state.

In his petition, Nikesh Kumar had alleged that Shaji secured a win by a margin of 2,287 votes using corrupt practices and violated norms prescribed under various sections of the Representation of the People Act to win the elections.

Nikesh had alleged that an appeal was made to voters by Shaji, who belongs to the Muslim community, his agents and other persons to vote for the UDF candidate on grounds of his religion.

He had also charged that pamphlets were circulated in the constituency urging people not to vote for a candidate who is not a believer of the Islamic faith.

The Court held that he had indulged in corrupt practices under Section 123(3) and 123(4) of the Representation of Peoples Act by appealing for votes in the name of religion and also by spreading false statements in relation of personal conduct of the opponent candidate with the intent to prejudice his winning prospects. Therefore, election was declared void on the ground under Section 100(d)(ii) of the Act in exercise of powers under Section 98.

The High Court has summarized it's findings as follows;

(2) He is also disqualified from contesting in any election for a period of six years from today. This finding of the corrupt practice of the first respondent shall be forwarded to the President of India for appropriate action under Section 8A of the R P Act, 1951.

(3) To declare the election of the first respondent as void for the corrupt practice under Section 123(2)(a)(ii) of the R P Act 1951 is hereby dismissed.

(4) The grant of further relief to declare M.V.Nikesh Kumar to have been duly elected is hereby rejected.