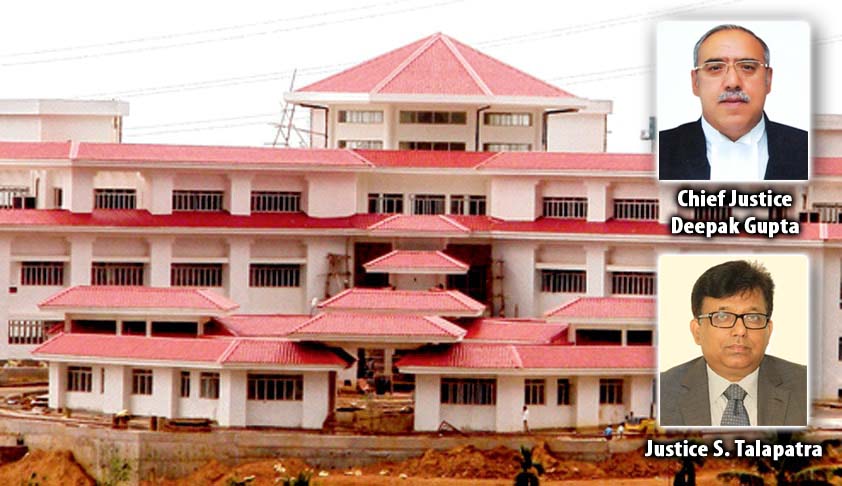 Tripura High Court has held that second marriage contracted by a Government servant without permission from the Government, even if it is permissible by personal law, amounts to misconduct. Division Bench comprising of Chief Justice Deepak Gupta and Justice S. Talapatra, however modified the punishment imposed on a BSF official to ‘compulsory retirement’ instead of dismissal from service, which was imposed by the authority.

The petitioner, Ghulam Nabi Shergujri, contended that he is a Mohammedan governed by Muslim Personal Law and, therefore, as per his personal law he is entitled to enter into a second marriage. It was also urged that he entered into the second marriage with the consent of his first wife.

Rejecting his contention, the Court said that, in case of any Government employee who has a spouse living and such person wants to enter into a second marriage which is permitted under his personal law, he must approach the Central Government or the authorities concerned with a prayer in which it should be clearly spelt out that as per his personal law he is entitled to enter into a second marriage and secondly, that such second marriage is necessary for certain reasons. It is for the Government to decide whether permission should be granted or not. It is not for the employee to decide himself without approaching the Government that he is entitled to get married a second time. This by itself is misconduct and contracting a second marriage without the permission of the Central Government, even if permissible under the personal law, clearly amounts to misconduct, the Bench said.

Modifying the punishment imposed by disciplinary authority to “compulsory retirement”, the Court said “Ignorance of law is no excuse but at the same time, we cannot ourselves ignore the hard truth that a large number of employees are not aware of the details of the rules. Whatever be the case, the petitioner is a person who served the BSF for about 20 years and the allegation against him is that he misconducted himself by contracting a second marriage while his first spouse was living. This is not a criminal offence of bigamy because the personal law permits such conduct. Misconduct is the technical misconduct in not seeking permission of the authorities concerned.”