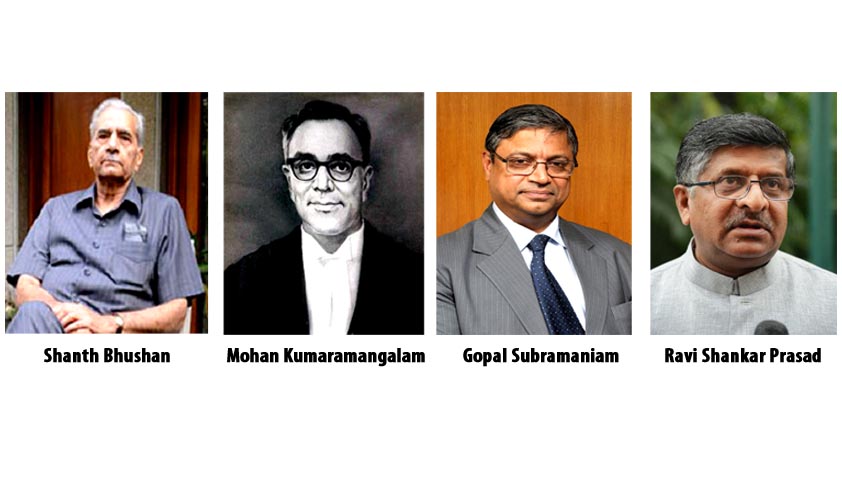 The letter of Gopal Subramaniam to the CJI withdrawing his consent for appointment as a judge of the Sup Ct has created quite a furore in the country.People are getting reminded of 1973 when Indira Gandhi directed Mohan Kumaramangalam to take steps to have a committed judiciary.   It is quite clear that the CBI and the IB have been induced to do a hatchet job for the BJP which was angry with Gopal Subramaniam as an Amicus appointed by the Supreme Court for taking a tough stand in the Sohrabuddin, Kauser Bi and Tulsiram Prajapati fake encounter cases, in which Amit Shah the blue eyed boy of Narendra Modi has been chargesheeted.

The  BJP has always insisted that the CBI was always a tool of the congress government. We had also seen this repeatedly in the corruption cases against Mayawati and Mulayam Singh. The CBI and the IB have raised 2 questions about the suitability of Subramaniam.

The first reason given by the government for opposing Subramaniam's appointment is ridiculous. The government says that a conversation between Radia and some third person shows Subramaniam in a poor light. On the contrary, the conversation between Radia and Ratan Tata where his name is mentioned shows him in a very favourable light, since Radia says "I am not sure that he (Subramaniam) will agree to what they say. He is an upright person. I think Raja will be trying to get the AG (Vahanvati)".

In fact, the Radia tapes contain a deadly conversation between Radia and the former Finance Secretary N.K. Singh who was then a member of the Rajya Sabha and is now a prominent member of the BJP is found acting as an agent of Mukesh Ambani and conspiring with her about how to get a provision introduced in the Finance Bill to give a retrospective Tax concession to Mukesh Ambanis's company passed. He tells Radia about how he has managed to get the BJP leadership to replace Arun Shourie who was going to oppose the bill, by Venkaiah Naidu (former President of the BJP), who was found to be close to the Reliance President and who was told to support this bill. Arun Shourie in his interview with Karan Thapar confirmed the truth of these events. Instead of taking action against those in the BJP leadership who are caught in the Radia tapes as being agents of Ambani, the government has targeted an independent lawyer by using the bogey of his name being merely mentioned in the Radia tapes.

So far as the other reason given by the government is concerned, ie meeting the lawyer of Raja in his chamber, I do not think that there is anything unprofessional in such a meeting in the presence of CBI officers. An allegation of this type is absurd.

I have observed the career of Subramaniam since the beginning with considerable interest and I have found him to have the highest professional rectitude, a keen intellect and a capacity for hard work. It is indeed unfortunate that the country has lost the opportunity of having a great judge in the Supreme Court and the BJP needs to be roundly condemned for this. If this government continues in this vein, they will have the same fate as Mrs. Gandhi's 1971 government.