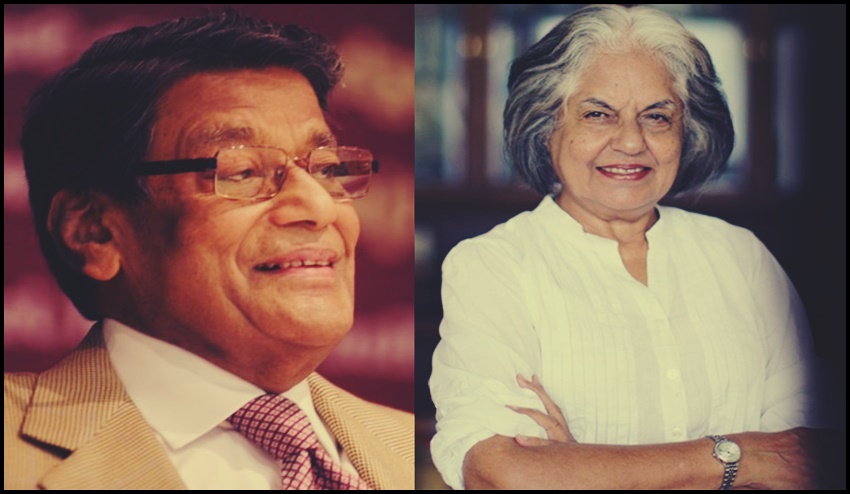 Former ASG Indira Jaising  has challenged the “discriminatory” advocate seniority designation rules. She has also given up her senior gown in protest. SC had virtually put the process of designation of lawyers as seniors on hold since two years pendingJaising’s petition. She alleged that the present system was discriminatory and if we want this to continue with the present system, it has to be democratised.

Venugopal said that designation was not only for monetary benefits, but helps a litigant to make an informed choice.

“Senior advocates incidentally make monetary benefits and expand their practice but they also sacrifice various benefits which they used to get while being an advocate”, he said.

If Senior designations for advocates is held to be bad in law, then even the system of Advocate on Records would have to be held to be bad. They (senior advocates) cannot deal directly with the client. They even cannot hold the office of Advocate of Records in Supreme Court”, the AG said.

Mathews Nedumpara, arguing on behalf of the National Lawyers' Campaign for Judicial Transparency and Reforms, also opposed the practice of conferment of senior designation by courts. The bench, after hearing the arguments, reserved its verdict

On August 10 Venugopal who was asked by the Bench to assist in the matter said Advocates Act recognised two classes of Advocates.

"Whether it is an honour or not is a matter of assumption and presumption. But after the senior designation it is a fact that lawyers get more briefs. The designation carries with it a public perception that a particular lawyer is competent and can be handed over a case with full confidence. And that he is much better than a non-senior", said the AG.

"Because of this presumption court should be circumspect while awarding seniority" said Venugopal.

Court should not be liberal in granting seniorship but fix a limit for each court and there should be a fixed number every year, the AG said.

On August 10, Jaising while discussing the "discrimination" faced by other lawyers on this account also said "seniors get a more patient hearing too from the judges and this was wrong"

Justice Rohinton Nariman who is part of the three -Judge Bench retorted: "in some courts the opposite operates".

Jaising asked the judges to order that any lawyer found lobbying for senior designation should be disqualified.

Once again calling for clear rules apart from mere norms which exist now for designation as senior, Jaisingtold the bench headed by Justice Ranjan  Gogoi: " it is not that you are doing individual favour to a person..but it is in the interest of improving the quality of administration of Justice."

Jaising while reading out the affidavit by the registrar of SC said at present the criteria was standing at the Bar, knowledge of law, etc but admits there are no rules but only norms like consideration by a full court".

She said in Commonwealth countries there is a system which includes interview. "There should be assessment based on objective and subjective material. They have to be a combination of it" she said.

Jaising said the Bar Council of India rules do not discriminate and does not distinguish "..there is no senior or non-senior lawyer.".

In Nigeria they go to chamber and look at the library also checks how many junior he has., She said.

She said the British Competition Commission brought out a report saying grant of senior designation thoughtlessly promotes monopoly in profession.