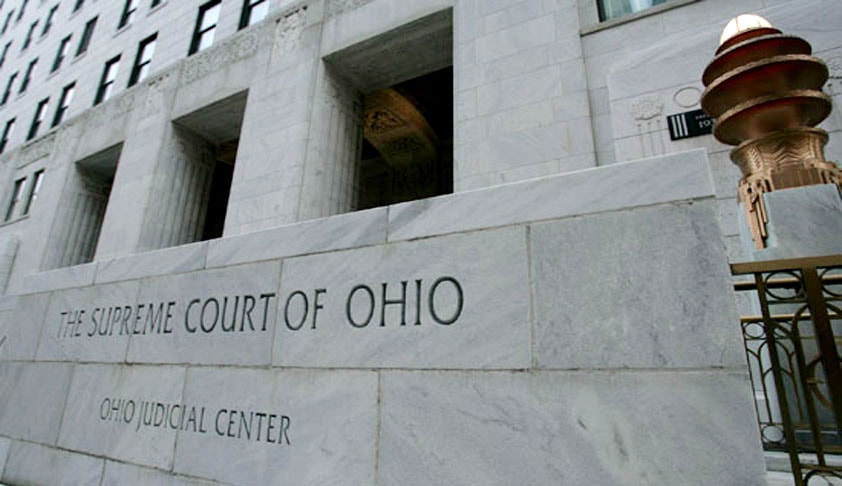 Proponents consider registration to be a more economical method of monitoring and preventing recidivism than the costly alternative of imprisonment, the court said.Supreme Court of Ohio has turned down that challenge against the sex-offender-registration and address-verification requirements imposed on the persons convicted of Sex crimes. Dismissing the appeal filed by one Travis Blankenship,...

Proponents consider registration to be a more economical method of monitoring and preventing recidivism than the costly alternative of imprisonment, the court said.

Supreme Court of Ohio has turned down that challenge against the sex-offender-registration and address-verification requirements imposed on the persons convicted of Sex crimes. Dismissing the appeal filed by one Travis Blankenship, the court held that the Tier II registration requirements imposed upon the appellant are not so extreme as to be grossly disproportionate to the crime or shocking to a reasonable person and to the community’s sense of justice.

Travis Blankenship was convicted for having an unlawful sexual conduct with a minor who was over 13 but less than 16 years of age. The trial court then sentenced Blankenship to five years of community control with conditions, including a six-month jail sentence, which was suspended after Blankenship served 12 days. Blankenship was also designated as a Tier II sex offender/child-victim offender, and was required to register in person with the sheriff of the county where he establishes residency within three days of coming into that county, as well as with the sheriff of the county in which he attends school or in which he is employed immediately upon coming into that county. He is also required to verify his residence address, place of employment, and place of education in person every 180 days for 25 years. The Court of Appeals dismissed the appeal filed him and hence he approached the Supreme Court.

Blankenship contended before the Supreme Court that the Tier II sex–offender requirements imposed upon him violated the prohibition of the Eighth Amendment to the United States Constitution against cruel and unusual punishment. He also stressed the psychologist’s opinion to support the contention that he was not a sex offender. He said that his relationship with M.H. was consensual and “caring” and that the circumstances showed no aggravating facts. He contended that a 25-year registration period would serve no legitimate penological purpose in his case.

The court observed that Blankenship was himself 21 when the relationship began with an under 16 age girl and despite his awareness of her minority; he had intercourse with her twice and contacted her while his case was pending in direct violation of the court’s presentence order. These facts, the court said is sufficient to establish his culpability in engaging in sexual conduct when the offender “knows the other person is thirteen years of age or older but less than sixteen years of age.”  The court also rejected his contention that the maturity level of a “young adult” of 21 is similar to that of a juvenile and that his culpability should be reduced accordingly, saying that such a contention is not supported by law.

The severity of the punishment

The court held that Tier II registration requirements associated with a conviction for unlawful sexual conduct with a minor are not so severe as to amount to cruel and unusual punishment under the federal Constitution. Though  his  obligation to register in person in any county where he establishes residency, goes to school, or takes a job and to verify his residence address, place of employment, and place of education in person every 180 days for 25 years is burdensome, the Court said it is not unconstitutional. The Court also said that it could not find no case in which similar registration and verification requirements have been held to be cruel and unusual punishment.

The court noted that registration provisions like the one challenged in this case, have been criticized by some as unjustified. But it opined that the penological grounds for imposing such requirements are still accepted in many quarters and are justified in part based upon the perceived high rate of recidivism and resistance to treatment among sex offenders. Proponents consider registration to be a more economical method of monitoring and preventing recidivism than the costly alternative of imprisonment, the court said.

The court also noted a case law cited by Blankenship cites In re C.P., in which we were asked to address whether lifetime registration for a new class of juvenile sex-offender registrants constituted cruel and unusual punishment under the federal and state Constitutions. The court distinguished the present case with that one saying that the concerns that led it to conclude that the requirement of lifetime registration for certain juvenile offenders violated Ohio’s prohibition against cruel and unusual punishment are largely absent when dealing with an adult who engaged in unlawful sexual conduct with a minor.

The Court also observed that General Assembly has seen fit to impose registration sanctions in cases involving sex offenses to protect the public and the stated legislative intent of the General Assembly in imposing such sanctions is to protect the public. “While some may question whether the registration requirements are the best way to further public safety, questions concerning the wisdom of legislation are for the legislature. Whether the court agrees with it in that particular or not is of no consequence. If the legislature has the constitutional power to enact a law, no matter whether the law is wise or otherwise it is no concern of the court”, the Court said.

Justice Pfeifer dissenting with the Majority view said that the consent involved may be seen as a mitigating factor. As the majority notes and I acknowledge, these potentially mitigating factors are not statutorily relevant, but they are nevertheless constitutionally relevant, Justice Pfeifer said. He also opined that, there is lack of proportionality since the Offenders at low risk of reoffending have the same reporting requirements as those considered at high risk of reoffending and the same is constitutionally flawed.

Justice O’Neill, the other dissenting Judge, said that, for offenders like Blankenship, these registration requirements guarantee an unnecessarily long term of public humiliation only and they effectively destroy any hope of leading a successful and productive life from that point forward. This mandatory registration requirement will limit Blankenship’s employability for most jobs, will prevent him from engaging in any meaningful, productive relationship with the community around him, and will essentially label him as a pariah, the Judge opined. He further said “He will have to lay his shame at the feet of everyone he encounters: employers, neighbors, love interests, friends, co-workers, and others. And for what? The public gains little of value to offset the unusual punishment because it is perfectly clear from this record that Blankenship was psychologically capable of learning his lesson the first time. And the record in this matter reflects that he has learned right from wrong. In that sense, the harsh punishment of sharing his personal information with the world for 25 years is grossly disproportionate to the crime.”