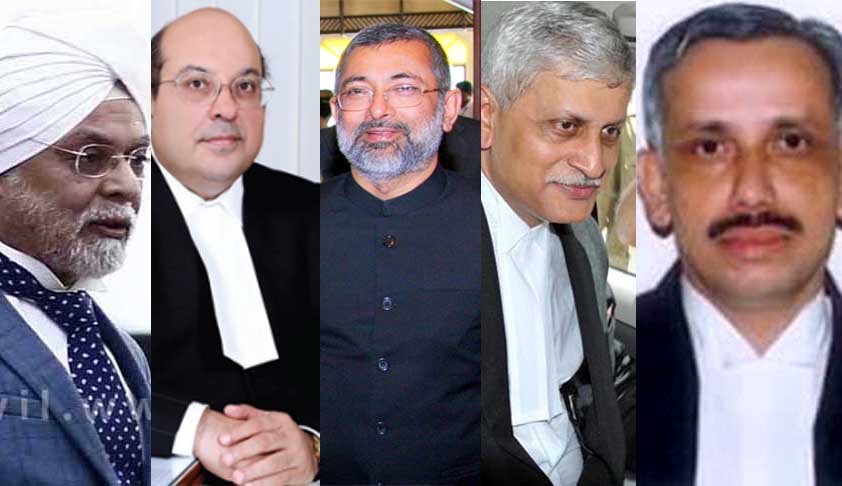 In view of the position expressed above, we are satisfied, that this is a case which presents a situation where this Court should exercise its discretion to issue appropriate directions under Article 142 of the Constitution. We therefore hereby direct, the Union of India to consider appropriate legislation, particularly with reference to ‘talaq-e-biddat’. We hope and expect, that the contemplated legislation will also take into consideration advances in Muslim ‘personal law’ – ‘Shariat’, as have been corrected by legislation the world over, even by theocratic Islamic States. When the British rulers in India provided succor to Muslims by legislation, and when remedial measures have been adopted by the Muslim world, we find no reason, for an independent India, to lag behind. Measures have been adopted for other religious denominations (see at IX – Reforms to ‘personal law’ in India), even in India, but not for the Muslims. We would therefore implore the legislature, to bestow its thoughtful consideration, to this issue of paramount importance. We would also beseech different political parties to keep their individual political gains apart, while considering the necessary measures requiring legislation.

Till such time as legislation in the matter is considered, we are satisfied in injuncting Muslim husbands, from pronouncing ‘talaq-e-biddat’  as a means for severing their matrimonial relationship. The instant injunction, shall in the first instance, be operative for a period of six months. If the legislative process commences before the expiry of the period of six months, and a positive decision emerges towards redefining ‘talaq-ebiddat’ (three pronouncements of ‘talaq’, at one and the same time) – as one, or alternatively, if it is decided that the practice of ‘talaq-e-biddat’ be done away with altogether, the injunction would continue, till legislation is finally enacted. Failing which, the injunction shall cease to operate.

What is bad in theology was once good in law but after Shariat has been declared as the personal law, whether what is Quranically wrong can be legally right is the issue to be considered in this case. Therefore, the simple question that needs to be answered in this case is only whether triple talaq has any legal sanctity. That is no more res integra. This Court in Shamim Ara v. State of UP and Another has held, though not in so many words, that triple talaq lacks legal sanctity. Therefore, in terms of Article 141 , Shamim Ara is the law that is applicable in India.

I find it extremely difficult to agree with the learned Chief Justice that the practice of triple talaq has to be considered integral to the religious denomination in question and that the same is part of their personal law.

To freely profess, practice and propagate religion of one’s choice is a Fundamental Right guaranteed under the Indian Constitution. That is subject only to the following- (1) public order, (2) health, (3) morality and (4) other provisions of Part III dealing with Fundamental Rights. Under Article 25 (2) of the Constitution of India, the State is also granted power to make law in two contingencies notwithstanding the freedom granted under Article 25(1). Article 25 (2) states that “nothing in this Article shall affect the operation of any existing law or prevent the State from making any law- (a) regulating or restricting any economic, financial, political or other secular activity which may be associated with religious practice; (b) providing for social welfare and reform or the throwing open of Hindu religious institutions of a public character to all classes and sections of Hindus.” Except to the above extent, the freedom of religion under the Constitution of India is absolute and on this point, I am in full agreement with the learned Chief Justice. However, on the statement that triple talaq is an integral part of the religious practice, I respectfully disagree.

Merely because a practice has continued for long, that by itself cannot make it valid if it has been expressly declared to be impermissible. The whole purpose of the 1937 Act was to declare Shariat as the rule of decision and to discontinue anti-Shariat practices with respect to subjects enumerated in Section 2 which include talaq. Therefore, in any case, after the introduction of the 1937 Act, no practice against the tenets of Quran is permissible. Hence, there cannot be any Constitutional protection to such a practice and thus, my disagreement with the learned Chief Justice for the constitutional protection given to triple talaq. I also have serious doubts as to whether, even under Article 142, the exercise of a Fundamental Right can be injuncted.

When issues of such nature come to the forefront, the discourse often takes the form of pitting religion against other constitutional rights. I believe that a reconciliation between the same is possible, but the process of harmonizing different interests is within the powers of the legislature. Of course, this power has to be exercised within the constitutional parameters without curbing the religious freedom guaranteed under the Constitution of India. However, it is not for the Courts to direct for any legislation.

Fortunately, this Court has done its part in Shamim Ara. I expressly endorse and re-iterate the law declared in Shamim Ara. What is held to be bad in the Holy Quran cannot be good in Shariat and, in that sense, what is bad in theology is bad in law as well.

Given the fact that Triple Talaq is instant and irrevocable, it is obvious that any attempt at reconciliation between the husband and wife by two arbiters from their families, which is essential to save the marital tie, cannot ever take place. Also, as understood by the Privy Council in Rashid Ahmad (supra), such Triple Talaq is valid even if it is not for any reasonable cause, which view of the law no longer holds good after Shamim Ara (supra). This being the case, it is clear that this form of Talaq is manifestly arbitrary in the sense that the marital tie can be broken capriciously and whimsically by a Muslim man without any attempt at reconciliation so as to save it. This form of Talaq must, therefore, be held to be violative of the 393 fundamental right contained under Article 14 of the Constitution of India. In our opinion, therefore, the 1937 Act, insofar as it seeks to recognize and enforce Triple Talaq, is within the meaning of the expression “laws in force” in Article 13(1) and must be struck down as being void to the extent that it recognizes and enforces Triple Talaq. Since we have declared Section 2 of the 1937 Act to be void to the extent indicated above on the narrower ground of it being manifestly arbitrary, we do not find the need to go into the ground of discrimination in these cases, as was argued by the learned Attorney General and those supporting him.