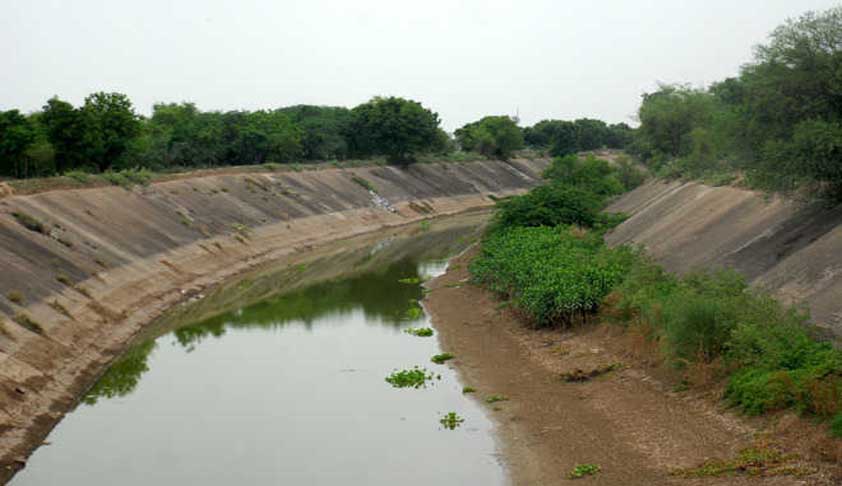 A Constitution Bench of Supreme Court of India Today unanimously held that Punjab Termination of Agreement Act, 2004 which terminated the Sutlej-Yamuna Link (SYL) canal water sharing agreement with Haryana and other neighbouring states is unconstitutional. The Supreme Court was pronouncing its verdict on the presidential reference of 2004 on the controversy relating to sharing of water from...

A Constitution Bench of Supreme Court of India Today unanimously held that Punjab Termination of Agreement Act, 2004 which terminated the Sutlej-Yamuna Link (SYL) canal water sharing agreement with Haryana and other neighbouring states is unconstitutional.

The Supreme Court was pronouncing its verdict on the presidential reference of 2004 on the controversy relating to sharing of water from the Sutlej-Yamuna Link (SYL) canal by states including Punjab and Haryana.

The Bench comprising of Justices Anil R Dave, Pinaki Chandra Ghose, Shiva Kirti Singh, Adarsh Kumar Goel and  Amitava Roy held that Punjab Act cannot be said to be in accordance with the provisions of the Constitution of India and by virtue of the said Act the State of Punjab cannot nullify the judgment and decree and terminate the Agreement dated 31st December, 1981.

It is pertinent to note that the water dispute, which the State of Punjab and State of Haryana had, had been referred to the Tribunal as per the provisions of Section 14 of the Inter State Water Disputes Act, 1956. After considering the relevant provisions, even with regard to Section 78 of the Punjab Reorganization Act, 1966, the Tribunal had taken a judicial decision and the said decision is also sought to be disturbed by virtue of enactment of the Punjab Act. The Agreement dated 31st December, 1981 is about sharing of waters of Ravi and Beas rivers. The said Agreement could not have been unilaterally terminated by one of the parties to the Agreement by exercising its legislative power and if any party or any State does so, looking at the law laid down by this Court in the case of State of Tamil Nadu, such unilateral action of a particular State has to be declared contrary to the Constitution of India as well as the provisions of the Inter State Water Disputes Act, 1956. “

It is also observed that once a conclusion is arrived at to the effect that one State, which is a party to the litigation or an Agreement, cannot unilaterally terminate the Agreement or nullify the decree of the highest Court of the country, the State of Punjab cannot discharge itself from its obligation which arises from the judgment and decree dated 15th January, 2002 and the judgment and order dated 4th January, 2004 of the apex Court.

The apex court had been asked to decide on the validity of the Punjab Termination of Agreement Act, 2004 as per which then chief minister Captain Amarinder Singh terminated the contracts for water sharing with the neighboring states- Rajasthan, Himachal Pradesh, Delhi and Jammu and Kashmir.

The bench headed by justice AR Dave, who is demitting office on November 18 had reserved the verdict on May 12 after the Centre maintained its earlier stand of 2004, that the states concerned should settle their disputes on the matter by themselves.

The Centre had said it was not taking sides and was maintaining a neutral stand in the matter in which the court has recorded the stand of other states -- Rajasthan, Himachal Pradesh, Delhi and Jammu and Kashmir.

During the hearing of the case –on March 21 this year -- Punjab assembly passed a law (Punjab SYL Canal ( Rehabilitation and Re-Visiting of Proprietary Rights) Bill 2016 to return the land acquired on its side for the construction of SYL canal. The Haryana government then approached the apex court which directed the status quo to maintained.

Punjab has earlier said the apex court was not bound to answer the presidential reference made at the instance of the Centre which had no power to resolve the dispute.

Appearing for Punjab, senior advocate Ram Jethmalani said the apex court was not bound to answer the Presidential reference on the validity of the Punjab Termination of Agreements, 2004.

The Parkash Singh Badal government has submitted that a fresh tribunal be set up to resolve all disputes with other states including Haryana on all aspects, which will also cover the riparian rights and the dwindling flow of water. It had said a fresh tribunal was sought in 2003, about 18 months before the 2004 law that annulled all inter-state pacts, to review the 1981 Longowal Accord on river water-sharing in view of depleting flow and other changed circumstances.

The water-sharing agreement was among Punjab, Haryana, Rajasthan, Himachal Pradesh, Delhi and Jammu and Kashmir.