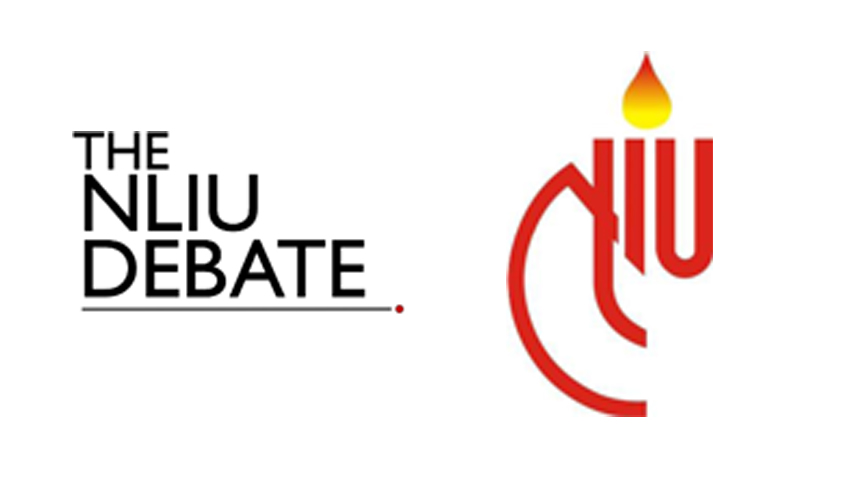 Jus Cultura (JC), the Literary, Debating and Quizzing Society at National Law Institute University, Bhopal is organizing Fourth NLIU Debate.DATE 9th October to 11thOctober, 2015GUIDELINESThe format of the Fourth NLIU Debate shall be 3-on-3 Asians Parliamentarywhile adhering to the (N=1) rule for adjudicators i.e. each team must be accompanied by one adjudicator.In the spirit of ensuring...

Each debating match will consist of two teams; one to propose the motion and one to oppose it. The team proposing may be known as ‘the Proposition’, ‘the Affirmative’ or ‘the Government’. The team opposing may be known as ‘the Opposition’ or ‘the Negative’. Teams will be designated as the Proposition or the Opposition for each round of the Competition.

Once the prescribed time has elapsed, speakers have a 20-second ‘grace period’, during which they should conclude their speech. After this grace period is over, there will be a continuous knocking, and the adjudicators shall disregard the rest of that particular speech. Speakers continuing after the ‘grace period’ may be penalized by the adjudicators in the Method category.

NOTE: Conflicts on the basis of frivolous grounds willnot be entertained.

Like last year, we are offering a total prize money pool of Rs.1.5 lakhs. The breakup of the same is as given below:

The teams will be put up in Hotel Abhinav Palace, Bhopal on the Hoshangabad Road with classy interiors and cordial hospitality. Thetransportation to and from the NLIU campus, where the Debate rounds will be held, will be arranged for by the organisers. You should also keep an eye out for the events on the break-night when you can soak your spirits and have a good time.