The Right To Privacy Judgment Is A Year Old, But Not A Year Wiser 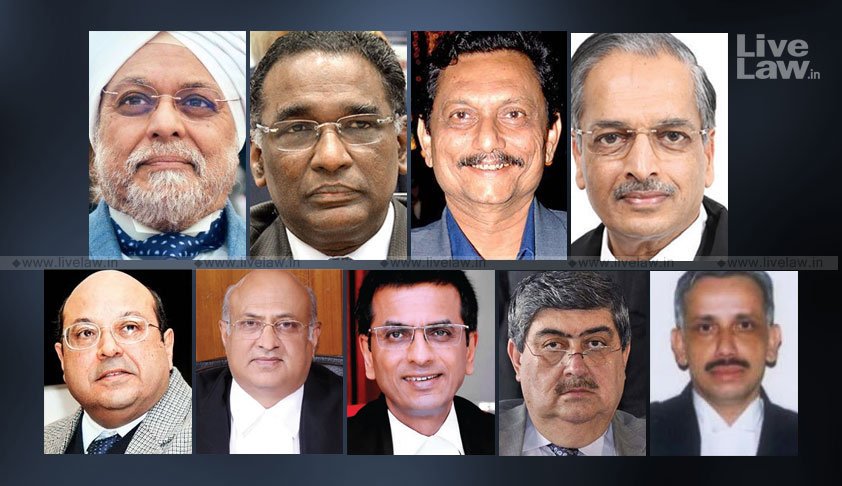 August 24 marks the first anniversary of the Supreme Court’s seminal judgment on the right to privacy in Justice KS Puttaswamy (Retd.) v. Union of India, which was a watershed moment in Indian fundamental rights jurisprudence. Now, it is not often that nine judges of the Apex Court of the country come together to pronounce a unanimous judgment. However, the developments since its pronouncement have only battered the tall principles laid out by the Constitution Bench instead of making these rights stronger, or even implementing them in letter and spirit—citizens are still being forced to opt for Aadhaar and the Justice Srikrishna Committee report was practically an attempt at diluting the principles so gleefully celebrated after the Puttaswamy judgement, while the judgment on Section 377 of the Indian Penal Code is being eagerly awaited.

It may be recalled here that the Government’s efforts to introduce a data protection and surveillance oversight legislation for the protection of citizens data privacy rights as a consequence of the Attorney General for India’s attempts to alleviate the criticism of Aadhaar and like programmes during the right to privacy hearing.

The committee, set up in July last year under the chairmanship of Justice BN Srikrishna, a retired judge of the Supreme Court, submitted its report last month, after a year of secrecy-shrouded on its deliberations. While since then activists and legal experts have pointed out several gaps in the draft bill and the report as such, the most striking feature of the recommendations is its undermining of the legal principles propounded by the right to privacy judgment, with its attempts to place digital economy ahead of individual’s rights over data. 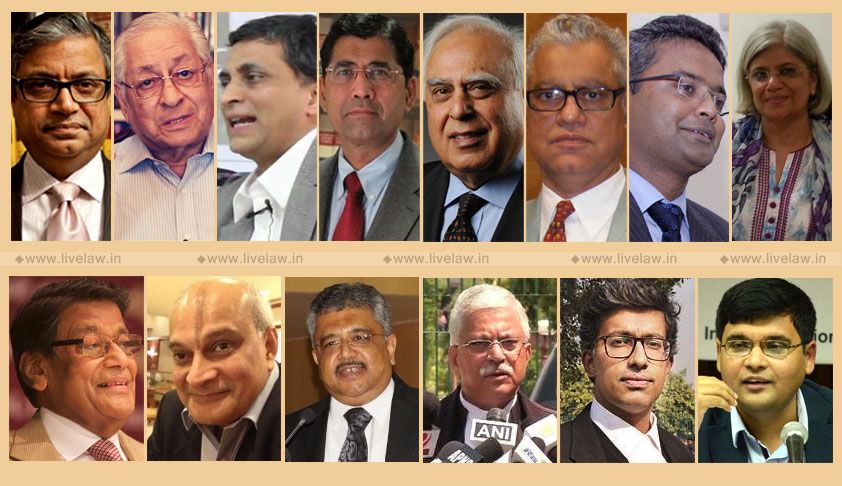 As Advocates Apar Gupta and Ujwala Uppaluri point out, that committee report, “A Free and Fair Digital Economy: Protecting Privacy, Empowering Indians”, propounds the apparent hierarchy in its title: the common good and economy take precedence over individual rights. This runs in a direction opposite to the Puttaswamy judgment, which had rejected the argument that the right to privacy dissolves in the face of amorphous collective notions of economic development.

Now, the Puttaswamy judgment was precisely celebrated because of the hope that individual rights would be accorded the pedestal that they deserve. The report, however, gives the state carte blanche in the legitimate tension between data privacy rights and the imperatives of governance and security. Naturally, its acceptance in entirety or even in parts by the government would be a travesty of justice, until significant reforms are carried out not just in the recommendations made by the committee but also in the non-transparent and non-inclusive approach adopted by it.

Sabka Aadhaar: By hook or by crook

While a robust data protection regime is expected to significantly alleviate the concerns on Aadhaar, the current state attitude towards the scheme is nevertheless worrisome, to say the least. Citizens are still being compelled to opt into the scheme by “threatening” denial of the same, despite Supreme Court orders warning against it, and the allegations of major data breaches in the Aadhaar system are only worsening the citizens’ apprehensions.

Advocate Prasanna S., who assisted Senior Counsel Shyam Divan while representing the four privacy petitioners, feels that while the pronouncement of the judgment was monumental, it hasn’t shown the desired effect on the ground. He told LiveLaw:

“…it has to be said that the pronouncement of the judgment has done very little in terms of altering state practice. The unlawful and indiscriminate collection, interception, use and disclosure of personal data continues unabated and unjustifiable and there is an urgent need to bring in an institutional mechanism to justice and enforce the right to privacy through a comprehensive central law.

We have also seen that Aadhaar, the context in which the 9-judge bench judgment was delivered, continues without altering any of its practices. People continue to be threatened with denial of one service or another for want of Aadhaar or for want of successful authentication.  People also continue to be asked by government and private entities alike to link their Aadhaar number with every transaction even as the final judgment on the constitutionality of Aadhaar and its extent is still awaited.”

Perhaps the most awaited impact of the right to privacy judgment has been on Section 377 of the Indian Penal Code, the British-era law that criminalizes “carnal intercourse against the order of nature”, excluding same-sex relations between adults in private and hence, effectively decriminalizing homosexuality.

To give a quick recap, the provision was read down in 2009 by the Delhi High Court, which decriminalised consensual sex between adults from the purview of the provision, asserting that the provision “grossly violates [homosexual individuals’] right to privacy and liberty embodied in Article 21 insofar as it criminalises consensual acts between adults in private.” However, this judgment was overturned in 2013 by the Supreme Court, which ruled that Section 377 would apply to same-sex couples irrespective of age and consent, in a major setback to civil rights in general and LGBTQ rights in particular.

Nevertheless, just when hope seemed dim, the right to privacy judgment gave a major fillip to the aspirations of the LGBTQ community and their supporters. This was especially because in doing so, the Apex Court had observed that sexual orientation is an “essential component of identity” and that the rights of the LGBT community are “real rights founded on sound constitutional doctrine”.

Hopes turned into aspirations when the Supreme Court referred the petitions filed by a few LGBT citizens for consideration by a larger bench. The hearing by a bench comprising Chief Justice Dipak Misra, Justice A.M Khanwilkar, Justice D Y Chandrachud, Justice R F Nariman and Justice Indu Malhotra began on 10 July. The hearing saw some extremely articulate and moving arguments being advanced by the petitioners, who now sought a civil rights judgment instead—one not just decriminalising sexual acts under Section 377, but also legally insulating the LGBTQ community against discrimination or denial of any civil rights to them.

Now, as Advocate Gautam Bhatia notes, it is unclear whether the Supreme Court will finally choose to decriminalise same-sex relations on the ground of privacy, or on the prohibition of discrimination under the equal protection clause, or by reading “sexual orientation” into the word “sex” in the non-discrimination clause, or in a combination of all of these. Any which way, it was the privacy judgment that brought the petitions filed by the members of the LGBTQ community to the forefront, after being left in the cold storage for over a year.  The judgment in the case is now eagerly awaited, with the entire LGBTQ community holding its breath and waiting to come out of the shadows empowered with the full rights that a citizen of this country can and should possess.

The echoes of the right to privacy judgment have also been felt in the ardent fight being put up before the Delhi High Court against the IPC provision permitting marital rape. Senior Advocate Karuna Nundy, who is leading this fight by representing two of the petitioners, relies heavily on the privacy judgment to assert that a women’s physical integrity flows directly from the fundamental right to life, dignity and bodily privacy; and her right to sexual and reproductive autonomy flows directly from the right to liberty.

She essentially submits that even if one married woman suffers her constitutional rights being violated by legal rape, she must have the protection of the Constitution of India, citing the privacy judgment. However, the resistance being put up by the Centre and the State, with submissions such as its criminalization destabilising the institution of marriage, reflects on their unwillingness to realise the ideals of the Supreme Court judgment in Puttaswamy case as well, delivering another blow to the hopes placed on the verdict.

While speaking to LiveLaw, Ms. Nundy explained, “The privacy judgment came at a time we urgently needed a constitutional articulation for the present time, for the mind to be without fear and the head held high. The expanding panopticon of surveillance now must be tested against the doctrines of mental privacy and decisional autonomy. So many of our laws around sexual assault and morality are not based on the bright-line of consent.

I am citing the judgment extensively on the privacy of the body, in arguments before the Delhi High Court on the constitutionality of marital rape. Of course, bringing those rights home will depend on court decisions in the section 377 case, the adultery matter, marital rape, cases on surveillance and on beef eating bans. That will be the real proof of the pudding.”

The cases elaborated-on above of course barely touch the surface of the possible and the desired impact of the right to privacy judgment. For instance, Ms. Indira Jaising has referred to the privacy ruling to bring a fresh challenge to the legality of beef bans in various states. In addition to a novel approach to abortion laws and reproductive rights, the judgment could also function as the touchstone for evaluating the legality of a range of actions under various laws, such as search and seizures under taxation laws, the disclosure of information under the RTI Act, or even the two-finger test for rape survivors.