'Read Our Sabarimala Judgment; Tell Your Govt That Our Judgments Are Not To Be Played With' : Justice Nariman Slams SG Tushar Mehta 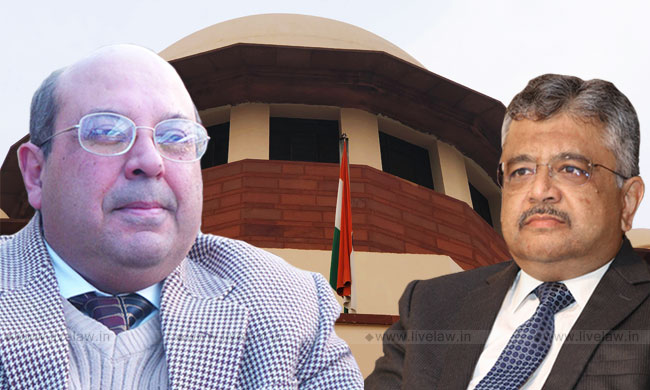 "Please read our dissenting judgment in Sabarimala. Our judgments are not to be played with. Tell your government that our judgments stand",  Justice Nariman told the SG.

This happened during the hearing of the petition filed by Enforcement Directorate against the Delhi High Court' order granting bail to Congress leader D K Shivakumar in an alleged money laundering case.

The bench, also comprising Justice Ravindra Bhat, expressed its disinclination to entertain the petition of the ED right in the beginning itself.

The Court noted that the ED had 'copy-pasted' from their petition against P Chidambaram.

"The petition seems to be cut, copy and paste from the petition against P Chidambaram. Shivakumar is referred to as the former Home Minister. This is not the way to treat a citizen", Justice Nariman remarked.

As the Solicitor General kept on urging the bench to not dismiss the matter, Justice Nariman made the remarks on compliance of SC judgments.

Justice Nariman asked the SG to apprise the officials of Centre about the dissenting judgment in Sabarimala review, where he stated that the compliance of judgments of the Supreme Court is mandatory.

The observations in Sabarimala review case were made in the context of the violent agitation led by certain groups to block the entry of women in the age group of 10 to 50 years to the Sabarimala temple.

"The Constitution places a non-negotiable obligation on all authorities to enforce the judgments of this Court. The duty to do so arises because it is necessary to preserve the rule of law. If those whose duty it is to comply were to have a discretion on whether or not to abide by a decision of the court, the rule of law would be set at naught", said Justice Nariman in the dissent. Justice Chandrachud had also joined Justice Nariman in the dissent in the five judge bench.

Justice Nariman said that while the citizenry was constitutionally empowered to express bona fide criticism of a judgment, it was not permissible to "thwart" or "encourage persons to thwart", the directions or orders of the highest court.