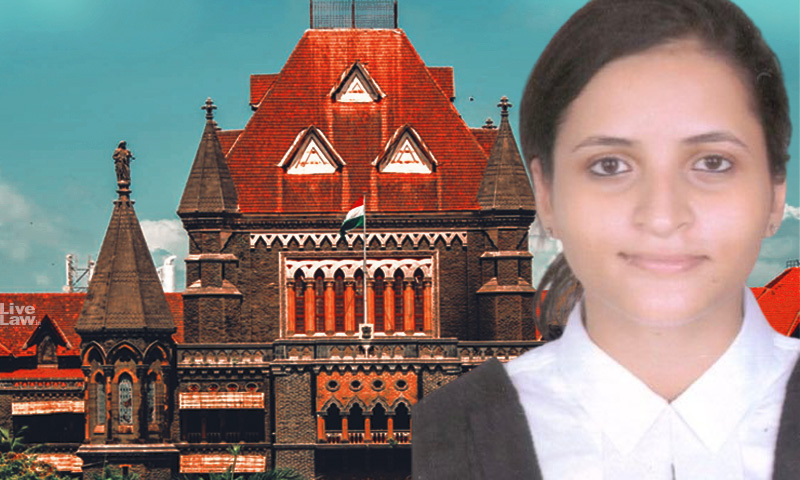 Mumbai-based Advocate Nikita Jacob, against whom a Non-Bailable Warrant has been issued by a Delhi Court in connection with the Greta Thunberg "tool kit" case, has now moved the Bombay High Court Seeking Transit Anticipatory Bail.The matter has been listed for tomorrow before the Bench of Justice P D Naik. #Breaking : Advocate Nikita Jacob has moved the Bombay High Court for...

Mumbai-based Advocate Nikita Jacob, against whom a Non-Bailable Warrant has been issued by a Delhi Court in connection with the Greta Thunberg "tool kit" case, has now moved the Bombay High Court Seeking Transit Anticipatory Bail.

The matter has been listed for tomorrow before the Bench of Justice P D Naik.

The Delhi police procured a non-bailable warrant for her arrest, this morning. Jacob has sought transit anticipatory bail for four weeks and a copy of the FIR in the interim.

In her petition filed through advocate Sanjukta Dey, Jacob has said that on February 11 the Delhi Police's Cyber Cell Unit came to her house with a search warrant and seized her personal documents and electronic gadgets which had confidential information protected by attorney- client privilege. They have also recorded her statement, she said.

Jocob says she volunteered in an environmental movement called "Extinction Rebellion," which helps to create awareness about environmental issues and create a positive change in the world today through non-violent means.

Jacob claims she has been researching and circulating information for raising awareness as she was "deeply concerned with the recent farm laws and consequent villainising of farmers."

She has claimed that some "trollers" and "bots" are circulating her personal information, email-ids and phone number on social media and she is unnecessarily being associated with political parties.

"The said accounts have been circulating the same anonymously and has been picked up by fact less/ untrustworthy and unethical news channels who have been violating the applicants privacy and dissecting her personal information whilst also alleging absolute lies to incite hate and violence against the applicant by claiming that the applicant have ties with political parties like Aam Admi Party, "the petition further states.

Jacob says that she learned from social media that Legal Rights Observatory has filed a complaint with the Delhi police seeking to pin the 26th January 2021 violence on her as well. She adds that she has neither received a copy of the complaint or the FIR from any authority.

"It is difficult for women to travel to other states and defend themselves with the clout of fear of getting arrested in transit on the basis of this frivolous/ false complaint/ FIR," the petition states.

The plea further states that after her phone was seized, it was de-sealed in order to try and continue investigation and she has been intimated about the continuing investigation. "there is an apprehension that despite cooperating with the investigating agency, the applicant may be arrested due to political vendetta and a media trial.," it adds.

Her lawyers sought urgent circulation of the matter today. The case will now come up before justice PD Naik tomorrow.

Her lawyer was granted urgent circulation and the case wil come up for hearing tomorrow.

As per the claims of the Police, they have found in their investigation that the organization behind the "toolkit" shared by Greta Thunberg is Poetic Justice Foundation, which allegedly contacted Advocate Nikita Jacob and asked her to organize a "tweetstorm" ahead of Republic Day protest by farmers. The organization is a Khalistani group, the police say.

The development has come a day a Delhi Magistrate remanded a 21-year-old climate activist Disha Ravi, who was arrested from Bengaluru to 5-day custody of the Delhi police.

Disha Ravi, one of the founders of 'Fridays For Future' campaign in India was arrested from her house located within Soladevanahalli police station limits in Bengaluru by a Special Cell of the Delhi Police on Saturday.

The "toolkit" was aimed at spreading disaffection and ill-will against the government of India and creating disharmony among various social, religious and cultural groups, the police had added.

It may be noted that The Cyber Cell of the Delhi Police had lodged an FIR on February 4 against unnamed persons over the 'toolkit' shared in connection with coordination of farmers' protests.

The case against unnamed persons was registered on charges of criminal conspiracy, sedition, and various other sections of the Indian Penal Code, the police said.