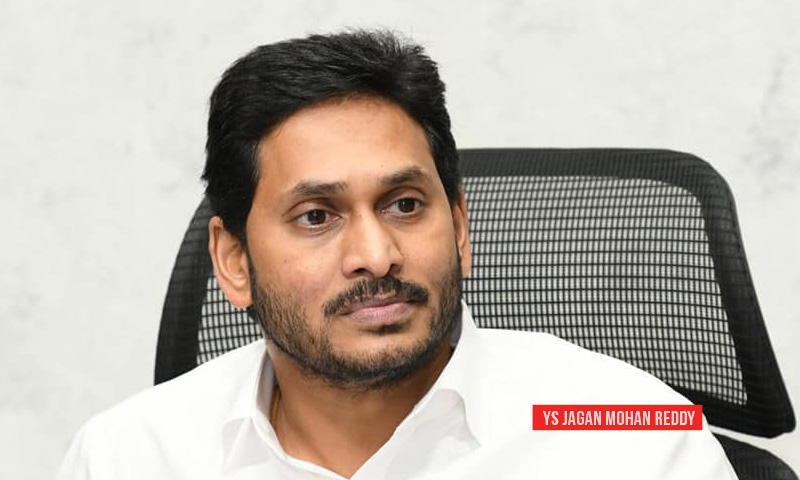 In a strongly-worded Order, the Andhra Pradesh High Court on Monday (12th October) ordered CBI Inquiry into cases registered for defamatory remarks against Judiciary by YSRCP leaders.This order by the Bench of Justice Rakesh Kumar and Justice J. Uma Devi came days after Y. S. Jagan Mohan Reddy, the Chief Minister of Andhra Pradesh, wrote a complaint to the Chief Justice of India, S A...

This order by the Bench of Justice Rakesh Kumar and Justice J. Uma Devi came days after Y. S. Jagan Mohan Reddy, the Chief Minister of Andhra Pradesh, wrote a complaint to the Chief Justice of India, S A Bobde, alleging that some High Court judges are attempting to protect the interests of the major opposition party, Telugu Desom Party, in politically sensitive matters.

Notably, the Court, while expressing displeasure over the investigation by the State CID, directed the CBI to take over the probe into the alleged derogatory comments made by ruling YSR Congress leaders on social media against some judges and against the Judiciary as an entity.

Notably, the order begins with the following words,

"The petitioner, whose shoulder is heavily burdened with the responsibility of mainly protecting the right of a citizen guaranteed under Part III of the Constitution of India, is itself before this Court with inwardly pain due to indirect/direct attack on it by some of malefactors." (emphasis suplied)

"Even some occupying high positions and Constitutional posts are not restraining themselves in committing the same mistake. Since the month of April, 2020, this Court has noticed that a new trend has developed in the State of Andhra Pradesh to abuse the High Court and its Judges on different sites of social media and even in the interviews given to electronic media." (emphasis suplied)

The Order goes on to state,

"It is true that under the provisions of the Contempt of Courts Act, 1971, in a case of willful disobedience/insult to the Court, one can be dealt with; but the fact remains that penal provisions under the Contempt of Courts Act are though enough to deter persons, who have some faith in the system; but not enough to deter such malefactors in making unwarranted allegations against the Judiciary or Judges." (emphasis suplied)

The Court also notes in its order that the person occupying high posts are indulging in waging war against the judicial system in the State of Andhra Pradesh, and they are oblivious of the fact that even their entity exists since there is a democratic system in our country.

Further, it has also been mentioned in the order that

The Matter taken up by the Court

The petitioner, i.e., High Court of Andhra Pradesh, at Amaravati, taking a decision on the administrative side, preferred to invoke the writ jurisdiction under Article 226 of the Constitution of India, primarily with a view to protect its entity from the attack of some of the antisocial elements in the State

The Court noted that even after filing of the two complaints by the Registrar General of High Court of Andhra Pradesh; one on 16.04.2020 and another complaint, dated 17.04.2020, culminating to the registration of two Crimes, vide Crime No.16 of 2020 and Crime No.17 of 2020 registered for the offences under Sections 505 (2) and 506 of the Indian Penal Code, 1860, instead of a decline in posting defamatory posts on social media, it started increasing.

The Court notes in its order that earlier, two complaints were filed on noticing defamatory posting against one of the Hon'ble Judges of this Court, which was posted by one of the alleged accused, namely, Kondareddydhanireddy, YSRCP.

Almost, in the same context, again on 17.04.2020, a written report was submitted under the signature of the Registrar General to the Superintendent of Police, Cyber Crimes, CID, disclosing cognizable offences against the accused persons on an allegation of posting on social media.

Immediately thereafter, the Court remarks, the social media was flooded with objectionable posts. Even the persons occupying high position went to the media and gave interviews against the High Court and its Judges, that too, from the party office belonging to a political party, which is in power.

Accordingly, this was the reason for filing written report/complaint by the Registrar General for registering of FIR.

On the directions of the High Court, its Registrar General lodged a complaint with the CID giving names and related evidence but the state police wing reportedly booked only nine people.

Submissions before the Court

Ashwini Kumar's submission (counsel for the petitioner) - By way of referring to various relevant facts, tried to persuade the Court that the investigation by respondent No.5-CID was not proceeding in its right perspective.

An allegation was made that despite registration of altogether twelve FIRs, in none of the cases, the investigation proceeded in its right perspective.

Ashwini Kumar, by way of referring to a number of documents brought on record through I.A.No.20 of 2020, which was directed to be treated as a part of the writ petition, argued that the attack on Judiciary is continuously increasing with impunity.

He referred to some documents relating to certain news items and tried to persuade the Court that even the sitting Hon'ble Speaker of Andhra Pradesh Legislative Assembly and the Hon'ble Deputy Chief Minister have also not restrained themselves in making scathing remarks against the Judiciary.

By way of referring to aforesaid facts, the counsel for the petitioner tried to persuade the Court that, against the Judiciary, which is one of the main pillars of the democracy, such scathing attack is being made with impunity, which requires immediate intervention and thorough investigation; and, as such, it was prayed to entrust the investigation into the aforesaid matter to an independent investigating agency.

He further submitted that in view of the fact that the attack has been made by the persons occupying high positions and associated with the Government, there is no possibility of fair and independent investigation at the hands of an agency under the control of the State Government and he requested to entrust the case to an independent and well equipped investigating agency like the CBI.

Senior Counsel S. Niranjan Reddy's Submissions (for respondent number 4 to 6) - He vehemently opposed the allegation made by the learned counsel for the petitioner.
He, by way of referring to the facts disclosed in the counter affidavit as well as an additional counter-affidavit, duly sworn by the respondent No.5 highlighted that after receipt of the complaint, CID had immediately registered the FIR; and, as per the procedure prescribed under the Code of Criminal Procedure as well as Cyber Laws, they are proceeding with the investigation.

According to S. Niranjan Reddy, senior counsel, the allegation of the petitioner that CID is hand in glove with the accused persons is irrelevant, having no basis, and such allegation has been made without any such appropriate pleading.

However, at the time of the hearing, on being asked by the Court, considering the nature of the allegations made against one of the pillars of democratic set up, i.e., Judiciary, as to what would be the difficulty if the investigation into the matter is entrusted to an agency, which has got wider jurisdiction and having branches in different States with more manpower and more equipped than the present agency, which has got very limited resources, learned counsel for respondents showed no objection.

Accordingly, without going into the merit of the case or without recording any observations against either of the parties, the Court proposed "to entrust all the matters to an agency, namely, Central Bureau of Investigation, which is fairly fit, having a wider scope for investigation as agreed by all the parties".

Final directions of the Court

It has been specifically stated in the order that the investigation in all the aforesaid FIRs stands transferred to the Central Bureau of Investigation.

The CBI, through its Director, has been directed to take up investigation in all the aforesaid FIRs forthwith and proceed with the same in accordance with the law.

The Court has also directed the CBI that on examination of materials available on record, if other materials disclose cognizable offences, it would be necessary for the CBI to register more FIRs, investigate and bring the same to its logical end.

Further, the CBI has been directed that immediately after taking up the investigation, it may take steps so that all the defamatory posts available on social media, i.e., private respondents may be struck down and may also take steps to block such users in accordance with the law.

CBI has been further directed to submit its report in a sealed cover to this Court within eight weeks from the date of receipt of a copy of this order.

The Government of Andhra Pradesh, through its Chief Secretary as well as the Director-General of Police, are directed to ensure full cooperation and assistance and provide all logistic support, if asked by the CBI.

It may be noted that earlier, the High Court of Andhra Pradesh had issued notice to Centre, AP Government, AP Police, Google, Twitter, Facebook, Instagram and Whatsapp in a writ petition filed by the High Court itself seeking action against defamatory social media posts against the judiciary.

The petition filed through HC Registrar sought directions to the police to take action on two FIRs, lodged on 16 April and 18 April, complaining against unknown people posting "defamatory and scandalous material" on social media platforms.

These complaints mentioned comments relating to different judgments passed by the HC adverse to various decisions of the State Government.
Also, earlier, the HC had initiated suo moto contempt action against 49 persons for allegedly posting such contents in social media.

The Court had issued suo moto contempt notices to 49 persons, including a Member of Parliament and a former Member of Legislative Assembly, observing that they made intimidating and abusive social media posts against judges.

Bapatla MP, Nandigam Suresh and former MLA Amanchi Krishna Mohan, both belonging to the ruling YSR Congress Party (YSRCP), are among those who were served the notices.