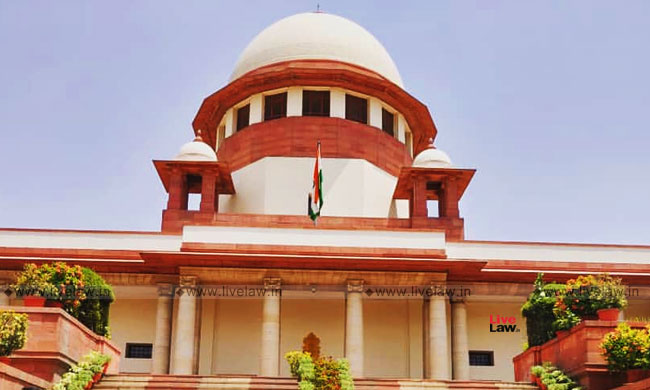 The Supreme Court on Thursday issued notice on a petition seeking implementation of audio-video recording of witness statements recorded by a Police officer under Section 161 CrPC. A bench comprised by Justice RF Nariman, Justice Navin Sinha and Justice BR Gavai has issued notice to the Union Ministry of Home Affairs. The bench said that it is important to "follow up" on...

The Supreme Court on Thursday issued notice on a petition seeking implementation of audio-video recording of witness statements recorded by a Police officer under Section 161 CrPC.

The bench said that it is important to "follow up" on the directions issued by the Top Court in Shafhi Mohammad v. State of Himachal Pradesh' (2018) 5 SCC 311, with respect to introduction of "videography in investigation".

The court was hearing a SLP moved by one Paramvir Singh Saini, inter alia, raising larger questions, viz., audio-video recordings of statements and the installation of CCTV cameras in police stations generally.

The Petitioner had contended that recording of witness statements is also a stipulation (not mandatory) under the CrPC. The first proviso to Section 161(3) provides that statements made to a police officer during witness examination may also be recorded by audio-video electronic means.

In addition to this stipulation, the bench noted that the Supreme Court had in the case of Shafhi Mohammad, had directed that steps must be taken to introduce videography in investigation, particularly for crime scene as desirable and acceptable best practice.

To ensure the same, the Court had directed the MHA to constitute a Central Oversight Body that may issue appropriate directions so as to ensure that use of videography becomes a reality in a phased manner.

It was ordered that the first phase of implementation of crime scene videography must be introduced by 15th July, 2018, at least at some places as per viability and priority determined by the COB.

The Court had also directed that with a view to check human rights abuse, CCTV cameras be installed in all police stations as well as in prisons.

"There is need for a further direction that in every State an oversight mechanism be created whereby an independent committee can study the CCTV camera footages and periodically publish report of its observations," the Top Court had observed.

The Court had accepted a Centrally Driven Plan of Action prepared by the Committee of the MHA, for implementation of the directions in a phased manner with milestone-based review mechanism as follows:

Holding that "follow up to these directions is important," the Bench has issued notice to the Union of India- Ministry of Home Affairs and has appointed Senior Advocate Siddharth Dave as Amicus Curiae.

Last year, the Madras High Court had issued certain guidelines to be followed by the investigating officers, for audio-visual recording of witness statements in heinous crimes punishable with imprisonment of ten years and above and in offences involving women and children.

"When the entire world is moving towards electronic means, it is high time that the criminal prosecution must also take advantage of this development and it will strike a balance between the rights of the accused and the rights of the victim," the High Court had observed therein.