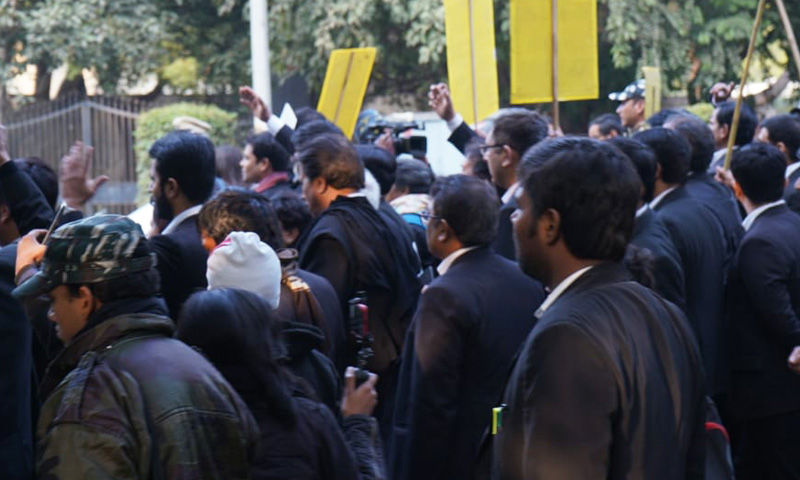 On Tuesday, the Supreme Court pulled up the Bar Council of India for not coming up with any ‘concrete’ plans for preventing State Bar Associations from going on strikes and abstaining from court work.

A Bench of Justices Dinesh Maheshwari and Bela Trivedi took strong objection to the BCI’s lackadaisical attitude while considering a contempt petition filed by NGO, Common cause.

“If the Bar Council of India can’t expedite the things which are needed to be done by itself, for the legal fraternity and particularly, the members of the Bar, who else is going to do it?..... We need specific, concrete preventive measures. This is not a process that we can allow at your own leisurely pace”.

Though the members come from the State Bar Councils, the powers and functions are different, Prasad said. He added that sensitizing the associations is also important.

“They all are sensitized but they don’t follow”, Justice Trivedi added.

In Orissa and Calcutta, stringent actions were taken against the Office bearers of the Bar Associations and were suspended pending inquiry, the advocate apprised.

In November, another bench of the Court had expressed that it expected the BCI to suspend the licenses of the lawyers who have been striking in Odisha over a long-standing demand for a permanent bench of the Orissa High Court in the western part of the state, at Sambalpur.

“We thought you will come up with something concrete. Now you are here nor there. Come with the details for the next hearing”, a dissatisfied Bench said.

Prasad assured the Court that he would file an affidavit to this end before the next hearing.

Laxity on the part of the BCI is not something that is doing us any good. Rules (on conduct and professional etiquette) are already provided, the Bench further pointed out.

Relying on the Harish Uppal judgment, the advocate appearing for the petitioner NGO submitted that the Court had suggested the Centre frame rules against advocates going on strike.

“There are several judgments but there should be compliance. If the BCI is strict enough, lawyers would know that there are consequences.”

This prompted the Bench to say that BCI is should behave responsibly as it has many rights and duties.

“ (The) Bar Council has to be seen as a responsible body for which it was been provided in a statute. It's a body with many rights and responsibilities. Expectations and accountability are heavier on BCI. It must show seriousness towards its causes”.

Dealing with the entire fraternity is left to the BCI, the Court observed while urging the body to cover the issues more concretely and clearly.

"If you read those rules of professional ethics and etiquette already provided by the bar Council of India, they are so comprehensive, so specific that what to say of strike. Anything which doesn't fit within the status of a lawyer, an officer of the court, a member of the bar, is expected not to be done. Anything. Strike is not the only thing. It is not that the rules are not there, but it is merely the inserting of a line in the rules, that is what they are looking for. This needs a reasonable, workable solution. Bar Council had to be seen as a responsible body for which the Bar Council of India has been provided for in the statute. When so many rights have been given, so many responsibilities have been given, expectations from and accountability of the bar Council of India are higher. Bar Council of India must ensure seriousness towards the causes. Dealing with the entire legal fraternity is left to you. They have to come up more concrete, more clear on your proposition. This is the second time we are saying we require more seriousness from the bar Council of India", Justice Dinesh Maheshwari during the hearing.

Advocate Tripathi appearing for the then Secretary of Delhi High Court Bar Association- to which contempt notice was issued- told the court that they had been on a one-day strike. After that, the Bar had resolved to not go on strikes and also tendered its unconditional apology.

“It has had an effect. My client has tendered an apology”, the advocate said. The Bench indicated that it would look into the apology later. It also sought the assistance of all the advocates while posting the case on March 16.

“We expect you to come up with something conclusive. Don't want BCI to be sorry (again)”, Court said before parting with the matter.

Last month, the Court observed that the BCI, being a major body, has to come up with propositions to handle situations regarding advocates agitating and going on strikes.