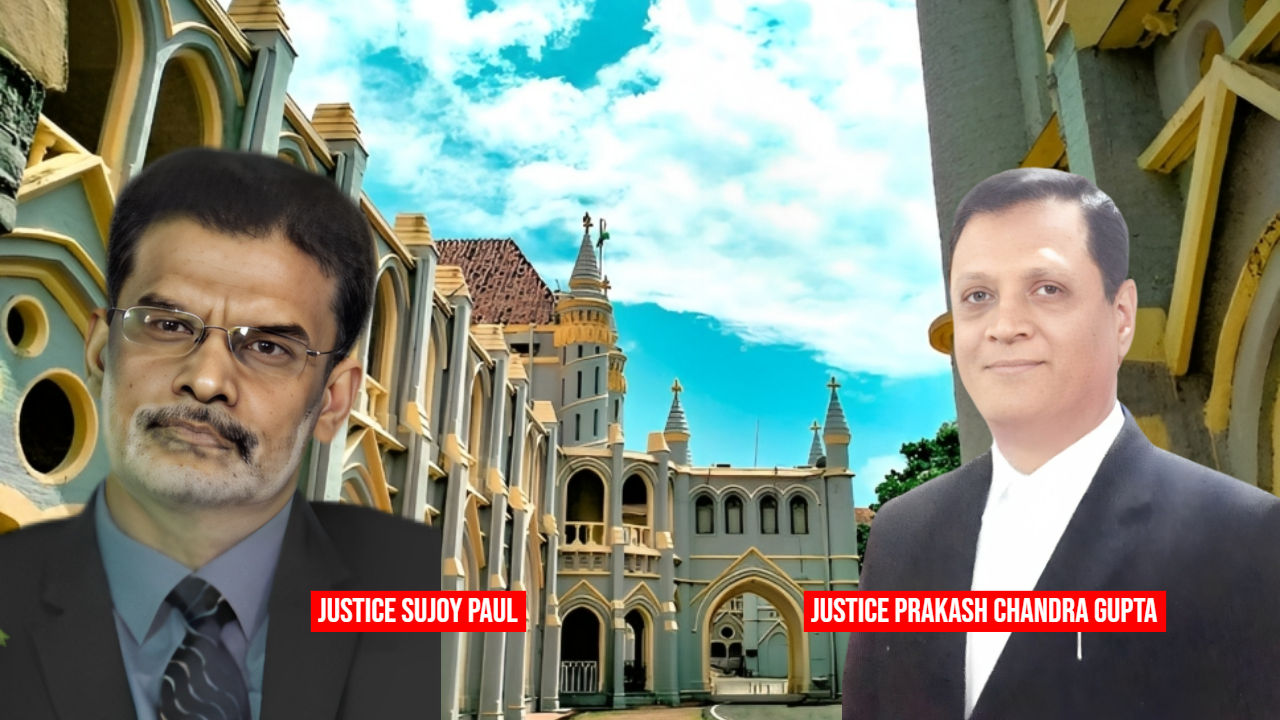 In a significant order, the Madhya Pradesh High Court has restrained the State Government from taking coercive action against any person who contravenes Section 10 of the Madhya Pradesh Freedom of Religion Act, 2021 which requires a person desiring to convert religion to give a declaration in this regard to the District Magistrate.

Finding this provision to be prima facie unconstitutional, a bench of Justice Sujoy Paul and Justice Prakash Chandra Gupta further directed the state to not prosecute the adult citizens if they solemnize the marriage of their own volition.

The bench ordered thus while hearing a bunch of writ pleas challenging the constitutionality of the 2021 Act. In one of the pleas, a specific prayer was made to strike down Sections 2(a), 2(b), 2(c), 2(d), 2(e), 2(i), 3 (Prohibition of conversion from one religion to another), 4 (Complaint against the conversion of religion), 5 (Punishment for contravention of Section 3), 6 (any marriage performed in contravention of Section 3 shall be deemed null and void.), 10 (Declaration before conversion of religion) and 12 (Burden of Proof) of the Act.

The arguments against the MP Freedom of Religion Act

During the course of the hearing in the matter, the petitioners primarily submitted that the 2021 act is clearly unconstitutional and therefore during the pendency of these matters, the respondent/State be restrained from prosecuting anyone under the impugned M.P. Freedom of Religion Act, 2021.

It was argued that the act gives unbridled and arbitrary powers to the authorities to prosecute citizens and it further seeks to interfere with the fundamental right of citizens to practice a religion and marry a person of their choice irrespective of caste and religion of their spouse.

It was also submitted that if the impugned act is permitted to stand it will not only infringe the valuable fundamental rights but will disturb the harmony of the society. Stressing that every citizen has a valuable right not to disclose his belief, the petitioners strongly submitted before the Court that a citizen is under no obligation either to disclose his own religion or his intention to switch over to another religion.

It was lastly argued that disclosure of religion or intention to change the religion, as made mandatory under Section 10 of the Act, may rather lead to communal tension and may endanger the life or limb of the convertee, and therefore, it was pointed out that the requirement of prior information before conversion as par the Act of 2021 violates the fundamental right of a citizen.

On the other hand, the State argued that the petitioners are claiming a blanket interim relief that cannot be granted and if interim relief is granted, it will amount to giving them final relief. It was further contended that the endeavor of the Court should be to uphold the constitutionality of the enactment.

At the outset, the Court took into account the Apex Court's judgments in the cases of Lata Singh Vs. State of Uttar Pradesh and Ors. (2006) 5 SCC 475 and Laxmibai Chandaragi B & Anr. v. State of Karnataka & Ors LL 2021 SC 79 to stress that marriage, sexual orientation, and choice in relation to these aspects are in the realm of the right to privacy and it has a direct relation with the dignity of the individual.

Further, the Court also took into account the Judgment of the Himachal Pradesh High Court in the case of Evangelical Fellowship of India and Anr. Vs. State of H.P. 2012 SCC Online HP 5554, which declared a provision of H.P. Freedom of Religion Act, 2006 as unconstitutional which required the citizens to inform the authorities about their wish to change their religion.

Significantly, in light of the aforesaid judgments, the MP High Court further observed that the Constitutional right to the freedom of religion under Article 25 has implicit within it the ability to choose a faith and the freedom to express or not express those choices to the world.

Consequently, the Court came to the conclusion that a strong prima facie case had been made out by the petitioners for the grant of interim protection in relation to the marriage of two adult citizens of their volition and against any coercive action for violation of Section 10 of the Act.

Therefore, directing the state to not prosecute the adult citizens if they solemnize the marriage of their own volition and not take coercive action for violation of Section 10, the Court directed the State government to file its para-wise return within three weeks.

In related news, last year, the Gujarat High Court stayed the operation of Sections 3, 4, 4A to 4C, 5, 6, and 6A of the Gujarat Freedom of Religion (Amendment) Act, 2021. The Gujarat High Court had prima facie observed that the law "interferes with the intricacies of marriage including the right to the choice of an individual, thereby infringing Article 21 of the Constitution Of India".

A division bench comprising the then Chief Justice Vikram Nath and Justice Biren Vaishnav observed that the provisions of the law, commonly known as the 'love jihad' law, put parties who have validly entered into inter-faith marriage "in great jeopardy".