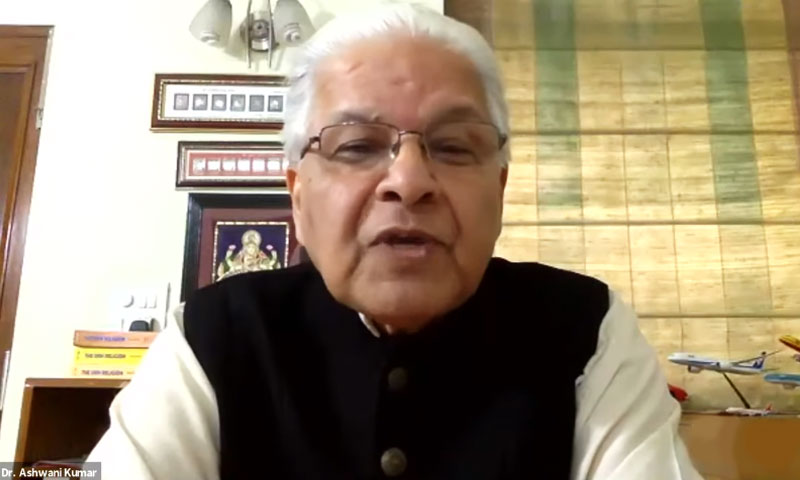 "Constitutionality is being replaced with muscularity, and in a democracy, we cannot let that happen", said Senior Advocate and Former Union Law Minister, Dr. Ashwini Kumar on the instances of custodial torture happening in the country.He was speaking at a webinar organized by LiveLaw on the topic "Custodial Deaths: Need For An Anti-Torture Law". The webinar featured the presence...

"Constitutionality is being replaced with muscularity, and in a democracy, we cannot let that happen", said Senior Advocate and Former Union Law Minister, Dr. Ashwini Kumar on the instances of custodial torture happening in the country.

He was speaking at a webinar organized by LiveLaw on the topic "Custodial Deaths: Need For An Anti-Torture Law".

The webinar featured the presence of former Judge of the Supreme Court Justice Deepak Gupta, Dr. Ashwini Kumar, and National Editor of Political Affairs at Hindustan Times Sunetra Choudhary. It was moderated by Advocate Avani Bansal.

The discussion commenced with a reference to the brutal custodial deaths of the father-son duo in Thoothukudi, Tamil Nadu, wherein the two were picked up by the police for keeping their shop open for 15 minutes after curfew hours. The duo was mercilessly beaten up in custody, which led to their death, however, the police attempted to cover up the same by releasing a statement which said that they had succumbed to heart illnesses.

In this context, Bansal asked Dr. Kumar about his views on why there was no anti-torture law in India yet to which Dr. Kumar responded that his head hangs in shame that his country has yet to come up with a domestic legislation to ratify The Convention against Torture and Other Cruel, Inhuman or Degrading Treatment or Punishment ("The Torture Convention").

"India is yet to enact a law which is a prerequisite for us to become a responsible member of the international legal regime against torture."

Also Read : Torture Is Not Just Physical; If You Keep A Person Behind Bars For Minor Reasons, That's Also Torture : Justice Deepak Gupta

Dr. Kumar narrated the events that led to the dismissal of his Writ Petition. He stated that despite the matter being heard and him arguing for 4 hours, the matter concluded with a 40-page judgement whereby the Court refrained from framing guidelines.


"I am absolutely baffled that the Supreme Court chose not to exercise their power to delve into this matter. The happenings in Tamil Nadu have once again shocked the conscience of the nation."

Dr. Kumar expressed that the Court ought to have exercised its "nudge and suggestive" jurisdiction to frame appropriate guidelines to address the legislative vacuum.

Sunetra Choudhary said that the apathy that people felt towards alleged criminals was at the core of custodial torture.

"First of all, I disagree with the notion that there are rising incidents. I truly believe that these cases were always there. But, the issue is that, for a long time, people thought that those who were in custody, deserved to be there. If you read Justice Krishna Iyer's judgements, the Rules we have in place, the Code of Criminal Procedure, you can see that we have a system in place. So, what has gone wrong? My theory is that a majority of the people really do not care about the torture that is happening because they think it's happening to criminals and they deserve it."

Choudhary alluded to her book "Black Warrant" wherein the torture of the Nirbhaya convicts, and the death of Ram Singh, has been highlighted.


"While hearing the mercy petitions of the murderers and rapists of Nirbhaya, my book 'Black Warrant' was highlighted to show that they were tortured in custody, with Ram Singh dying. When this was brought before the Bench, they did not care. Compare it with what happened in US when Epstein died in jail. They did not sweep it under the carpet; they had a proper inquiry. Did we have that? No." 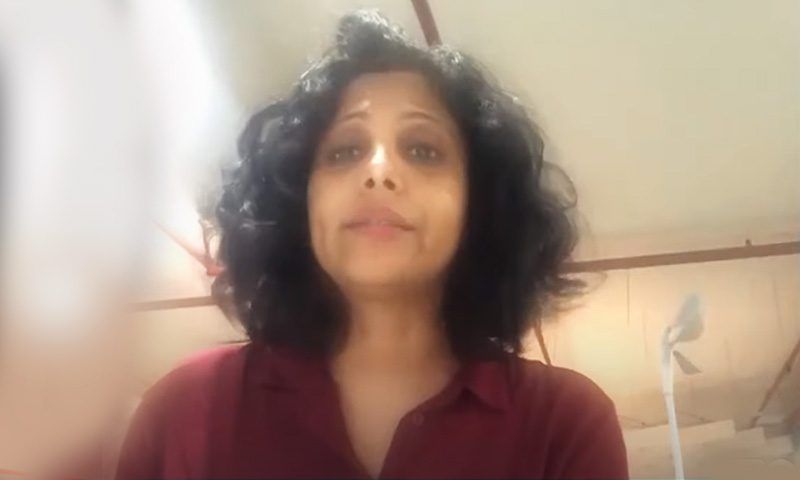 Choudhary elaborated upon how the mindset of people needs to be tackled before venturing into the amendments to laws or promulgation of new laws. This mindset gets perpetuated by society, the government and the policy-makers.

"The entire mindset is that if someone is so horrific, then it's okay if they get tortured. If you come from that mindset, then the police also have no issues in torturing someone who's an alleged criminal."

Dr. Ashwani Kumar was then asked about the challenges that are faced by the lawmaker when it comes to discourse in the Parliament. Dr. Kumar, in response, highlighted the Universal Periodic Review which involves a review of the human rights records of all UN Member States. The Attorney-General of India represents the country.

"Since 2008, the AG of the country of that day has been promising the UN about the passing of the law and every year, there has been a polite censor from the UN about how India has still not fulfilled its commitment to ratify the Torture Convention."

Dr. Kumar drew attention to the draft law on anti-torture which addresses compensation, witness protection, issues of sanction. The law further gives an inclusive definition of torture; anything that causes physical or mental torture is proscribed.

"I just read the news from Kashmir where one person was incarcerated for 24 years! Who will give him back the 24 years of his life? Our conscience as a nation has truly been scarred. We need to take a pledge that this kind of torture shall not be tolerated."

In context of the Madras High Court order which stated that the police welfare programme should continue, Choudhary talked about the mental well-being of police officers, which, according to her, contributed to violent behaviour. She responded saying that it is an extremely important factor as the government as well as the policy-makers make the police work under distressed circumstances which turns the oppressed into the oppressors.

"They're compensated poorly, they work under pressure. This, of course, does not condone the acts of the police. However, it is a factor and I'm aware that they work under horrific circumstances. They're tired, they're harassed, and they end up harassing others. The authorities don't give them resources and cut corners."

@DrAshwani_Kumar: We must work in aid of Constitutional goals. There can be no justification for abdication of anyone's roles. There is a need for political mobilisation as well. What compensation can you give to a man who has spent years in jail ?

Dr. Ashwani Kumar then emphasized on the collective need for everyone to work in aid of Constitutional goals.


"There can be no justification for abdication of anyone's roles. There is need for political mobilization as well. What compensation can you give to a man who has spent years in jail? Sometimes, lawmaking becomes a function of a popular response. The Tamil Nadu case must spur the response so that we have a reasonable and purposive law in place."

Dr. Kumar concluded the webinar by castigating the influence of media trial on court proceedings.

"Every day, under the nose of the Supreme Court, media trial has been happening. The right of the media to express itself is subject to the right to get a fair trial, unlike the cacophony that happened in Hyderabad".