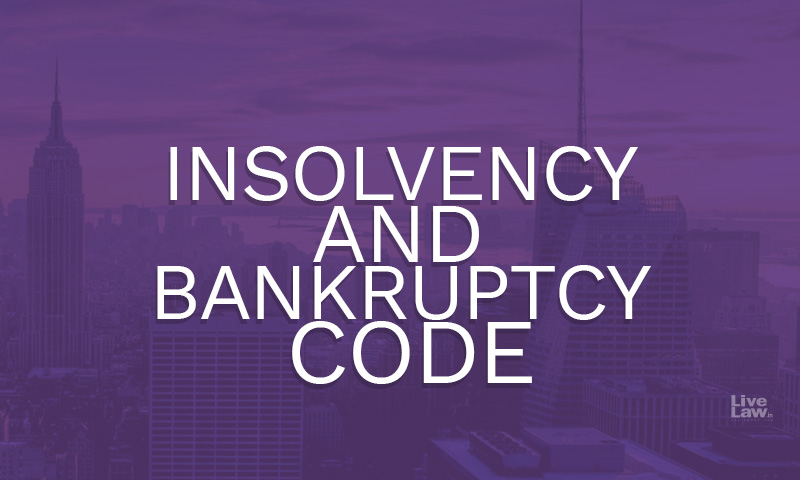 The Supreme Court has held that collusive or sham transactions with a corporate debtor will not amount to "financial debt" within the meaning of the Insolvency and Bankruptcy Code 2016(IBC)."The IBC recognizes that for the success of an insolvency regime, the real nature of the transactions has to be unearthed in order to prevent any person from taking undue benefit of its provisions to...

The Supreme Court has held that collusive or sham transactions with a corporate debtor will not amount to "financial debt" within the meaning of the Insolvency and Bankruptcy Code 2016(IBC).

"The IBC recognizes that for the success of an insolvency regime, the real nature of the transactions has to be unearthed in order to prevent any person from taking undue benefit of its provisions to the detriment of the rights of legitimate creditors", observed a bench headed by Justice DY Chandrachud in the case Phoenix Arc Private Limited v Spade Financial Services Ltd and others.

What are collusive transactions?

While considering the issue, the bench discussed the meaning of 'financial debt' and 'collusive transactions'.

It noted that "financial debt" means a debt along with interest, if any, which is disbursed against the consideration for the time value of money.

In the decision in Pioneer Urban Land and Infrastructure Ltd vs. Union of India, the Court had interpreted the term "disbursed" as money which has been paid against consideration for the "time value of money".

"..the "disbursal" must be money and must be against consideration for the "time value of money", meaning thereby, the fact that such money is now no longer with the lender, but is with the borrower, who then utilises the money", the Court had observed in Pioneer.

The Insolvency Law Committee has interpreted "time value"  to mean compensation or the price paid for the length of time for which the money has been disbursed. This may be in the form of interest paid on the money, or factoring of a discount in the payment.

In this backdrop, the SC in the present case observed :

"A transaction which is sham or collusive would only create an illusion that money has been disbursed to a borrower with the object of receiving consideration in the form of time value of money, when in fact the parties have entered into the transaction with a different or an ulterior motive. In other words, the real agreement between the parties is something other than advancing a financial debt".

The Court noted that the appellants in the case, AAA and Spade, were related parties within the meaning of Section 5(24) at the time when the alleged financial debt on the basis of which they assert a claim to be a part of the CoC was created.

The Court also also concluded that the transactions between Spade and AAA on one hand, and the Corporate Debtor on the other hand, which gave rise to their alleged financial debts, were "collusive in nature".

"Therefore, it is evident that there existed a deeply entangled relationship between Spade, AAA and Corporate Debtor, when the alleged financial debt arose. While their status as related parties may no longer stand, we are inclined to agree with Mr Kaul that this was due to commercial contrivances through which these entities seek to now enter the CoC. The pervasive influence of Mr Anil Nanda (the promoter/director of the Corporate Debtor) over these entities is clear, and allowing them in the CoC would definitely affect the other independent financial creditors", the bench observed on the facts of the case.

The judgment also held that a financial creditor which is not a "related party" to the corporate debtor at present can also be excluded from the Committee of Creditors(CoC) if it is found that its removal of the "related party" label was a part of strategy to bypass the bar under Section 21(2), first proviso of the Insolvency and Bankruptcy Code(IBC). Separate report explaining that aspect may be read here.

Financial Creditor Can Be Excluded From CoC If It Got Rid Of 'Related Party' Label Only With Intention To Circumvent Bar Under Section 21(2) IBC : SC