Free Speech Of Citizens Cannot Be Stifled By Implicating Them In Criminal Cases: Supreme Court 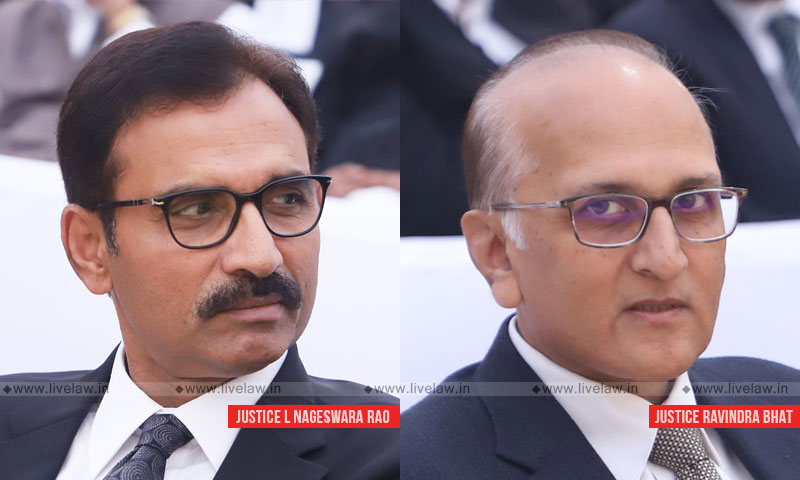 Free speech of the citizens of this country cannot be stifled by implicating them in criminal cases, unless such speech has the tendency to affect public order, the Supreme Court remarked while quashing FIR registered against Shillong Times Editor Patricia Mukhim over a Facebook post on violence against non-tribal people in Meghalaya.The bench comprising Justices L. Nageswara and S....

Free speech of the citizens of this country cannot be stifled by implicating them in criminal cases, unless such speech has the tendency to affect public order, the Supreme Court remarked while quashing FIR registered against Shillong Times Editor Patricia Mukhim over a Facebook post on violence against non-tribal people in Meghalaya.

The bench comprising Justices L. Nageswara and S. Ravindra Bhat noted that the facebook post was directed against the apathy shown by the Chief Minister of Meghalaya, the Director General of Police and the Dorbar Shnong of the area in not taking any action against the culprits who attacked the non-tribals youngsters.

Disapprobation of governmental inaction cannot be branded as an attempt to promote hatred between different communities, the court said.

The court allowed the appeal filed by Mukhim challenging the Meghalaya High Court order which had dismissed her plea to quash the FIR. Referring to Sections 153 A and 505 (1) (c) of the Indian Penal Code, the bench observed that only where the written or spoken words have the tendency of creating public disorder or disturbance of law and order or affecting public tranquility, the law needs to step in to prevent such an activity. It said:

The intention to cause disorder or incite people to violence is the sine qua non of the offence under Section 153 A IPC and the prosecution has to prove the existence of mens rea in order to succeed.  The gist of the offence under Section 153 A IPC is the intention to promote feelings of enmity or hatred between different classes of people. The intention has to be judged primarily by the language of the piece of writing and the circumstances in which it was written and published. The matter complained of within the ambit of Section 153A must,  be read as a whole. One cannot rely on strongly worded and isolated passages for proving the charge nor indeed can one take a sentence here and a sentence there and connect them by a meticulous process of inferential reasoning.

Referring to the Facebook post made by Mukhim, the bench observed that her fervent plea for protection of non-tribals living in the State of Meghalaya and for their equality cannot, by any stretch of imagination, be categorized as hate speech.

"At the most, the Facebook post can be understood to highlight the discrimination against non-tribals in the State of Meghalaya. However, the Appellant made it clear that criminal elements have no community and immediate action has to be taken against persons who had indulged in the brutal attack on non-tribal youngsters playing basketball. The Facebook post read in its entirety pleads for equality of non-tribals in the State of Meghalaya. In our understanding, there was no intention on the part of the Appellant to promote class/community hatred. As there is no attempt made by the Appellant to incite people belonging to a community to indulge in any violence, the basic ingredients of the offence under Sections 153 A and 505 (1) (c) have not been made out. Where allegations made in the FIR or the complaint, even if they are taken on their face value and accepted in their entirety do not prima facie constitute any offence or make out a case against the accused, the FIR is liable to be quashed.", the bench said.

The bench particularly referred to a judgment the Canadian Supreme Court [Saskatchewan (Human Rights Commission) v. Whatcott] which explained a workable approach in interpreting "hatred" as is used in legislative provisions prohibiting hate speech. It noted:

"The first test was for the Courts to apply the hate speech prohibition objectively and in so doing, ask whether a reasonable person, aware of the context and circumstances, would view the expression as exposing the protected group to hatred. The second test was to restrict interpretation of the legislative term "hatred" to those extreme manifestations of the emotion described by the words "detestation" and "vilification". This would filter out and protect speech which might be repugnant and offensive, but does not incite the level of abhorrence, delegitimization and rejection that risks causing discrimination or injury. The third test was for Courts to focus their analysis on the effect of the expression at issue, namely, whether it is likely to expose the targeted person or group to hatred by others. Mere repugnancy of the ideas expressed is insufficient to constitute the crime attracting penalty."

While allowing the appeal, the court observed:

India is a plural and multicultural society. The promise of liberty, enunciated in the Preamble, manifests itself in various provisions which outline each citizen's rights; they include the right to free speech, to travel freely and settle (subject to such reasonable restrictions that may be validly enacted) throughout the length and breadth of India. At times, when in the legitimate exercise of such a right, individuals travel, settle down or carry on a vocation in a place where they find conditions conducive, there may be resentments, especially if such citizens prosper, leading to hostility or possibly violence. In such instances, if the victims voice their discontent, and speak out, especially if the state authorities turn a blind eye, or drag their feet, such voicing of discontent is really a cry for anguish, for justice denied – or delayed. This is exactly what appears to have happened in this case.