Jammu & Kashmir Ceases To Be A State From Today; UTs Of J&K And Ladakh Come Into Existence 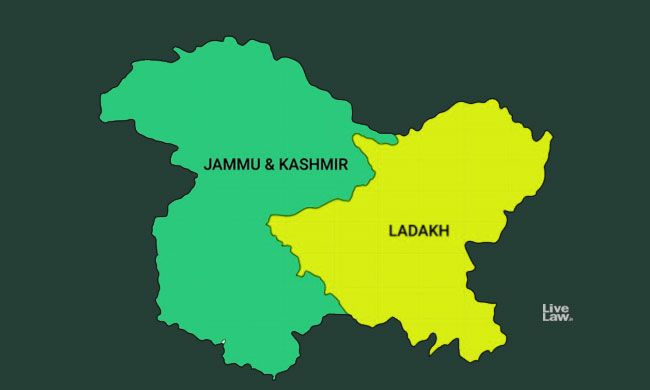 The Jammu and Kashmir Reorganization Act, which downgrades and bifurcates the State of Jammu and Kashmir into the Union Territories of J&K and Ladakh, has taken effect from today, October 31.The Centre had notified October 31 as the 'appointed day' for the taking effect of the Act passed by the Parliament on August 6.The Act was made along with the measures taken by the Central Government...

The Centre had notified October 31 as the 'appointed day' for the taking effect of the Act passed by the Parliament on August 6.

The Act was made along with the measures taken by the Central Government to revoke the special status enjoyed by the State of J&K by diluting Article 370 of the Constitution.

A slew of petitions have been filed in the Supreme Court challenging the constitutionality of J&K Reorganization Act and the repeal of the special status of the state. On October 1, the Constitution Bench of the Supreme Court adjourned the hearing of the petitions till November 14 based on Centre's request for time to file reply. Though the petitioners sought for a listing before October 31, the Court refused.

Administration of the new Union Territories:

J&K will be a Union Territory with a state legislature. Ladakh will not be having a state legislature. The term of the Legislative Assembly has been fixed at 5 years. This, too, is a notable change as, previously, the term of the Legislative Assembly of the State of Jammu and Kashmir was fixed at 6 years under the Constitution of Jammu and Kashmir.

IAS officers Girish Chandra Murmu and R K Mathur, who have been appointed the new Lieutenant Governors (LG) for the Union territories (UTs) of Jammu and Kashmir, and Ladakh respectively, will be sworn-in at separate functions to be held in Srinagar and Leh on Thursday.

Both Murmu and Mathur will be sworn in by Chief Justice of J&K High Court Gita Mittal.

The Act provides for a 107-member legislative assembly for J&K, which can make laws on any matter specified in the State list of the Seventh Schedule, except 'police' and 'public order', and any matter in the concurrent list applicable to UTs.

The Bill provides that there shall be an Advocate General for the UT of Jammu and Kashmir, to be appointed by the Lieutenant Governor. However, no such provision has been provided for the UT of Ladakh.

One of the most significant changes that the Bill brings is that it repeals 164 State Laws and makes 108 Central Laws applicable to both the Union Territories by omitting the words "except the State of Jammu and Kashmir" from the provisions of those Acts.

Consequently, statutes such as the Ranbir Penal Code, the J&K Evidence Act, the Civil Procedure Code and Criminal Procedure Code of the State of Jammu and Kashmir have been repealed.