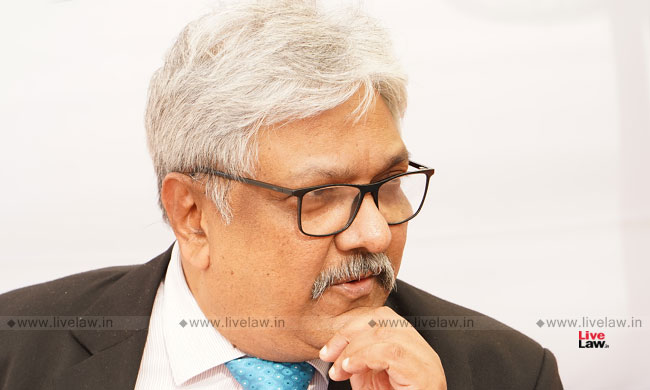 The Doctrine of Severability must apply on surer foundations, said Justice KM Joseph while opining that the entire Part IXB of the Constitution dealing with co-operative societies is liable to be struck down.

"Once the Court has painted the relevant provisions, which are the substantial provisions (Article 243ZI to 243ZQ), with the brush of unconstitutionality, rendering those provisions, still born, it would appear that the provisions contained in Article 243ZR and Article 243ZS would not have the crutches without which these provisions cease to be workable and are impossible to sustain.", Justice Joseph said.

The judge expressed his complete agreement with the majority judgment reasoning and conclusion in regard to the provisions relating to Article 240ZI to Article 243ZQ and Article 243ZT. But according to him, the Doctrine of Severability cannot be applied to sustain Article 243ZR and Article 243ZS to the multistate cooperative societies operating in various states and Union Territories.

Referring to R.M.D. Chamarbaugwalla and another v. Union of India , the judge said that there are three Rules to apply the doctrine of severability:

The judge applied these Rules to Part IXB and observed as follows:

19. The intention, therefore, discernible was that Parliament intended to provide a uniform set of legislative norms and create rights, liabilities and powers across the board through the length and breadth of the country. In fact, it was to inform all cooperative societies, whether they were governed by laws made by the State Legislatures, falling under Entry 32 of List II of Seventh Schedule, or the appropriate Entry under List I. 20. In other words, homogeneity was sought to be introduced without any discrimination between cooperative societies falling within the legislative domain of State Legislatures and of Parliament. The setting and the manner, in which the Articles have been ordered in Part IXB, would go to show that the substantive provisions, which actually conditioned the legislative power, among other things, was directed against the State Legislatures.

28. Both these provisions are entirely dependent upon the provisions contained in Article 243ZI to 243ZQ. This is for the reason that both these provisions expressly provide that the 'provisions of this part', which clearly means the foregoing provisions, which are contained in Article 243ZI to 243ZQ, are to apply in regard to multistate cooperative societies and to Union Territories with the modifications, which are indicated therein. There can be application and modifications of something which exists. There cannot be either, when the elaborate provisions are to be treated as not born

The majority judgment struck down Part IXB insofar as it applies to co-operative societies which operate within a State, on the ground that there was no requisite ratification under both sub-clauses (b) and (c) of the proviso to Article 368(2) of the Constitution.

Article 243ZR of Part IXB provided that all the provisions of this Part which apply to multi-State co-operative societies would apply subject to the modification that any reference to a "Legislature of a State, State Act or State Government" shall be construed as a reference to "Parliament, Central Act or the Central Government" respectively.

"77. There is substance in this argument. In Kihoto Hollohan (supra), it was held that a composite amendment that was presented to the President for his assent, one part of the amendment requiring ratification from the States and the other not requiring ratification, was severable, as a result of which Paragraph 7 alone of the 10th Schedule of the Constitution was struck down for want of ratification by the States. There can be no doubt that in its application to multiState co-operative societies, neither Article 246(3) nor Entry 32 List II of the 7th Schedule would be attracted. Equally, the test of severability laid down in Kihoto Hollohan (supra) which required the court in that case to ascertain whether the legislature would at all have enacted the law if the severed part was not part of the law cannot be said to apply in a case like the present where, had the amendment dealing with multi-State co-operative societies been in a separate part of Part IXB, such test would be inapplicable. The Statement of Objects and Reasons for the Constitution 97th Amendment Act makes this clear. It is clear, therefore, that the Scheme qua multi-State cooperative societies is separate from the Scheme dealing with "other cooperative societies", Parliament being empowered, so far as multi-State cooperative societies are concerned, and the State legislatures having to make appropriate laws laying down certain matters so far as "other cooperative societies" are concerned. The effect of Article 246ZR is as if multi-State co-operative societies are separately dealt with in a separate sub-chapter contained within Part IXB, as is correctly contended by the learned Attorney General. Also, there is no doubt that after severance what survives can and does stand independently and is workable.

The court also rejected the argument that as the consequence of holding that the Constitution 97th Amendment Act is void for want of ratification would render the entire amendment still-born, as a result of which no part of the amendment can survive.

"We reject this argument for two reasons. If the doctrine of severability were not to apply for the afore-stated reason, then the majority judgment in Kihoto Hollohan (supra) would be incorrect. This very reasoning would then render the entire Constitution 52nd Amendment, which inserted the Tenth Schedule to the Constitution of India, constitutionally infirm as then the entirety of the amendment would have to be declared void for want of ratification, which would be in the teeth of the majority judgment in Kihoto Hollohan (supra). Further, on this reasoning, the amendments made in Article 19 and the addition of Article 43B would also have to be struck down, which was not pleaded or argued before either the High Court or before us. This being the case, we declare that Part IXB of the Constitution of India is operative insofar as multi-State co-operative societies are concerned.", the majority observed.

The majority judgment also rejected the contention raised by the Attorney General that under Article 243ZS in its application to Union territories the same situation would prevail as the application of Article 243ZR.