'Grass Is Not Greener On The Other Side Of Fence': Kerala High Court To Radicalists In Terror Recruitment Case 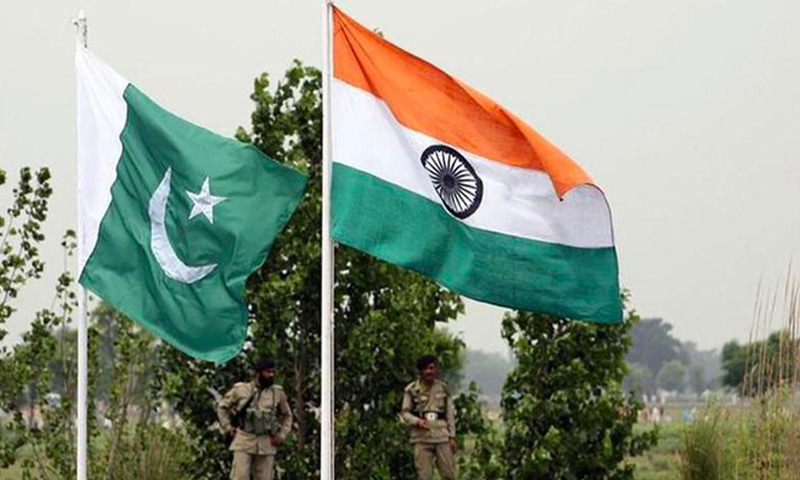 x
"For those who have such radical thoughts, we can only say that the grass is not greener on the other side of the fence if you just look at history."

The Kerala High Court on Monday confirmed the conviction and sentence awarded to prime accused Thadiyantevida Nazeer and nine others in the Kashmir terror recruitment case in a judgment that runs to 205 pages.

The Division Bench of Justice K Vinod Chandran and Justice C Jayachandran however, acquitted the 2nd, 14th and 22nd accused in the case since their role in the conspiracy were not established.

The Court also recorded its appreciation for the tremendous work put in both by the Kerala Police and the NIA; for which the Investigating Officers literally travelled the length and breadth of the country on the heels of the divisive forces; from Kerala to Kashmir and Meghalaya to Maharashtra, tirelessly working to bring their straying countrymen before law.

"For those who have such radical thoughts, we can only say that the grass is not greener on the other side of the fence, if you just look at history."

The terror recruitment case revolves around the allegations that persons from Kerala are being recruited in terror camps in Jammu and Kashmir. The matter came to light in 2008 when security forces in Kashmir shot down some suspected terrorists, out of which four turned out to be youths from Kerala. The Ernakulam NIA Special Court framed 12 issues in this case and had convicted 13 persons and acquitted 5 finding them to be members of a larger conspiracy to recruit Muslim youth to train them in arms and ammunition and then spread terror within the Country.

The NIA then started investigating into possible organised recruitment of youths from Kerala to Kashmir to take part in terrorist activities. The probe resulted in charges being filed against 20 persons, including suspected Lashkar-e-Taiba operative, Thadiyantevida Nazeer and his associate Shafas. Both men were recently acquitted by the High Court in the Kozhikode twin blasts case.

The Court found that the 2nd accused was only proved to have accompanied another accused to Hyderabad and returned after a couple of days. A prosecution witness had spoken disparagingly about his character and conduct and people associated with him. But the Court found that such testimony alone does not establish his role in the conspiracy and that despite having followed A7 to Hyderabad, he is not proved to be a part of the conspiracy.

"He might have had knowledge, but there is nothing to show a meeting of minds, evidencing a role in the conspiracy," the bench said while acquitting him.

Similarly, it was observed that the 14th and the 22nd accused were roped in for their connection with Thareeqath classes and thus the association with the other accused. However, there was nothing further discovered as to their role in the conspiracy and they were accordingly acquitted as well.

It was also reiterated that the meeting of minds, or agreement to carry out an illegal act and intention to promote the unlawful objective are the two elements required to be satisfied, to successfully bring home a charge of conspiracy. The Bench held that both of these stood established in this case.

"the requirement of law, in entering a conviction wherein a conspiracy is alleged, which brings in every conspirator, whether he was involved in every detail or was aware of all the spokes in the wheel, as long as there was a meeting of minds to carry out an illegal act or an act by an illegal means. As is trite, direct evidence in a case of conspiracy is well nigh impossible."

The Court said that when there is a complete chain of circumstances, which behoves a reasonable inference as to the participants having agreed on the objective of the conspiracy and acted in accordance with the roles assigned to each of them; whether they be involved in every single detail or had knowledge of such details or had actively participated in the criminal act, would all be inconsequential, in finding them responsible for the offence of conspiracy. It was in this context that it examined the evidence led in the trial.

Moreover, the opening words in Section 10 of the Evidence Act, of there being a 'reasonable ground to believe' that two or more persons having conspired together to commit an offence, was held to be the incantation that opens up the flood gates against the conspirators, drowning them in such 'relevant facts' proved in the trial regarding anything done, said or written by any of the conspirators with reference to the common intention.

"Once the gates are open; then everything done, said or written by one, inculpates the others who joined together towards the common objective."

During the arguments, the defence heavily relied on State v. Nalini (1999) 5 SCC 253 to urge the inadmissibility of an admission/confession by an accused as against his co-accused. This is in light of the 15th accused testifying in the case and confessing to his guilt.

Section 15(1) of the TADA Act makes confession of an accused admissible as against all those tried jointly with him but this presumption does not arise in this case. Section 30 applies when more persons than one are being tried jointly for the same offence and a confession made by one of such persons affecting himself or some other person is proved; in which context the court has been conferred with the discretion to take into consideration such confession as against both.

The Court noted that A15's confession was only with respect to the journey to Kashmir undertaken with the four persons who were shot dead and two others who went absconding. None of them stood trial. Therefore, it was found that the confession does not affect any other person/accused who stood trial, and there is no question of applying Section 30.

Since the Court did not apply Section 30 or treat the confession of A15 as an incriminating circumstance against any of the other accused, it was held that there was no application of the dictum in Nalini (supra).

Therefore, in this background, the Bench was convinced that of the appellants/accused, except A2, A14 and A22, there was clearly a conspiracy to radicalize and recruit Muslim youth to wage war against India.

There was also evidence regarding five persons having close association with the other accused, who journeyed to Kashmir, four of whom were finished off in encounters by the security forces of India at Kashmir. One of them, who travelled back, confessed to two witnesses regarding the journey undertaken, the elimination of the other members in the group and his own flight back.

The actions of each of the accused found guilty of entering into a conspiracy to wage war against their own country were established from the evidence. Each of them acted as a spoke in the hub. As such, their conviction was confirmed.