Kerala vs Centre : Other Instances Of States Filing Suit In SC Against Central Laws 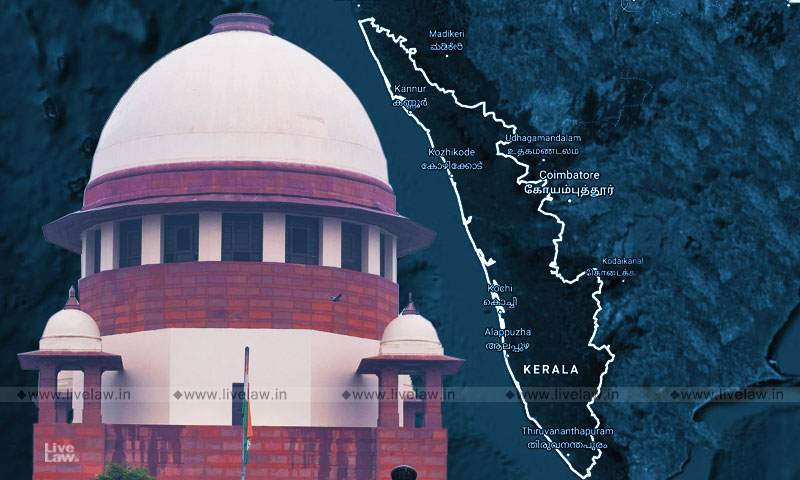 x
Kerala's suit is fifth instance of case under Art 131 against central legislation.

The Kerala Government has taken many by surprise with its move to file an original suit in the Supreme Court against the controversial Citizenship Amendment Act 2019. The anti-CAA suit against the Union Government is filed under Article 131 of the Constitution of India, which confers original and exclusive jurisdiction on the SC to settle disputes between the States and the Union, and...

The Kerala Government has taken many by surprise with its move to file an original suit in the Supreme Court against the controversial Citizenship Amendment Act 2019.

The anti-CAA suit against the Union Government is filed under Article 131 of the Constitution of India, which confers original and exclusive jurisdiction on the SC to settle disputes between the States and the Union, and also between the States.

Though rare, this is not an unprecedented step.  Let's have a look at the other instances where State Governments have made such a venture under Article 131.

This is the first instance of Article 131 being used by a State to challenge an Act passed by the Parliament. Here, the West Bengal government challenged the competency of the Parliament to pass the Coal Bearing Areas (Acquisition and Development) Act, 1957. The WB government contended that the Parliament was not competent to pass a law to acquire the coal fields which were vested with the State.

A 6-judge bench of the SC held the Act to be constitutionally valid.

It is important to note two things with regard to this case :

This suit was filed by the Karnataka Government against the decision of the Central Government to constitute a judicial enquiry commission to probe corruption allegations against the then incumbent Chief Minister.

The suit also challenged Section 3 of the Commission of Inquiry Act 1952, which authorized the Centre to issue the notification impugned in the case, as ultra vires the 'federal scheme' of the Constitution.

It is pertinent to note that the case was not just confined to the validity of the Central Law provision, but involved a lot of issues pertaining to alleged targeting of State Government by the Central Government out of political rivalry.

So, the specific issue of maintainability of a suit by State against a Central Law did not arise in the case.

A seven-judge bench held the suit to be maintainable by 4:3 majority. But the suit was dismissed on merits.

While holding the suit to be maintainable under Article 131 in the facts of the case, CJI MH Beg made some notable observations as follows :

When differences arise between the representatives of the State and those of the whole people of India, on questions of interpretation of the Constitution, which must affect the welfare of the whole people, and, particularly that of the people of the State concerned, it is too technical an argument to be accepted that a suit does not lie under Article 131 of the Constitution".

"Article 131 can be invoked whenever a State and other States or the Union differ on a question of interpretation of the Constitution so that a decision of it will affect the scope or exercise of governmental powers which are attributes of a State."

Justice Y V Chandrachud in his separate but concurring judgment said that Article 131 should not be interpreted narrowly. It was stated in his judgment :

Justice P N Bhagwati observed that the traditional concepts of a civil suit such as "cause of action" were not applicable to Article 131. It is also not necessary that any "legal right" of the State should be infringed.

"it is not necessary, in order to invoke the jurisdiction of the Supreme Court under Art.131, that the State should be able to show that some legal right of its is breached. It is enough to show that the State is interested not as a busybody or as a meddlesome interloper, but in a real sense in questioning the power of the Central Government to set up such Commission of Inquiry"

Justices Untwalia, Shinghal and Jaswant Singh dissented on the point of maintainability, holding that the action against the Chief Minister cannot be regarded as a dispute between Centre and the State.

The suit was filed in 2004 challenging the notification issued by the Centre under Sections 58(3) and 58(4) of the MP Reorganization Act 2000, whereby the assets and liabilities of Electricity Boards of MP and Chhattisgarh were divided following the bifurcation of the undivided MP in 2000.

In 2009, the MP government sought to amend the plaint to raise a challenge against Sections 58(3) and 58(4) as violative of Art.14 of the Constitution of India on the ground that it enabled the Central Government to determine without any guidelines the exercise of power to apportion the assets and liabilities of the successor Boards.

A two-judge bench of Justice P Sathasivam (as he was then) and Dr B S Chauhan did not entertain this plea, observing that central law cannot be challenged under Article 131.

"It follows that when the Central laws can be challenged in the State High Courts as well and also before this Court under Art.32, normally, no recourse can be permitted to challenge the validity of a Central law under the exclusive original jurisdiction of this Court provided under Art.131", the bench observed.

Notably, this is the first case where the central law was challenged under Article 131 on ground of infringement of a fundamental right.

This suit filed in 2012 challenged some of the provisions of Bihar Reorganization Act 2000 which dealt with the the apportionment of pensionary liabilities of the former employees of the original State of Bihar.

The maintainability of the suit was objected to by the defendant relying on the 2011 decision in State of MP v Union of India(supra).

In 2014, a two-judge bench comprising Justices Chelameswar and Bobde(as he was then) doubted the correctness of that decision.

"If the question of constitutionality of a statute (either of Parliament or the State Legislature) were to be raised by a party other than the persons specified under Art.131, both this Court as well as the High Courts are competent to examine. This proposition is too well settled in our jurisprudence for the period of last sixty years", observed Justice Chelameswar in the judgment.

This bench opined that the 2011 decision had failed to notice the judgment in the 1963 WB case.

Observing thus, the bench referred the issue to a larger bench. The matter is at present pending before a three judge bench led by Justice Ramana, and a decision on the reference is awaited.

The present suit by Kerala against CAA is the fifth instance of a central law being challenged under Article 131 by a State. The suit also challenges the Passport (Entry to India) Amendment Rules 2015, and Foreigners (Amendment) Order 2015.

The "dispute" projected in the suit is the unconstitutionality of the CAA and the impugned notifications, which is stated to be affecting the fundamental rights of the "inhabitants of the State".

The relevant paragraph of the plaint on the issue of maintainability reads as follows :

A decision on the question referred by Justice Chelameswar-led bench in 2015 may become necessary should the maintainability of this suit comes in dispute.

The Kerala legislature had passed a resolution against CAA on December 31, demanding its repeal. Kerala government has also stayed the preparatory works in relation to National Population Register, which is perceived to be a first step towards National Register of Citizens.

In 2017, West Bengal government had filed a writ petition under Article 32 of the Constitution against the Aadhaar Act. But the challenge was withdrawn after a bench of Justices A K Sikri and Ashok Bhushan orally asked "How can a state challenge a law passed by the parliament?".