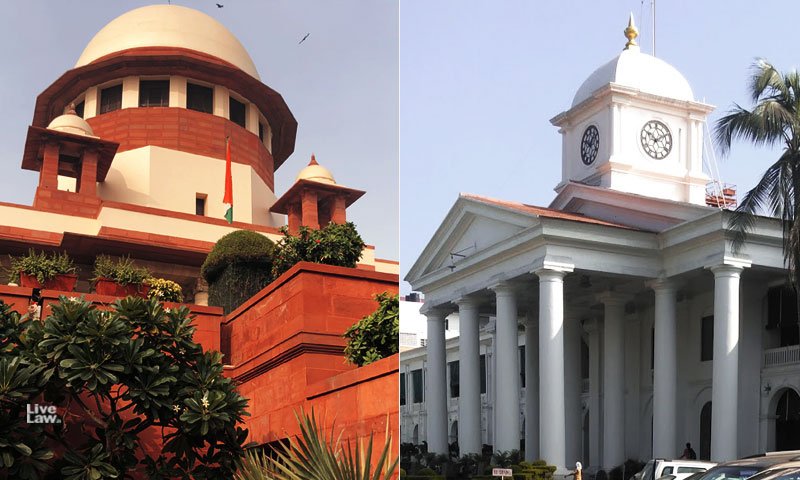 In an unusual move, a state government has filed an original suit in the Supreme Court challenging a central legislation.The State of Kerala has filed a suit under Article 131 of the Constitution of India challenging the validity of the controversial Citizenship Amendment Act 2019. Kerala is the first state to approach SC against this Act.The Union of India, represented by Secretary, Ministry...

In an unusual move, a state government has filed an original suit in the Supreme Court challenging a central legislation.

The State of Kerala has filed a suit under Article 131 of the Constitution of India challenging the validity of the controversial Citizenship Amendment Act 2019. Kerala is the first state to approach SC against this Act.

The Union of India, represented by Secretary, Ministry of Law and Justice is made the defendant in the suit.

Article 131 of Constitution gives Supreme Court original jurisdiction in any dispute between Government of India and any State, in so far as the dispute involves "any question (whether of law or fact) on which the existence or extent of a legal right depends".

Kerala pleads in the plaint that being compelled to implement the CAA and the impugned notifications under the Passport (Entry to India) Rules and Foreigners Order results in a "legal dispute" as they are "manifestly arbitrary and unconstitutional".

To sustain the suit under Article 131, it is stated :

It is mentioned in the plaint that the issue whether a central legislation could be challenged under Article 131 has been referred to a larger bench of the Supreme Court. In State of Jharkhand v. State of Bihar and Another (2015) 2 SCC 431, a two-judge bench had doubted the decision of an earlier two-judge bench in State of Madhya Pradesh v Union of India (AIR 2012 SC 2518), which had held that such a suit was not maintainable. The 2015 decision observed that an original suit against a central legislation was maintainable under Article 131, and referred the issue to a larger bench. The plaint cites this decision to argue that the issue can be entertained by the SC under Article 131.

The suit prays for a decree declaring that the CAA is violative of Articles 14, 21 and 25 of the Constitution as well as violative of the basic structure principle of secularism enshrined in Constitution.The suit also challenges the Passport (Entry to India) Amendment Rules 2015, and Foreigners (Amendment) Order 2015, which had regularized the stay of non-Muslim migrants from Pakistan, Bangladesh and Afghanistan who had entered India before December 31, 2014 on the condition that they had fled religious persecution from their home countries.

The suit challenges the CAA on similar grounds as in the various other petitions which have been filed in the SC, contending that the religion-based exclusion of migrants from the protection of the Act amounts to religious discrimination, violating Article 14 of the Constitution. It is contended that the classification of migrants and countries in the CAA is not based on any "intelligible differentia" and that the same has no "rational nexus" with the purported purpose of the Act. Therefore, the classification is stated to be unreasonable and discriminatory.  It is also urged that the Act violates the secular character of the Indian Constitution by linking citizenship with religion.

The Kerala legislature had passed a resolution against CAA on December 31. Kerala government has also stayed the preparatory works in relation to National Population Register, which is believed to be a first step towards National Register of Citizens.