Matter Of Sexual Harassment By Judges Is A Real One, There Are Real Complaints: Vrinda Grover 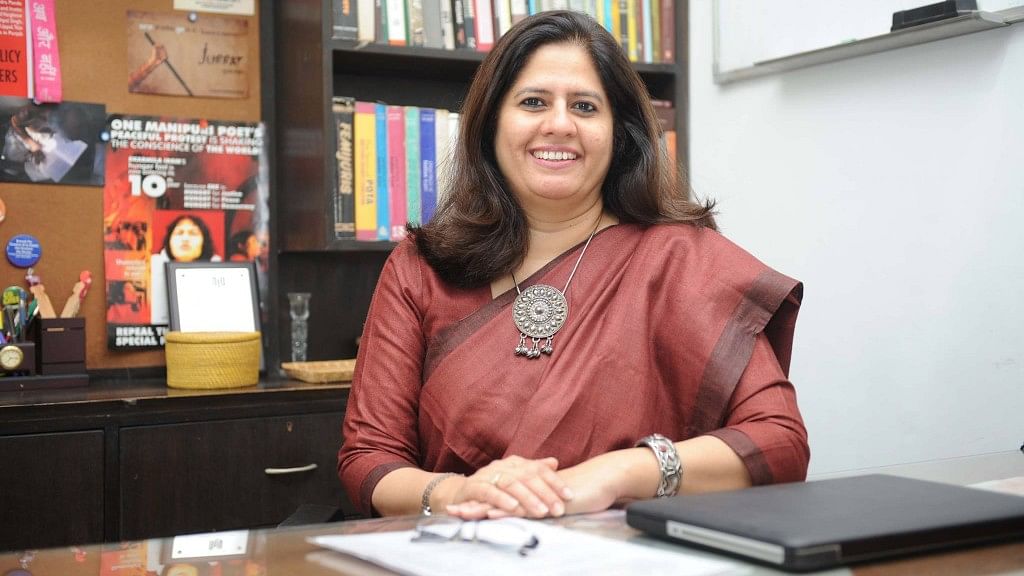 Advocate Vrinda Gorver on Friday flagged concerns regarding inadequate institutional redressal mechanisms when it comes to cases relating to sexual harassment against Judges. She was speaking at a webinar on 'Constituting Gender: Equality and the Constitution' organised by Live Law in association with Centre for Human Rights Studies, Jindal Global Law School. Opining on the need...

Advocate Vrinda Gorver on Friday flagged concerns regarding inadequate institutional redressal mechanisms when it comes to cases relating to sexual harassment against Judges. She was speaking at a webinar on 'Constituting Gender: Equality and the Constitution' organised by Live Law in association with Centre for Human Rights Studies, Jindal Global Law School.

Opining on the need to create safe spaces for women within the legal system, Grover mentioned how the Supreme Court did not actually have a Internal Complaints Committee (ICC) in place as mandated under the Sexual Harassment of Women at Workplace (Prevention, Prohibition and Redressal) Act, 2013 until 2014.

Underscoring how sexual harassment by Judges is a 'real issue' and how she along with Advocate Anandita Pujari also a fellow panelist have been working on many of these cases, Grover remarked,

"While we do now have a Committee and it is a functional Committee, the matter of sexual harassment by Judges is a real one. There are real complaints. Anindita and I have been doing some of these cases together. And that vacuum remains. It is an institutional gap and I think it is important that these institutional gaps which directly impact gender equality, our rights at our workplace are filled"

She further highlighted how many of these cases have been pending for a long time and how it is essential for the judiciary takes serious cognizance of such an institutional vacuum.

"These petitions are pending what we call amongst ourselves 'Vishaka Part II'. It's been pending for very long and I think it is very important for the judiciary to ensure that mechanisms for redressal and accountability are there including for the judiciary", she stated further.

While the webinar had been conducted to commemorate the adoption of the Constitution of India also known as 'Constitution Day' or 'National Law Day', Grover pertinently reminded everyone that it also marks one year of the protest against the three contentious farm laws that the government is set to formally withdraw. She also pointed out the immense involvement of women in these farmers' protests as agents of social change.

"I would also like us to see women not just in their specificity but see women as part of the movements and agents of social change. As we mark the Founding Day of the Constitution, we also know that it marks today one year of the famers protest on the borders of Delhi and a very large number of women from villages and I am only familiar with what is happening in Delhi and around Delhi but I am sure this is true for many parts of the country. A very large number of women farmers have been participating and women farm workers have been participating so our notion of who is a farmer also has to be reconceptualised in many ways. Whether it was the anti-CAA protest, women again as leaders of social movements as challenging unjust laws", it was noted.

Women activists at the receiving end of weaponisation of criminal law

Enumerating further on how most of these women activists are increasingly being subjected to arbitrary punitive action by the State thereby causing a violation of their personal liberty, Grover remarked,

"What happens to the liberty of those women? What happens to the liberty of Adivasi activists leading campaigns for accountability in Chhattisgarh? If we were to look at liberty in that sense in today's context of how the State and the Courts are responding, then women are also at the receiving end of the restriction on free speech, the weaponisation of criminal law whether it is sedition or the UAPA where women rights activists and women rights defenders are being targeted, women journalists are being targeted and silenced"

Grover further asserted how the criminal law system is slowly undergoing a change in attitude despite severe resistance from the State and the system itself which is embedded in deep rooted cultural notions of patriarchy and misogyny. However, opining on the persistent discriminatory attitude of the criminal justice system when it comes to women with agency and otherwise, Grover remarked,

"You see the courts coming out very strongly and with language which would to convey when they are punishing for a woman who has been raped or assaulted. But if one looks closely and examines..the woman victim who seem to be deserving of 'justice' from the Court is that completely helpless, hapless, someone with almost no agency who has not herself expressed sexuality, expressed agency, has her own ideas of what she should or should not do with her private and public life. Those women are still seen as most deserving of the wrath of the criminal legal system"

She further pointed out how women who approach the Court nowadays do not want the 'pity of the Court' but instead want to exercise their rights an equal citizen of the country and accordingly stated further,

"And I say this because today the women who one accompanies to Court are actually going to Court with a very different understanding.  They don't want the pity of the Court, they don't want the pity of the legal system. She is going there as a citizen and she is saying I have been wronged therefore you need to intervene. And I think that change which has taken place in the minds of women and women who assert their citizenship and to assert their conviction of their equality is very deep rooted now. And that is the assertion which is being made which is compelling the Courts and is pushing the Courts."

Grover made a reference to the recent appeal filed by Attorney General KK Venugopal against the controversial judgment of the Bombay High Court which had held that skin-to-skin contact is necessary to constitute an offence of sexual assault under Section 7 of the POCSO Act. The Supreme Court subsequently set it aside and further clarified that 'sexual intent' was the main factor to determine if an offence under Section 7 of the Act is made out. Referring further to the Supreme Court's judgment in Aparna Bhatt v. Union of India, Grover further stated,

"We have seen that in recent judgments where the Court has been compelled to—the Attorney General filed appeal in the Skin To Skin judgment or the Aparna Bhatt judgment where in fact the Supreme Court has written a set of directives on how to understand women and not the notion of women that is passed down. I think we are at a very interesting stage"

She further underscored that such a change is possible because of the women's movements and a large number of women in the legal system as practitioners whether in the Bar or the Bench.

"While judgments like Puttaswamy may underline the larger concept for them to translate to take one example—the right to privacy is being seen in decisional autonomy, in procreation etc and look at the law relating to abortion. We still have on the Indian Penal Code the provisions which make voluntary abortion a crime unless it is run through the mediation of the abortion law. So we do have today benchmarks that have been set and processes underway and I would imagine that these processes will overtime compel the Courts, the judiciary and the entire legal system to revisit justice to women- not as daughters and sisters who are being handed out justice. We don't need a knight in shinning armor, we are going to stake our rightful claim", Grover elucidated further.