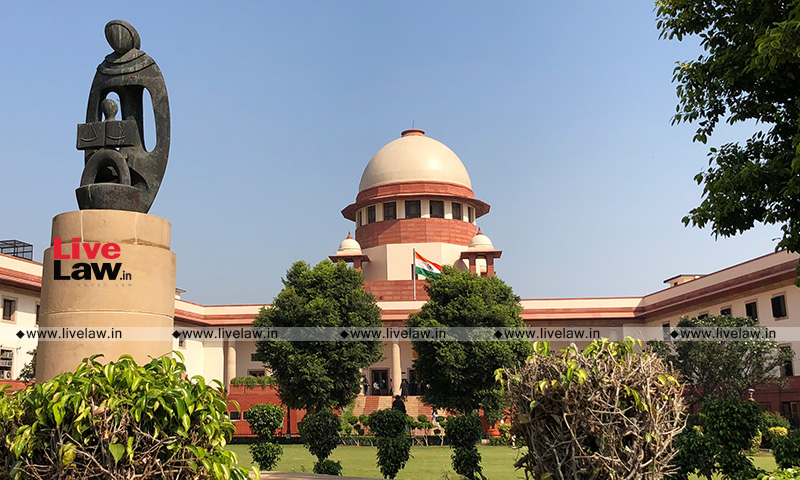 The Supreme Court on Thursday set aside the controversial judgment of the Bombay HC which held that 'skin-to-skin' contact is necessary for the offence of sexual assault under Protection of Children from Sexual Offences(POCSO) Act.A bench comprising Justice Uday Umesh Lalit, Justice S Ravindra Bhat and Justice Bela M Trivedi pronounced the judgment in the appeals filed by the Attorney General...

The Supreme Court on Thursday set aside the controversial judgment of the Bombay HC which held that 'skin-to-skin' contact is necessary for the offence of sexual assault under Protection of Children from Sexual Offences(POCSO) Act.

A bench comprising Justice Uday Umesh Lalit, Justice S Ravindra Bhat and Justice Bela M Trivedi pronounced the judgment in the appeals filed by the Attorney General of India, National Commission for Women and the State of Maharashtra against the judgment of the High Court.

Important observations by the Supreme Court

Justice Bela Trivedi, who read out the operative portion of the judgment, stated that restricting 'touch' or 'physical contact' under Section 7 of POCSO is absurd and will destroy the intent of the Act, which is enacted to protect children from sexual offences.

Restricting the meaning of expression 'touch' and 'physical contact' under Section 7 of POCSO to "skin to skin contact" would not only be narrow and pedantic interpretation but will also lead to absurd interpretation of the provision.

If such an interpretation is adopted, a person who uses gloves or any other like material while physical groping will not get conviction for the offence. That will be an absurd situation.

The Construction of rule should give effect to rule rather than destroying it. The intention of legislature cannot be given effect to unless wider interpretation is given do. The purpose of the law cannot be to allow the offender to escape the meshes of the law.

Since the Act does not define 'touch' or 'physical contact', the dictionary meanings were referred. Act of touch, if done with sexual intent, will be an offence. Most important ingredient is the sexual intent and not the skin-to-skin contact of the child. Sexual intent is a question of fact which is to be determined from the attendant circumstances.

"For the interpretation of S.7 of the POCSO Act, we have referred to the dictionary and held that the word touch has been referred to with reference to the special parts of the body whereas the word 'physical contact' has been used for any other act, therefore the act of touching the sexual part of the body if done with sexual intent would amount to sexual assault within the meaning of S.7 of the POCSO Act", Justice Trivedi said.

When legislature has expressed clear intention, the courts cannot create ambiguity in the provision. The Courts cannot be overzealous in creating ambiguity.

Main ingredient of offence is "sexual intent" and not "skin-to-skin" contact.

"Restricting the interpretation of the words "touch" or "physical contact" to "skin to skin contact" would not only be a narrow and pedantic interpretation of the provision contained in Section 7 of the POCSO Act, but it would lead to an absurd interpretation of the said provision. "skin to skin contact" for constituting an offence of "sexual assault" could not have been intended or contemplated by the Legislature. The very object of enacting the POCSO Act is to protect the children from sexual abuse, and if such a narrow interpretation is accepted, it would lead to a very detrimental situation, frustrating the very object of the Act, inasmuch as in that case touching the sexual or non sexual parts of the body of a child with gloves, condoms, sheets or with cloth, though done with sexual intent would not amount to an offence of sexual assault under Section 7 of the POCSO Act. The most important ingredient for constituting the offence of sexual assault under Section 7 of the Act is the "sexual intent" and not the "skin to skin" contact with the child"

Justice S Ravindra Bhat, who authored a separate but concurring judgment, observed that the High Court's view legitimized an unacceptable behaviour towards a child.

"The need to interpret a statute in the context of the circumstances that resulted in its birth...Thereby I have moved down to the mischief rule, the circumstances which led to this legislation, the previous avtars which this law underwent.

The circumstances in which touch or physical contact occurs would be determinative of whether it is motivated by sexual intent. There could be a good explanation for such physical contact which include the nature of the relationship between the child and the offender, the length of the contact, its purposefulness and also if there is a legitimate non-sexual purpose for the contact. It is also relevant to see the conduct of the offender before and after the contact. In this regard it is always useful to keep in mind that sexual intent is not defined but fact dependent.

The fallacy in the High Court's reasoning is that is assumes that indirect touch is not covered by S.7 or is not touch at all. That provision is meant to cover both direct and indirect touch.

The use of a spoon for an instance, without touching it with the hand, in no way diminishes the sense of touch experienced by the lips and the mouth. Similarly, when a stick or other object is pressed onto a person even when clothed, their sense of touch is keen enough to feel that".

"...the reasoning in the High Court's judgment quite insensitively trivializes - indeed legitimizes -an entire range of unacceptable behaviour which undermines a child's dignity and autonomy, through unwanted intrusions. The High Court, therefore clearly erred in acting on such interpretation, and basing its conviction of and awarding sentence to the respondents; as it did they were guilty of sexual assault"

After the judgment was pronounced, Justice Lalit, the presiding judge thanked the amicus curiae Senior Advocate Sidharth Dave, and Senior Advocate Siddharth Luthra, who gave legal aid to the accused on behalf of the Supreme Court Legal Services Committee.

Justice Bhat then pointed out that this is not the first instance of Attorney General filing an appeal, and referred to an earlier criminal appeal filed by the Attorney General against a judgment of the Rajasthan High Court directing public hanging of the accused(a case of the year 1985).

The Attorney General highlighted that the High Court's judgment was contrary to the legislative intent. "There are 43,000 POCSO offences in the last one year", the AG remarked.

The State of Maharashtra's counsel Rahul Chitnis told the bench that the State was supporting the AG's arguments. The National Commission for Women has also filed a separate appeal against the judgment.

Amicus Curiae in the matter, Senior Advocate Siddhartha Dave had argued that skin-to-skin touching was not required as the word 'naked' was missing from S.7 of the POCSO. He had submitted that "when two interpretations are possible, the interpretation which is favorable to children must be taken."

Senior Advocate Siddharth Luthra, representing the accused on behalf of the Legal Aid Society, had argued that since in the second part of S.7 the phrase 'contact' was preceded by 'physical', the import would be that skin-to-skin contact would be essential to constitute an offense of sexual assault

On January 27, a bench led by the then CJI SA Bobde stayed the operation of the judgment to the extent of acquittal under Section 8 of POCSO.

On August 6, the bench had appointed Senior Advocate Siddharth Dave as an amicus curiae in the matter. Along with the above matter, the Supreme Court is also considering the appeal filed by the State of Maharashtra against another controversial judgment of the Bombay High Court which held that the act of holding a minor girl's hands and opening the zip of pants will not come under the definition of "sexual assault" under the Protection of Children from Sexual Offences Act 2012.

Both the judgments were passed by Justice Pushpa Ganediwala of Bobmay High Court (Nagpur Bench).

The 'skin-to-skin' judgment was passed while modifying the order of the Sessions Court which held a 39-year-old man guilty of sexual assault for groping a 12- year- old- girl and removing her salwar.

In paragraph no. 26 of the impugned order, the Single Judge had held that "there is no direct physical contact i.e. skin to skin with sexual intent without penetration". "

"The act of pressing of breast of the child aged 12 years, in the absence of any specific detail as to whether the top was removed or whether he inserted his hand inside top and pressed her breast, would not fall in the definition of 'sexual assault'", the judgment held.

Case Title : Attorney General for India versus Satish and another