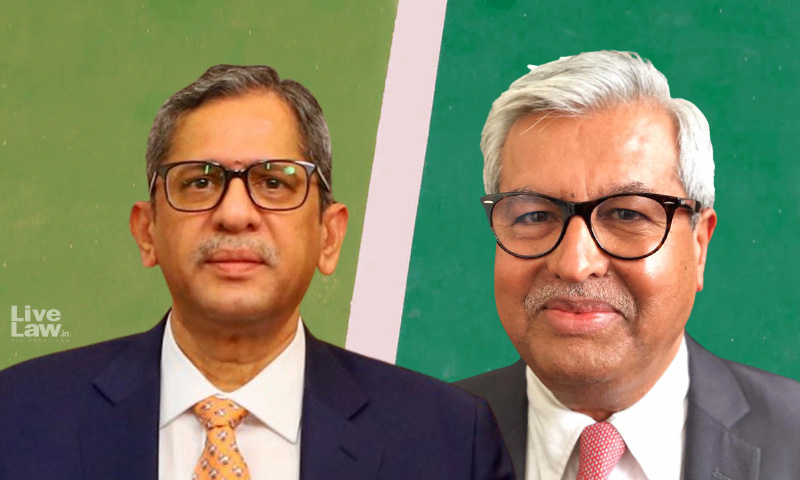 "It's a bright sunshine in the dark days," remarked former SCBA President Dushyant Dave, while speaking about the Supreme Court's order in the Pegasus snooping row. The Supreme Court today ordered the constitution of an independent expert committee to look into the allegations of widespread and targeted surveillance of politicians, journalists, activist etc using the...

"It's a bright sunshine in the dark days," remarked former SCBA President Dushyant Dave, while speaking about the Supreme Court's order in the Pegasus snooping row.

The Supreme Court today ordered the constitution of an independent expert committee to look into the allegations of widespread and targeted surveillance of politicians, journalists, activist etc using the Pegasus spyware.

Calling it a "a historic decision" and "a watershed in the history of the court", Dave expressed that the Supreme Court stood with the citizens to protect their fundamental right to privacy.

"The Court is seriously worried about infringement of Constitutional guarantees of citizens and particularly right to privacy…the Supreme Court rightly said that right to privacy is directly infringed when there is surveillance or spying by government agency or any other private character."

The remarks were made in an interview to Karan Thapar for The Wire.

Dave stated that the Supreme Court has proceeded on the assumption that Pegasus was used, right to privacy of several citizens was breached, constitutional law was violated and the same was done without any backing of the law.

He added that the Court was distressed by the government's failure to file an affidavit in the matter or even give a reassurance, that it did not utilize the software.

When asked about the Terms of Reference of the Committee for making recommendations on a ad­hoc arrangement that may be made by the Court as an interim measure for the protection of citizen's rights, pending filling up of lacunae by the Parliament, Dave said.

"It completely reflects the Court's deep concerns about the lives of citizens and safeguard of their constitutional rights...court deliberately utilised continuing mandamus to oversee (the situation)…its judgment is not merely to unearth but ensure that such things don't happen in the future…In the garb of national security, executive cannot trample upon Fundamental Rights of citizens."

"Justice Raveendran has commanded respect across the board…he is an extraordinarily upright judge. He is a brilliant judge in terms of legal acumen; he is fiercely independent and he reflects tremendous sobriety but most of all, he poses a keen sense of probing deep into issues…"

He expressed confidence on the choice of appointment of other members on the Committee, including Alok Joshi, who was appointed as the head of National Technical Research Organisation by the present government.

When suggested that Joshi's appointment on the Committee could be a terrible conflict of interest if it is found that NTRO, one of the government's intelligence bodies, had acquired Pegasus, Dave said,

"I think it's a good committee. The terms of reference are very clear. There is no point in having any reservation about the Committee's constitution." He added that Joshi would have disclosed to the Supreme Court judges, if he had any conflict of interest.

"The judgment is fairly comprehensive; robust...undoubtedly, hacking is absolutely illegal per se…Pegasus is unauthorized, illegal and unconstitutional…This judgment is a prima facie indictment of the govt…it has singularly failed to ensure that spaying does not take place without authority of law."

He, however, recognized govt's power, subject to lawful procedure, for surveillance of phones for various reasons including national security.