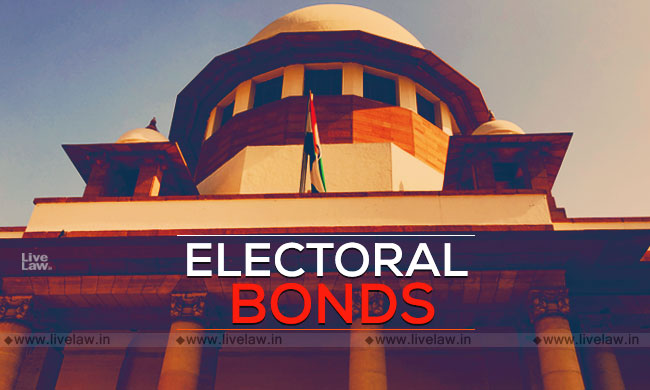 The Association for Democratic Reforms has filed an urgent application before the Supreme Court seeking urgent hearing of the PIL on the issue of Electoral Bonds, on account of opening of the sale window of EBs, right before the Bihar Elections.

Significantly, the State Bank of India, in the XIV Phase of sale, has been authorized to issue and encash Electoral Bonds through its 29 Authorized branches w.e.f. October 19, until October 28, 2020. (Bihar assembly elections are to be held between Oct 28–Nov 7)

The Petitioner-organization, represented by Advocate Prashant Bhushan, has questioned the timing of opening this sale, right before elections to the Bihar legislative assembly.

It is submitted that as per Government notifications itself, sale of electoral bonds is to be conducted in the months of January, April, July and October each year. However, it is pointed out that this year the window for sale was not opened in the months of April and July, but has been opened in October, right before the Bihar legislative election.

It is further pointed out that the matter was last heard more than 9 months ago and the new developments relating to Bihar, require immediate adjudication.

Electoral Bonds were introduced by the Finance Act, 2017 and they are exempted from disclosure under the Representation of Peoples Act, 1951. The Act of 2017 also removed existing cap of 7.5% of net profit in the last 3 years on campaign donations by companies and have legalised anonymous donations. The scheme was notified by the Central Government on January 2, 2018.

The present PIL titled Association For Democratic Reforms & Anr v. Union of India & Ors. was filed in the September 4, 2017, challenging the validity of this scheme. It is alleged that this scheme has opened the floodgates to unlimited corporate donations to political parties and anonymous financing by Indian as well as foreign companies which can have serious repercussions on the Indian democracy.

Related News: EC Files Affidavit Before SC Stating That It Has Received Details Of Political Donations Received Through Electoral Bonds