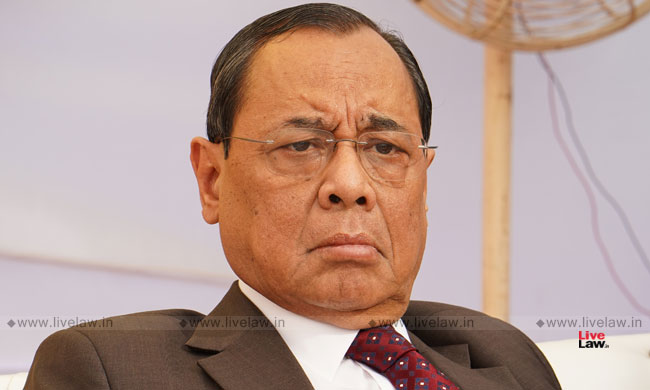 Rajya Sabha MP and former Chief Justice of India Ranjan Gogoi dodged questions regarding the delay in the hearing of the case challenging the constitutional validity of the anonymous electoral bond scheme by saying that he doesn't remember the issue.

There is mounting criticism from several quarters regarding the refusal of the Supreme Court to give a decisions on the petitions, which allege that the anonymous electoral bonds have rendered huge illicit benefits to the ruling party through channelization of unaccounted money.

The case never get a posting after that during the tenure of Gogoi as CJI.

Later, in December 2019, an interim application for stay of the scheme was moved by Association for Democratic Reforms, one of the petitioners, in the light of few media reports in the light of a series of recent investigative reports which indicated that the Central Government had ignored serious concerns raised by Reserve Bank of India and Election Commission of India against anonymous electoral bonds.

The new CJI SA Bobde said that the case will be taken up in January. On January 20, the case was further adjourned for the reply of ECI, and has not been listed since.