Foundation Of Supreme Court Is Much Stronger, Criticism Can Never Be Contempt: Mukul Rohatgi Submits For Rachita Taneja 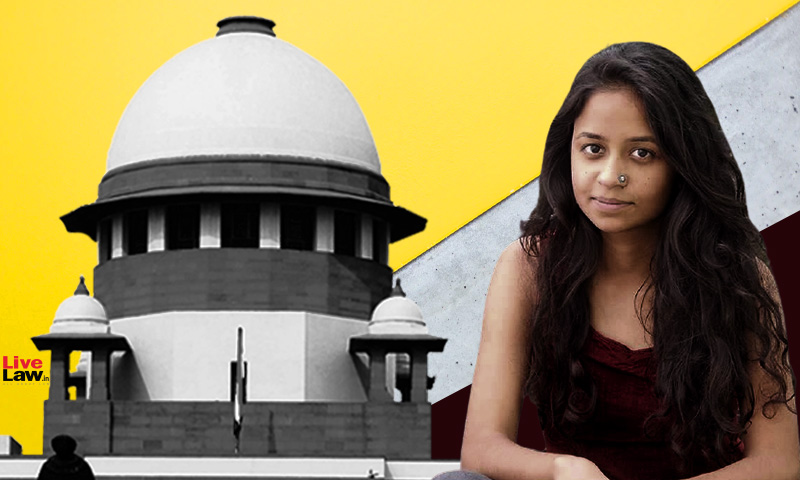 "A criticism of the court is not contempt," submitted Senior Advocate Mukul Rohtagi before the Supreme Court today in the contempt proceedings initiated against comic artist Rachita Taneja for her tweets against the Judiciary. "I don't know why the Court has issued notice. The foundation of Court is much stronger," Rohtagi submitted on behalf of comic illustrator Taneja today,...

"A criticism of the court is not contempt," submitted Senior Advocate Mukul Rohtagi before the Supreme Court today in the contempt proceedings initiated against comic artist Rachita Taneja for her tweets against the Judiciary.

"I don't know why the Court has issued notice. The foundation of Court is much stronger," Rohtagi submitted on behalf of comic illustrator Taneja today, indicating that a Court's majesty cannot fall by mere criticism.

Responding to his submissions, Justice Ashok Bhushan remarked, "We agree with you. But it is growing and everybody is doing it,"

At this juncture, Justice MR Shah interrupted Rohatgi saying "Mr.Rohatgi, if you want to file reply, do that".

It may be noted that the contempt case against comedian Kunal Kamra has been adjourned for two weeks, to enable the Petitioners to respond to theaffidavit filed by Kamra.

The Supreme Court had issued notice to comic illustrator Rachita Taneja on December 18, 2020,  on a petition seeking criminal contempt action against her over her caricatures published in 'Sanitary Panels' social media handles about the judiciary.

The bench noted that the Attorney General has granted consent for initiating contempt action.

Senior Advocate PS Narasimha, appearing for the petitioner on the day of admission, stated that the tweets by Taneja were intended only to malign and scandalise the Supreme Court of India.

Earlier, the Attorney General KK Venugopal had granted consent to initiate contempt proceedings against her after observing that her caricatures amounted to "shaking the public confidence in judiciary".

"The tweet is clearly calculated to undermine the public confidence in the independence and impartiality of the Supreme Court of India," the AG had said.

"..on the face of it, the alleged contemnor has interfered with the administration of justice by portraying the Supreme Court and the current ruling party to be the father of the abovesaid journalist Mr. Arnab Goswami. This is in view to generate an impression that being the father of the said journalist, the Supreme Court was bound to grant him warmth and protection by keeping an arm around his shoulder and there was some nexus with the ruling establishment for this."

"The said cartoon/caricature is highly contemptuous. The building of the Supreme Court has been drawn with the words "Sanghi Court of India". That the very existence of this Hon'ble Court has been threatened by replacing the word 'Supreme' with 'Sanghi'. That the expression 'Sanghi' is infact used to connote Rashtriya Swayamsewak Sangh (RSS). The alleged contemnor has expressed that the Supreme Court of the country is no more supreme but has transformed into a Sanghi Court. This is highly contumacious and without any basis whatsoever."

"Not only is this post extremely defamatory to the institution of judiciary but is highly contemptuous with the use of the expression 'business' to denote dispensation of justice and portrays the entire Supreme Court in bad light."

Reliance is placed on the verdict in the Prashant Bhushan case,  where it was held that "Indian judiciary is considered by the citizens in the country with the highest esteem. The judiciary is considered as a last hope when a citizen fails to get justice anywhere. The Supreme Court is the epitome of the Indian judiciary. An attack on the Supreme Court does not only have the effect of tending an ordinary litigant of losing the confidence in the Supreme Court but also may tend to lose the confidence in the mind of other judges in the country in its highest court."