[Breaking] SC Holds Prashant Bhushan Guilty Of Contempt For Tweets Against Judiciary; Will Hear Him On Sentence [Read Judgment] 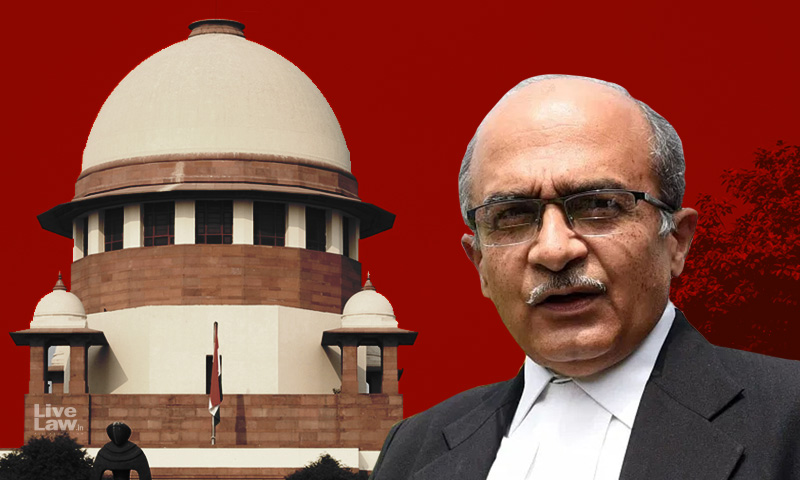 The Supreme Court on Friday held Advocate Prashant Bhushan guilty of contempt of court  in the suo moto contempt case taken against him over two of his tweets about the Chief Justice of India and the Supreme Court.

Justice B R Gavai, reading out the judgment, observed that Bhushan committed "serious contempt of the Court".

The bench will hear him on sentence on August 20.

A bench comprising Justices Arun Mishra, B R Gavai and Krishna Murari had reserved judgment in the case on August 5 after elaborately hearing Senior Advocate Dushyant Dave for Bhushan.

Breaking : SC to pronounce judgment tomorrow in the suo moto contempt case taken against Prashant Bhushan @pbhushan1 over his two tweets about CJI and the Supreme Court. pic.twitter.com/5hOjpOzk4b

Bhushan filed a detailed reply affidavit to the contempt notice, stating that expression of bona fide opinion about the Court cannot amount to contempt.

As regards his tweet about Chief Justice of India, S A Bobde, seated on a Harley Davidson motorcycle, Bhushan said in the affidavit that his comment was to underline his angusih at the non-physical functioning of the Supreme Court for the last more than three months, "as a result of which fundamental rights of citizens, such as those in detention, those destitute and poor, and others facing serious and urgent grievances were not being addressed or taken up for redressal".

(Story to be updated after getting full copy of the judgment)