Resignation Of Legislator Will Not Efface Impact Of Defection: SC In Karnataka MLAs Case [Read Judgment] 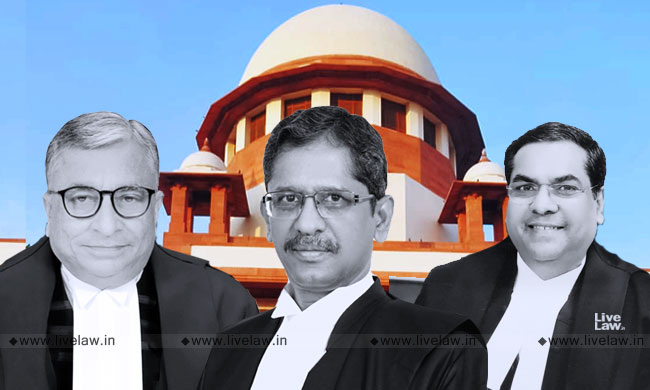 x
Disqualification relates back to the date of defection.

The apex court held that resignation of a legislator will not efface the effect of disqualification if defection has taken place before the date of resignation.

The petitioners had taken the contention that since the disqualification proceedings initiated by the Speaker became infructuous the moment they submitted the resignations.

The pending or impending disqualification action in the present case would not have been impacted by the submission of the resignation letter, considering the fact that the act of disqualification in this case have arisen prior to the members resigning from the Assembly."

Acceptance of petitioners' arguments would defeat the intent of anti-defection laws, observed the Court :

"If we hold that the disqualification proceedings would become infructuous upon tendering resignation, any member who is on the verge of being disqualified would immediately resign and would escape from the sanctions provided under Articles 75(1B), 164(1B) and 361B. Such an interpretation would therefore not only be against the intent behind the introduction of the Tenth Schedule, but also defeat the spirit of the 91st Constitutional Amendment".

Resignation and disqualification on account of defection under the Tenth Schedule, both result in vacancy of the seat held by the member in the legislature, but further consequences envisaged are different, the Court held.

Right of legislator to resign

The Court also added that a legislator has the right to resign and that there is nothing in the Constitution which compel an MLA to continue in office for the entire term.

The 33rd Constitution amendment, which enabled the Speaker to examine if the resignation is voluntary by introducing proviso to Article 190(3)(b), does not hamper an MLA's right to resign.

"as a starting principle, it has to be accepted that a member of the Legislature has a right to resign. Nothing in the Constitution, or any statute, prevents him from resigning. A  member may choose to resign for a variety of reasons and his reasons may be good or bad, but it is his sole prerogative to resign. An elected member cannot be compelled to continue his office if he chooses to resign. The 33rd Constitutional Amendment does not change this position. On the contrary, it ensures that his resignation is on account of his free will".

Speaker has no unqualified discretion

Explaining the concept of 'genuine' and 'voluntary', the Court said :

"the word "genuine"… simply mean(s) that a writing by which a member chooses to resign is by the member himself and is not forged by any third party. The word "genuine" only relates to the authenticity of the letter of resignation"

"the word "voluntary" … would mean the resignation should not be based on threat, force or coercion"

Once it is demonstrated that a member is willing to resign out of his free will, the Speaker has no option but to accept the resignation. It is constitutionally impermissible for the Speaker to take into account any other extraneous factors while considering the resignation.

Speaker act as a Tribunal when disqualification order is passed; Order subject to judicial review.

Referring to the Constitution Bench decision in Kihoto Hollohan, the SC held that the Speaker acts as a Tribunal when an order of disqualification is passed. Such order is subject to judicial review.

Judicial review of Speaker's decision to disqualify can be sought on four grounds: malafide, perversity, violation of the constitutional mandate and order passed in violation of natural justice.

The Speaker should give sufficient opportunity to a member before deciding a disqualification proceeding and ordinarily follow the time limit prescribed in the Rules of the Legislature.