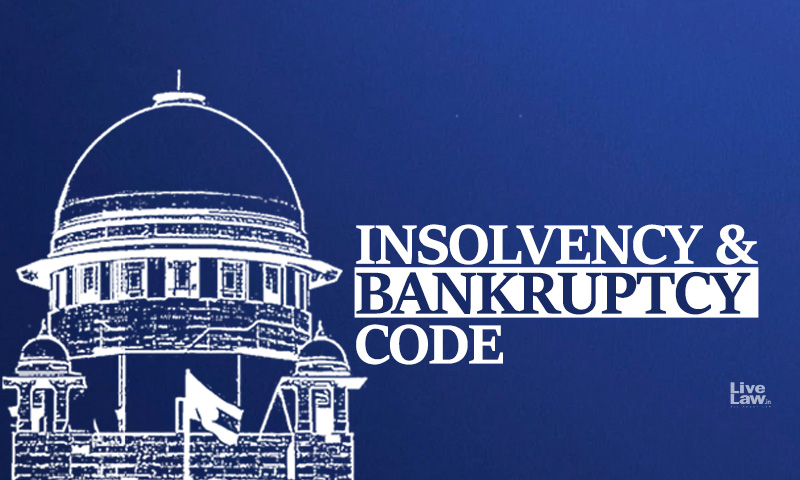 The Supreme Court has that provision of Section 7(5)(b) of the Insolvency and Bankruptcy Code, 2016, which requires the Adjudicating Authority to notify the Financial Creditor before rejection of a claim, would be applicable to appeals as well, since appeal is the continuation of original proceedings(Kotak Mahindra Bank Limited v. Kew Precision Parts Private Limited And Ors).

A Bench comprising Justices Indira Banerjee and J.K. Maheshwari allowed an appeal filed by Kotak Mahindra Bank assailing the order of the National Company Law Appellate Tribunal (NCLAT), which had closed the Corporate Insolvency Resolution Process initiated against the corporate debtor by the Adjudicating Authority (NCLT) on the ground that the claim was time barred. The Bench remanded the matter back to NCLAT for fresh consideration. It was of the view that before rejecting the claim, the bank ought to have been provided an opportunity to rectify the defects in the application under Section 7 by filing additional pleadings and/or documents. Placing reliance on Dena Bank v. C. Shivakumar Reddy and Another, it emphasised that such additional documents can be filed at any time until the application for CIRP is finally dismissed.

Kotak Mahindra Bank has been servicing loans to the Corporate Debtor since 2012. In 2014, it had sanctioned a loan amounting to INR 2036 lakhs. The Corporate Debtor defaulted in making the repayment and the bank declared its account as non-performing asset in September, 2015. Thereafter, in November, 2017 the bank issued notice under Section 13(2) of the Securitisation and Reconstruction of Financial Assets and Enforcement of Security Interest Act 2002 (SARFAESI Act). On 12.12.2018, the Corporate Debtor admitted its liability and offered a one time settlement. After modifying the settlement amount a couple of times it made the final offer on 20.12.2018, which was accepted by the bank. The amount was payable by 31.12.2018. As the Corporate Debtor defaulted, Kotak Mahindra, on 02.01.2019, filed a petition under Section 7 of the IBC. NCLT admitted the petition on 06.09.2019; initiated the Corporate Insolvency Resolution Process (CIRP); imposed a moratorium; and appointed an Interim Resolution Professional. Holding the petition to be time barred, NCLAT allowed the appeal.

Relevant provisions of the Contract Act and Limitation Act not considered

On the issue of limitation the Court noted the bank's case was that the Corporate Debtor had acknowledged the debt and entered into a settlement agreement on 20.12.2018 with the bank. It was to make the payment by 31.12.2018.

The period of limitation to file a petition under Section 7 or 9 IBC is three years from the date of default. Referring to Section 25 of the Contract Act, the Court opined that any agreement to pay a time barred debt, would be enforceable in law within three years from the date of payment as per the agreement. Section 25(3) contemplates that a debtor can enter into an agreement in writing, to pay the whole or part of a debt, which the creditor might have enforced, but for the limitation of a suit in law. The Court was of the view that a written promise to pay the barred debt is a valid contract and such a promise may form the basis of a suit independent of the original debt. It was noted that under Section 18 of the Limitation Act, 1963 if an acknowledgment of liability is made in writing and signed by the party against whom such right is claimed and the same is made within the initial limitation period it has the effect of creating a fresh start of limitation. The Court opined that the NCLAT did not notice the terms of settlement executed on 20.12.2021 and did not consider whether Section 25(3) of the Contract Act is applicable. It merely noted that since there was no acknowledgement of the debt within the period of limitation appeal could be allowed.

Citing a catena of judgments, it noted that the NCLT/NCLAT had the discretion to entertain an appeal after the period of limitation, if it is apprised of sufficient cause for not moving the forum on time. Section 5 of the Limitation Act, 1963 also provides for condonation of delay. Even the applicability of Section 5 of the Limitation Act was not considered in the present case.

Statute to be read as a whole

The Court referred to various provisions of the IBC to explain the scheme of the statute. The intention behind the IBC is to revive the Corporate Debtor - enable it to improve its financial health and at the same time repay the dues of its creditors; IBC is not adversarial to the interests of the Corporate Debtor. On the other hand, it also protects the interest of its creditors and employees. It observed that when a provision of an IBC is to be interpreted the statute has to be read as a whole. The previous state of the law, the general scope and ambit of the statute and the mischief that it was intended to remedy are relevant factors to interpret the provision.

The Court held that NCLAT had erred in closing the CIRP proceedings without giving the bank an opportunity to explain if there was sufficient cause for the delay in approaching the NCLT. An appeal being the continuation of original proceedings, the bank ought to have been notified under Section 7(5)(b) of the IBC before its claim was rejected. If notified of the proposal to close the proceedings, the bank might have rectified the defects in its application under Section 7 by filing additional pleadings and/or documents.

Insolvency and Bankruptcy Code, 2016; Section 7(5)(b) - when the Adjudicating Authority is satisfied that default has not occurred or the application is incomplete or any disciplinary proceeding is pending against the proposed resolution professional, it may, by order, reject such application - provided it shall, before rejecting the application, give a notice to the applicant to rectify the defect in his application within seven days of receipt of such notice from the Adjudicating Authority - the provision would extent to appeals - appeal is the continuation of original proceedings (Para 70).

Indian Contract Act 1872-Section 25(3) - it is clear that any agreement to pay a time barred debt, would be enforceable in law, within three years from the due date of payment, in terms of such agreement.

Insolvency and Bankruptcy Code 2016 - There can be no dispute with the proposition that the period of limitation for making an application under Section 7 or 9 of the IBC is three years from the date of accrual of the right to sue, that is, the date of default (Para 56)