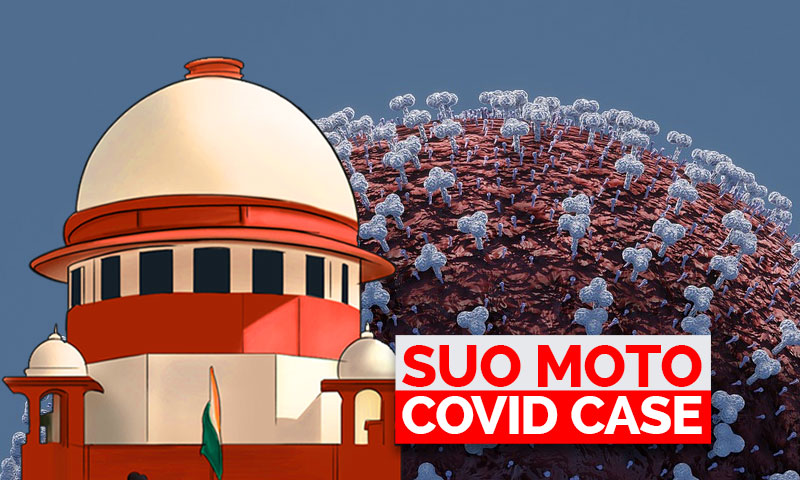 The Supreme Court on Friday observed that High Courts should exercise restraint in making "off-the-cuff remarks" during hearings as the same may be damaging to persons and can given misgivings about them.The observation came from a bench headed by Justice DY Chandrachud, which was hearing the suo moto case on COVID-related issues.When the nearly four hour hearing was drawing to a close,...

The Supreme Court on Friday observed that High Courts should exercise restraint in making "off-the-cuff remarks" during hearings as the same may be damaging to persons and can given misgivings about them.

The observation came from a bench headed by Justice DY Chandrachud, which was hearing the suo moto case on COVID-related issues.

When the nearly four hour hearing was drawing to a close, Solicitor General of India Tushar Mehta made a complaint before the bench regarding certain strong observations made by the High Courts while hearing cases relating to COVID.

"We look at every order very, very carefully before it is uploaded...", said Justice Chandrachud.

"No no no! I am not talking about Your Lordships at all! I only wanted to say, since Your lordships have assumed the role of the Karta of our HUF, some high courts have made some very strong observations. The courts' concern is shared by everybody, but in these times of crisis, we must be very circumspect. Even as lawyers, we must be very circumspect", clarified the SG.

Senior Advocate Ranjit Kumar, appearing for the state of Bihar, also backed the SG's submission –"Some high courts have even gone to the extent of castigating every officer on duty. It is very demoralising. They have gone to the extent of saying that they are not doing their job and are not capable of performing as government officers".

"I got your point. I even know the context in which you are talking. We have all been members of the bar and we all know that when judges say something in court, it is only to elicit information from the lawyers, to elicit a response from the lawyers, so as to enable an open dialogue. It is not the conclusion on anything- it is only to test the hypothesis of the lawyer and the other side", explained Justice Chandrachud.
"We are not against any lawyer. Just like when Mr Mehra (Rahul Mehra for the GNCTD) argues, we are at his back telling him on what counts he is wrong. It is not that we will hold him to be wrong at the end. Same is the case with the Solicitor General – we test and critique his arguments also", continued the judge.
"Of course, as judges, we must also confront that this is a new time that we are living in and every word that we say becomes part of the social media, or Twitter. All we can say that we expect a degree of respect restraint", expressed Justice Chandrachud.
"Particularly, in sensitive matters, we tend to exercise some caution and restraint. It is not because we are fearful of our remarks! Of course, we are independent! It is only because of the serious ramifications which off-the-cuff remarks about private citizens may have", continued the judge.
"Even when we are criticising a judgement of a High Court, we don't say exactly what is in our heart and we exercise a degree of restraint. We would only expect that as freedom has been given to the High Courts to deal with these issues, certain of-the-cuff remarks, which are not necessary maybe avoided", noted Justice Chandrachud.
"That will be enough, Your Lordships...As they say, a diplomat is a person who helps people who have differing points of view find common ground...that is the need of the hour", advanced the SG.
"High Court judges are stressed about local conditions. So, at times, they may get emotional and make strong remarks. But we must not be so fragile as to get offended by them", added Justice Ravindra Bhat.
"When we took up the suo motu case, there was an apprehension that we were going to withdraw the matters from the High Courts to ourselves and the bar attacked us. And now the tables have turned and the bar seems to have issues with the High Courts", quipped Justice Bhat in a lighter vein.
Justice Bhat was referring to the criticism from the bar against the Supreme Court's suo moto cognizance on COVID issues based on the apprehension that it was trying to take over the cases from High Courts.
Yesterday, the High Courts of Madras and Delhi had made strong oral observations against the Central Government while hearing cases related to COVID19.
The Madras High Court had raised questions at the preparedness of the Central Government in dealing with COVID second wave and had asked what the Centre had been doing for the past 14 months.
The Delhi High Court had questioned the Centre's oxygen allocation policy for the National Capital Territory of Delhi.
While dealing with the suo moto case on COVID-19 issues, the Supreme Court had recently clarified that it had no intention to stop the High Courts from dealing with such matters in their respective jurisdictions.
Today, the Election Commission had filed a petition in the Madras High Court seeking to stop media from reporting oral comments made by judges.
The plea has been filed in the wake of Madras High Court's oral observations against the Election Commission, charging it as being singularly responsible for the second wave of COVID-19.
The High Court however said today that the Election Commission's complaint against media sensationalism can wait as the bench was focused more on COVID measures.