Post Mortem Of Union's Stance On Covid Readiness And EC's Sensationalism Concerns May Have To Wait: Madras HC In Suo Motu Covid Case 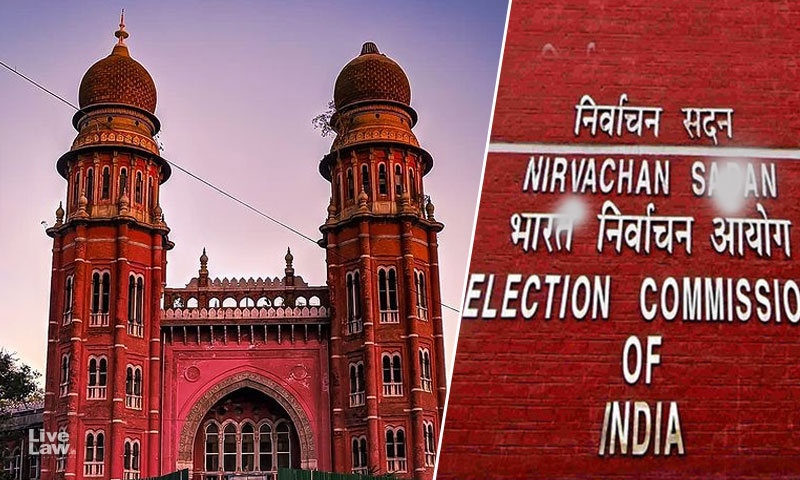 Today when the Madras High Court took up its own-motion petition relating to the monitoring the COVID-19 response in the state of Tamil Nadu, the Additional Solicitor General R Shankaranarayan sought to assert that the Centre had taken all necessary steps to face the Covid-19 situation."Curve was flattening in December.. In January everything was fine", the ASG submitted. He averred that...

Today when the Madras High Court took up its own-motion petition relating to the monitoring the COVID-19 response in the state of Tamil Nadu, the Additional Solicitor General R Shankaranarayan sought to assert that the Centre had taken all necessary steps to face the Covid-19 situation.

"Curve was flattening in December.. In January everything was fine", the ASG submitted.

He averred that in February the "problem in Maharashtra and Kerala started", which was when the surge in the number of Covid-19 cases was noticed. The ASG then addded that the Centre had issued instruction to these states as well as West Bengal and Punjab to take vigil and take urgent steps. The Union's counsel emphatically said that the Centre has taken whatever steps were necessary in this respect.

However, the Bench of Chief Justice Sanjib Banerjee and Justice Senthikumar Ramamurthy did not consider theses submissions, instead urging the ASG to address it on the question of augmenting vaccine and drug supplies.

The Election Commission meanwhile, sought directions from the High Court to restrict media reportage on the cases it was taking up to the "records".

The Counsel for the Commission pleaded with the Court to issue directions, drawing attention to fact that it was tasked with the difficult job of conducting elections amid the pandemic.

"Media should be instructed not to sensationalise, the EC has a difficult job...," he submitted.

He proceeded to narrate that FIRs were being lodged against its officials for murder following the Court's widely reported remark that the Election Commission is singularly responsible for the COVID-19 situation in India and that it should probably be put on murder charges for failing to ensure adherence to safety norms.

"Your Lordship's observation was only to spur us to action, not accusing us of committing a crime. We need an observation…", he beseeched.

Dictating the Bench's daily order in the suo motu proceeding, the Court said,

"Two aspects cannot be missed - the Union's endeavour to indicate that the surge in numbers may have been unexpected and that preparatory measures had been taken for quite some time. The second aspect is the EC's concern at sensationalism. The post mortem on either counts may have to wait particularly in the light of the immediate measures that have to be put in place."

The Court continued, stating that it did not regard itself as having the expertise to direct measures. Through the proceedings, the Court aspired that the authorities tasked with the responsibility of taking measures, "devoted their energy in this regard" and the measures "may be monitored in some degree", the Chief Justice dictated. The immediate concern is vote counting on May 2, he emphasised.

During the hearing, Chief Justice Banerjee voiced concern over supplies of vaccines and drugs to states and how existing supplies could be augmented.

"All the states appear to be somewhat helpless in this particular area, vaccines and drug are of great importance and Centre must, in our view, have some timeframe in place (to distribute and augment existing supplies", the Bench expressed.

In response to this request, the ASG agreed to place before the Court a timeframe on supplies of these essential commodities to the states and sought to make it available by Monday.

Chief Justice Banerjee underscored that any distribution of vaccines contemplated would have to be equitable, and that no one could say 'just give us (supplies) and ignore the rest of the country'.

Affirming the Centre's agreement with this, ASG Shankaranarayan remarked that the Centre was aiming at providing these commodities on pan-India.

In its order, the Court laid emphasis on how many had reservations about getting vaccinated and exhorted the State to institute vaccine drives across Tamil Nadu, particularly in lesser towns and rural areas, so as to encourage people to take the vaccine.

The government was additionally urged to upload on the Internet essential information relating to availability of beds, oxygen, and other aspects relevant to COVID-19 response so that people would not panic.

In its order, the Court went on to encourage citizens to exercise a degree of restraint" and trust that the state government would be "best suited to advise on the situation".

After the order was dictated, the Counsel for the Election Commission again sought a direction that the media's reportage be restricted to the matters on record.

"Thank you", the Court said, upon which the Court Officer called out the next item on the Cause List.