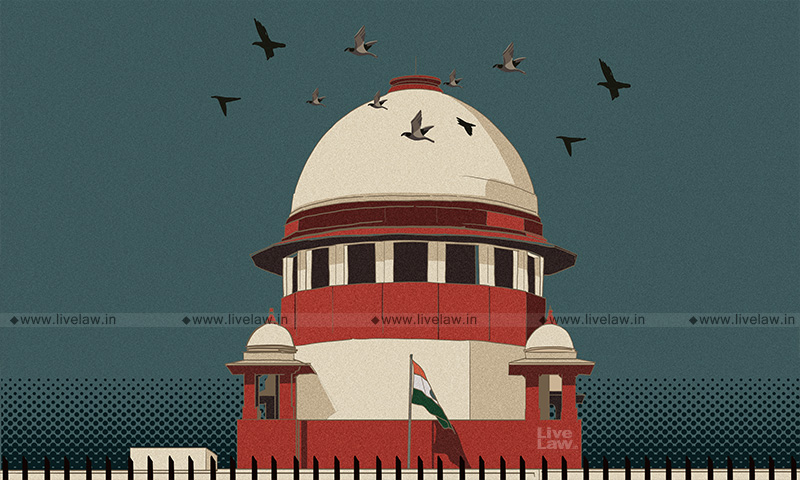 The Supreme Court on December 1, 2021 issued a slew of directions in the suo-motu case to deal with the vacancies in Consumer Commissions across the country.The bench of Justices SK Kaul and MM Sundresh made the following observations with regards to the Vacancy Position, Infrastructure and Staff Vacancies.Vacancy PositionThe bench after considering the comprehensive status report in respect...

The Supreme Court on December 1, 2021 issued a slew of directions in the suo-motu case to deal with the vacancies in Consumer Commissions across the country.

The bench of Justices SK Kaul and MM Sundresh made the following observations with regards to the Vacancy Position, Infrastructure and Staff Vacancies.

The bench after considering the comprehensive status report in respect of compliance of its directions passed on August 11, 2021 qua the appointment of members, said that the scenario that emerged was that the States were categorized under two headings, i.e., the States that had partially filled the vacancies and the States that had not filed any vacancies. It further said that in the second category too, a large number of States were stated to be reaching the culmination of the process.

It further in its order recorded the suggestion by the amicus that two months from the date of the order were enough for the States to fully comply, which included the ones which had partially complied but their vacancies had not been filled up. An exception with regards to the same was carved for the State of Maharashtra due to the pending SLP filed by the Centre and State challenging Bombay High Court's decision of quashing the Consumer Protection Rules, 2020.

"It is suggested by the learned Amicus Curiae that two months' time from today, i.e., by the end of January, 2022 should be enough for the States to fully comply, which include the ones which have partially complied but their vacancies have not been filled up, the exception being State of Maharashtra which will have to wait the decision in the special leave petition stated to be filed both by the Union of India and the State but not listed as yet. Learned Additional Solicitor General submits that steps will be taken to mention the same for listing," bench in its order said.

For the State of Punjab the bench said that it appeared that two persons that were sought to be appointed were facing an interdict from the Court and said that it expected the High Court to take a call one way or the other on the same as early as possible.

Noting that although the status report for the Union Territory of Lakshadweep showed that it had not even constituted the Selection Committee, but considering ASG Aman Lekhi's submission that the needful had been done on November 30, 2021 the bench said, "We expect the process to be completed within the stipulated time as aforesaid."

Deprecating the developments for the State of Rajasthan that were brought to the notice of Amicus Curiae at the nth moment, the bench said,

"We have put to learned counsel that if the time schedules directed by this Court are not adhered to we would take that the presence of the Chief Secretary would be required for enforcing our directions. The State to be careful in future."

On the aspect of non-receipt of information from the State of Kerala, the bench said, "Learned counsel for the State sought to urge that they had sent the information and needful has been done but then in terms of our last order, we have categorically stated that after submission of the information electronically, it should be verified from the office of the learned Amici Curiae. The State of Kerala is no exception which will not follow the norm!"

With regards to National Consumer Disputes Redressal Commission, the bench considered ASG Aman Lekhi's submission that a Committee headed by the Judge of Top Court was in seisin of the issue of selecting the persons to make recommendations.

With regards to the aspect of Legislative Impact Study, the bench in its order noted that the same was done in a hurry and that the data available was of CoVID period and thereafter said that a more detailed study was required on a continued basis.

Taking note of the fact that at the threshold a Committee headed by Justice (Retd.) Arijit Pasayat was appointed to examine the issue of infrastructure in C.A. No. 2740/2007, titled as, State of U.P. & Ors. vs. All U.P. Consumer Protection Bar Association, the bench directed the Registry to make available the final reports to the Amicus Curiae and also provided an alternative to obtain the same from Justice Arijit Pasayat.

Physical And Financial Progress Of Building Should Be Furnished With Utilisation At Each Level Of 50:50; Assistance For Non Building Assets Should Come Only After Construction Of Building

"Physical and financial progress of building may be furnished with utilization at each level of 50:50. Non-building assets should come only after building is constructed."

Expressing its dismay over the state-wise status of pending un-utilized financial assistance as on September 1, 2021, the bench said that utilization of the Central funding in turn required planning by the States so that the funds do not lapse.

"What this annexure reflects is a large part of pending funds under the category of "UC." which does not portray a very happy situation. It must be appreciated that the utilization of the Central funding in turn requires planning by the States so that the funds do not lapse. The project may be spread over a period of time and if the utilization is on the basis of the total funds available without taking into account the time period within which that infrastructure would be built, there is bound to be a situation of funds lapsing. For example, if 30 crores have to be spent in a financial year, and the projects undertaken are worth 30 crores spread over 3 years, then only 10 crores would be utilized and 20 crores would lapse. Thus, what is required is to take up as many projects as would result in a utilization of the fund in the given financial year so that the fund does not lapse," bench said.

On the aspect of submission of utilisation certificate in a prescribed form, the bench observed that,

"The second aspect of this is that the utilization certificate (UC) has to be submitted in a prescribed form. If that is not met, it will still be kept as pending a UC certificate. This is a scenario noticed not only qua this fund utilization but a general problem this Court has come across insofar as utilization of central funds are concerned. The bottom line is that there is a lack of coordination and understanding of the Scheme."

Nodal Officers To Be Appointed By Central Government, States and Union Territories to Appoint a Nodal Officer To Ensure Utilisation Of Funds With Proper Utilization Certificate Within Stipulated Time

The bench considered that although there were multi-member committees referred to as Empowered Committees which are supposed to overlook the entire scenario but due to the same being multi membered the occasion for them to meet at the convenience of all was a problem.

To facilitate the utilization of funds within the stipulated time, ensure that utilization certificates are submitted so that no part of the fund lapses, the bench said that there should be nodal officers assisting the Empowered Committees.

"We call upon the Central Government and the State Governments as well as the Union Territories to nominate the nodal officers for the said purpose within a week from today. These nodal officers will coordinate and assist the Empowered Committees. We make it clear that the Empowered Committees, the nodal officers, the States and the Union Government are all responsible to ensure that the funds allocated are utilized properly and within the time stipulated with proper utilization certificate to ensure that no fund lapses, and are utilized under the Scheme," bench said in this regards.

"We will not countenance a situation where funds are available from the Central Government and yet these deficiencies are not made up," bench said.

The Court also recorded Senior Advocate Anand Grover's appearing for the State of West Bengal's submission with regards to creation of washrooms for all the three genders.

"The timeline sought to be given by the States for recruiting staff members has expired in certain States while in the others it will expire if this is the way we have to go about it. Some of the States have given almost a 1.5 year plan. This is not acceptable. If the post of the adjudicating members is being filled in, they are not supposed to do everything themselves but have to be properly assisted. Thus every endeavour has to be made to see that the staffing process also gets completed within the next two months. If sanctioned posts are to be created, the needful be done. We have already set forth the timeline. The completion in two months would require a prelude i.e, wherever sanctioned posts have to be created, the same may be done within two weeks and wherever advertisements have to be issued, they should be issued within two weeks to facilitate filling up of posts within the period of two months. The filling up can be either through recruitment or by deputation. The States will scrutinize the report of the learned Amici Curiae closely which reflects in detail the vacancy position based on the input from the States and that all that we have done is to restrict the timeline for completion to two months rather than some of the States taking a longer period," bench in its order noted.

Directing the States to file a compliance report by the end of two months period of time, the bench listed the matter for further directions on February 23, 2022.