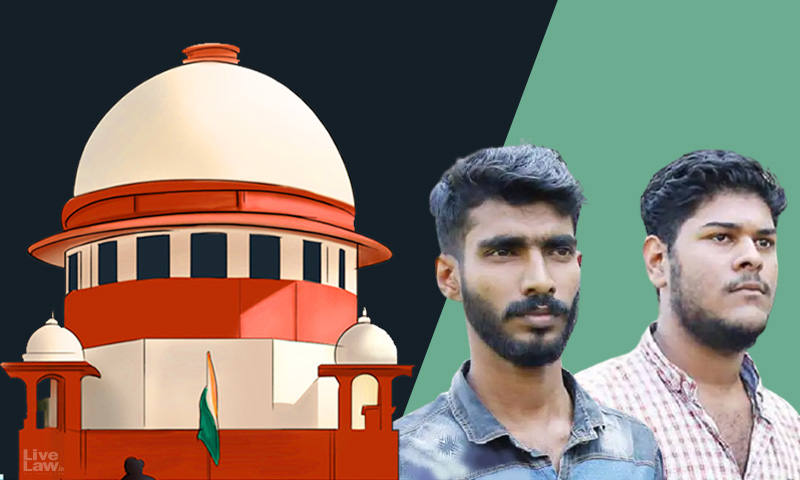 x
"If somebody has a book which is banned by the government, would that implicate them?",the Court asked during the hearing.

The Supreme Court on Wednesday asked the National Investigation Agency if based on the recovery of certain books, pamphlets, banners, notices etc and the shouting of slogans, the membership of a banned organisation and the intent to further its activities can be inferred so as to attract the draconian anti-terror law the Unlawful Activities Prevention Act(UAPA).The bench of Justices...

After the ASG concluded his submissions, Senior Advoacate R Basant, appearing for Allan Shuhaib, pointed out that the NIA has not obtained sanction under Section 45 of the UAPA to prosecute the accused under Section 20. So, the Special Court is barred from taking cognizance of the offence under Section 20.

The Court will hear the arguments of Basant tomorrow. Yesterday, Senior Advocate Jayant Muth Raj had concluded the arguments for Thwaha Fasal (report about that may be read here).